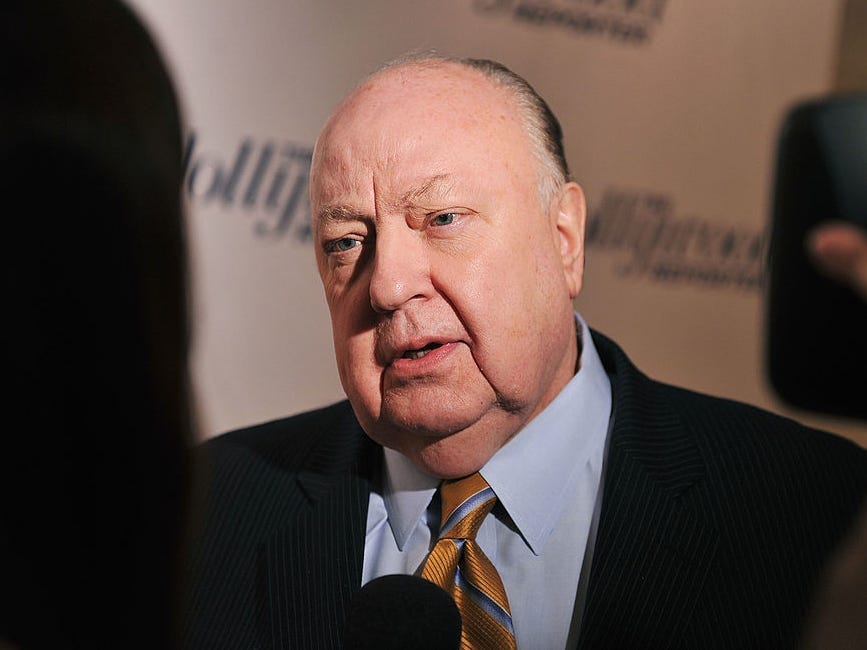 A former Fox News employee who accused Roger Ailes of sexually abusing her for years filed a lawsuit on Wednesday against the network, alleging it enabled and covered up the abuse.

Laura Luhn, who worked as a booker for Fox, first came forward with allegations against Ailes, the former CEO and chairman of Fox News, in 2016, after other accusations against Ailes surfaced. The lawsuit filed Wednesday in the state of New York details the alleged abuse as well as efforts to silence and intimidate her.

“Ailes’s abuse of Luhn was among the worst he inflicted on his many victims,” the lawsuit said, adding: “He physically forced Luhn to perform oral sex on him regularly. And he constantly reminded Luhn that he ‘owned’ her, that she was his ‘sex slave,’ and that she was forbidden from telling anyone about the abuse or he would make her pay dearly.”

The lawsuit also accused Ailes of “blackmailing” Luhn with photos and recordings that he made of their encounters: “All the while, Ailes held the photographs and videos he had of Luhn over her head, at various times describing them as his ‘insurance policy,’ telling Luhn that he kept them in a safe-deposit box and reminding Luhn of his ‘loyalty requirement’ and the fact that he ‘owned’ her.”

The lawsuit named Fox News, Twenty-First Century Fox, and William Shine, a former Fox News executive who also had a brief stint in the Trump White House. It accuses Fox News of “directly enabling” and “actively covering up” the abuse and alleges that corporate leadership knew of abuse committed by Ailes and others but “did nothing to stop it,” instead engaging in “coordinated public smear campaigns” against victims.

Luhn wrote a letter to Fox’s general counsel in 2011 detailing her allegations against Ailes, eventually settling with the network to receive her salary until retirement age, or $250,o00 for 12 years, according to Wednesday’s lawsuit, which claimed Fox withheld 30% of the payments as though they were wages. New York Magazine previously reported the settlement involved elaborate nondisclosure provisions and barred Luhn from ever going to court against Fox or speaking to government authorities like the Equal Employment Opportunity Commission or the FBI.

When reached by Insider Wednesday, Fox News said in a statement: “This matter was settled years ago, dismissed in subsequent litigation, and is meritless.”

Among the accusations regarding the network’s handling of alleged abuse, the lawsuit said agents for Fox News would say Ailes was “just going through a rough time” or “boys will be boys.” Luhn said that when she reported being groped by “a well-known political analyst” who regularly appeared on Fox, she was similarly told “boys will be boys. Bill Clinton is the same way.”

The years of abuse Luhn experienced led her to having a “mental breakdown” and she is still “unable to function normally in everyday life,” with frequent flashbacks of the abuse, according to the lawsuit.

In a statement provided to Insider, Barbara Whiten Balliette, a lawyer for Luhn and partner at Reid Collins & Tsai LLP, said: “This case is about finally securing justice for Ms. Luhn. The sexual abuse that she suffered while working at Fox News was some of the worst imaginable. This abuse went on for years and was known about by some of the most powerful people at Fox News, yet no one stepped in to help or to stop what was happening to Ms. Luhn.”

She also acknowledged the Adult Survivors Act, which was signed in 2022 and created a one-year window for survivors of sexual assault to sue their abusers regardless of the statute of limitations.

Luhn is one of several women who have accused Ailes of sexual assault or harassment, including Gretchen Carlson and Megyn Kelly. Ailes resigned from Fox in 2016 while continuing to deny the allegations, and died the following year.