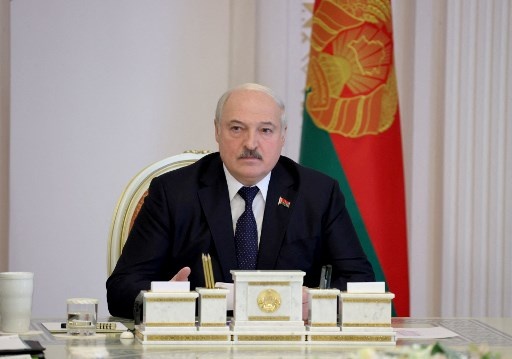 Belarusian dictator Alexander Lukashenko has called on President Volodymyr Zelensky to stop the war immediately and enter into peace talks with Russia to avoid further casualties.

“Everything is up to Ukraine. Indeed, everything is now in the hands of Ukraine. If they do not want to see numerous deaths among their people, they should stop. It’s difficult, but this must stop. It must be stopped because it will result in the complete destruction of Ukraine,” Lukashenko said on Thursday, Nov. 24.

He added that the very existence of Ukraine as a state is now in jeopardy.

Meanwhile, Dmitry Peskov, spokesman for Russian President Vladimir Putin, once again laid blame on Ukraine for the damage caused by Russian missile attacks. He said that Ukraine was responsible for the fallout from the strikes and that Kyiv could end the attacks by acquiescing to Russia’s demands.

Ukraine “has every opportunity to settle the situation, to fulfill Russia’s demands and, as a result, end all possible suffering of the civilian population,” Peskov said.

On Nov. 24, Russia once again denied targeting Kyiv, instead accusing “foreign and Ukrainian” air defense systems of pummeling the capital with missiles. Critical energy facilities, as well as residential areas, were targeted in attacks on Nov. 23, leaving ten people dead.

“Not a single strike was made on targets within the city of Kyiv,” the Russian defense ministry said, adding that “any damage was the result of the fall of missiles from foreign and Ukrainian air defense systems located in residential areas of the Ukrainian capital.”

Audio Review via Michael Novakhov on Inoreader
Scott R. Anderson on the Past, the Present, and the Future of the 2002 AUMF
byThe Lawfare Institute

The 2002 Iraq AUMF authorized the invasion of Iraq and a variety of U.S. military activities since then, and a large bipartisan group of senators and representatives have decided it’s time for it to go away. A repeal bill was passed by the House and is awaiting action in the Senate, but we don’t know if there’s going to be time for that action before the Senate adjourns.

It’s a good opportunity to have a conversation about this orphaned AUMF that just keeps on going like the Energizer Bunny through the decades. To talk through the history of the 2002 AUMF, its surprising rebirth, and its dangerous continued life, Lawfare editor-in-chief Benjamin Wittes sat down with Lawfare senior editor Scott R. Anderson, who recently wrote a two-part series on the subject for Lawfare, focusing on the history and practice of the 2002 AUMF, as well as its interpretations and implications.

Scott R. Anderson on the Past, the Present, and the Future of the 2002 AUMF
The Lawfare Institute
AP Headline News – Nov 30 2022 05:00 (EST)
The Associated Press
Should The Government Stop A Rail Strike In Its Tracks?
FOX News Radio
Search Results placeholder