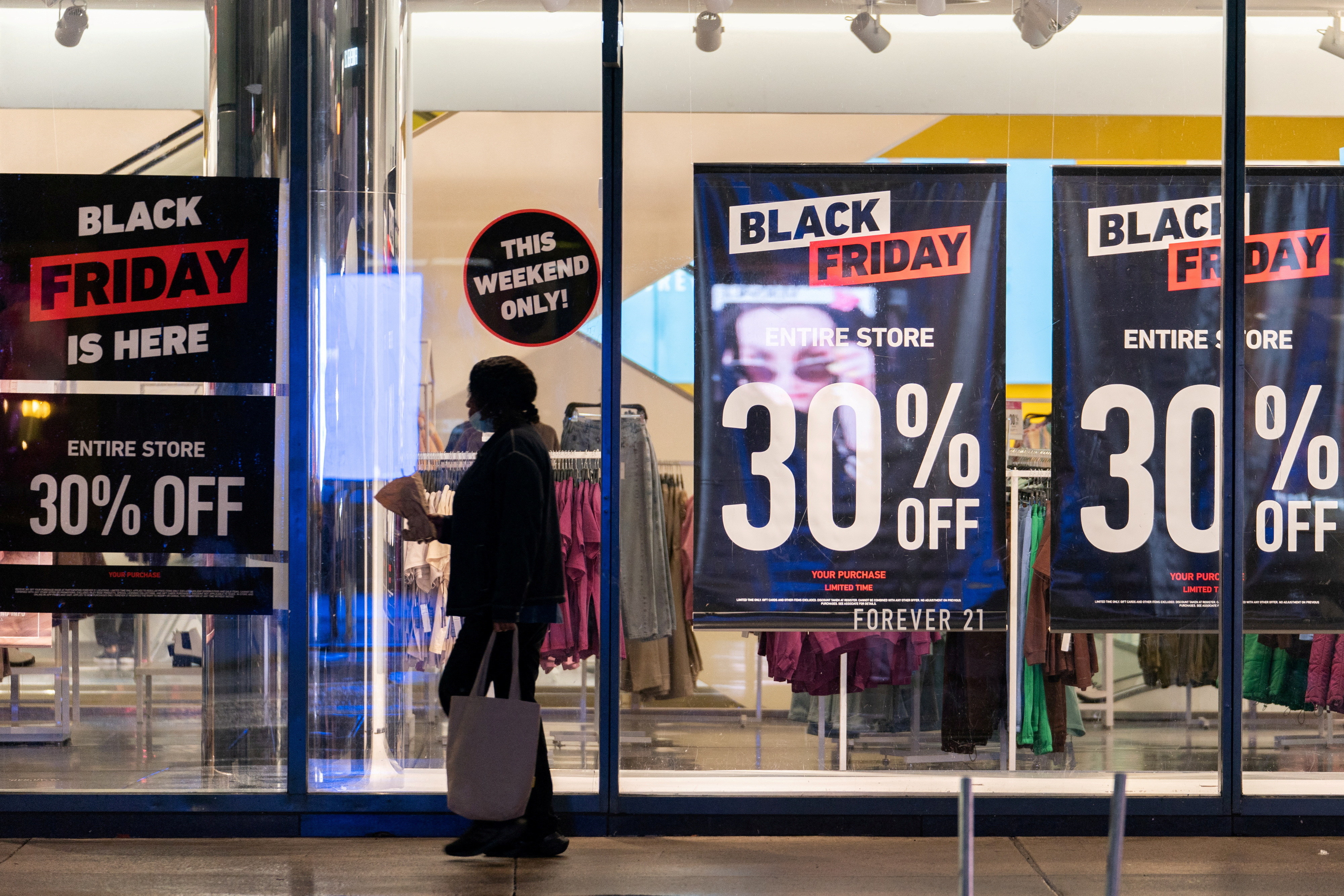 Inflation-weary shoppers were expected to turn out in record numbers for deals on Black Friday. But thin crowds were seen outside many stores in New York, Raleigh, Chicago and Los Angeles on what historically has been the busiest shopping day of the year.

Many who opened their wallets in the United States said their purchases were strategic, not impulsive or splurges. “We’ve been waiting” for discounts, said Tulio Rose, 28, who picked up a big-screen TV at Best Buy in Los Angeles, while shopping with Barnisha Nill, 35. They saved about $500 on the 85-inch Samsung TV for their new apartment.

An estimated 166.3 million people are planning to shop from Thanksgiving Day through Cyber Monday this year, according to the National Retail Federation, almost 8 million more than last year. But with sporadic rain in some parts of the country, stores were less busy than usual on Black Friday.

“Usually at this time of the year you struggle to find parking. This year I haven’t had an issue getting a parking spot,” Marshal Cohen, chief industry adviser of the NPD Group Inc said.

“It’s a lot of social shopping, everybody is only looking to get what they need. There is no sense of urgency,” Cohen said based on his store checks in New York, New Jersey, Maryland and Virginia.

At the American Dream mall in East Rutherford, New Jersey, there were no lines outside stores. A Toys ‘R’ Us employee was handing out flyers with a list of the Black Friday “door buster” promotions.

However, those who did make it to the mall were surprised at the deals on offer.

“There’s a lot of deals that weren’t advertised. Some of the stores I got 50% off everything I bought,” said Christine Chavez, 45. She added that she is primarily gift shopping and picked up items from Victoria Secret and Torrid.

“I was hesitant to come to the mall, and I have to say I’m pleasantly surprised.”

Many shoppers looking for Apple’s (AAPL.O) latest high-end phones returned empty handed from its stores this Black Friday as the technology company struggles with production snafus in China.

At a Dollar Tree (DLTR.O) in Rockville, Maryland, shoppers said they were looking for specific items or picking up household items like sodas and dish sponges.

J.R. Moran, 49, gripped strands of red and green tinsel and felt antlers, which he planned to use for an “ugly sweater.” But he said he would make other holiday purchases online. “Online shopping is more convenient nowadays,” he said.

U.S. shoppers spent nearly 3% more online on Thanksgiving Day this year, a report from Adobe Analytics showed, with purchases made on mobile phones driving the increase. Adobe Analytics, which measures e-commerce by tracking transactions at websites, has access to data covering purchases at 85% of the top 100 internet retailers in the United States.

A Dollar Tree shopper, Jen, who declined to give her last name, said her plan is to direct holiday spending primarily to things she and her loved ones need. She joined together with others to purchase a $400 Le Creuset Dutch oven at regular price for her boyfriend. Although she has money to spend from her new job as an e-commerce designer, she is “a little bit wary” of the likelihood of a recession, she said.

Retailers are offering steep discounts both online and in stores, which may pinch profit margins in the fourth quarter.

Consulting firm Kearney said its checks showed apparel retailers were the most active with sales, offering as much as 60% off on merchandise. TV sets and electronics also saw strong discounts to tempt consumers who have been tightening their purse strings.

Walmart ramped up marketing for the holiday, purchasing ad space on Twitter and Instagram, during National Football League games and on billboards near New York City’s Penn Station.

Amazon (AMZN.O) was offering a plethora of deals, including up to 42% off on Roomba vacuums, 45% off on Calvin Klein men’s T-shirts and up to 50% off on Chromebooks from Lenovo, HP, Acer and ASUS.

“It’s hard to tell how Black Friday is panning out so far,” said Michael Brown, a partner at Kearney. “We have to look at the whole holiday season. The slowness in purchasing might get pushed out to Cyber Monday or further.”

Black Friday is expected to bring in $9 billion from online sales, a modest increase of 1% from last year, with shoppers now flocking to brick-and-mortar stores after a pandemic-led pause over the last two years.

Americans, especially from low-income households, are expected to pull back this year as inflation and higher energy prices pinch spending power.

Europe’s retailers face a worsening cost-of-living crisis and the distraction of the soccer World Cup.