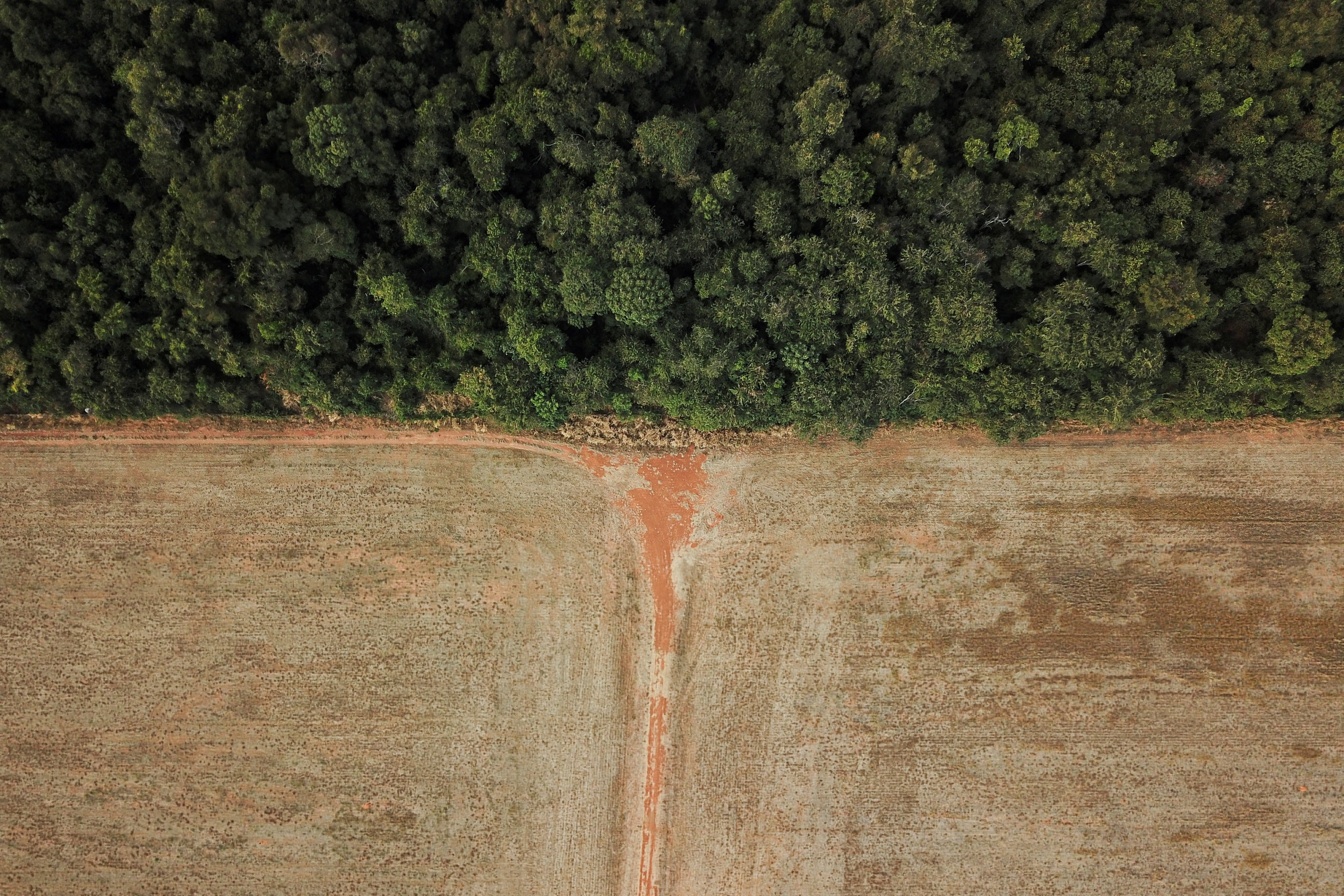 An aerial view shows deforestation near a forest on the border between Amazonia and Cerrado in Nova Xavantina, Mato Grosso state, Brazil July 28, 2021. Picture taken with a drone on July 28, 2021. REUTERS/Amanda Perobelli/File Photo

Brazil runs the risk of losing control over its vast Amazon rainforest region to organized crime and traffickers who use the lawless region to smuggle drugs, a Supreme Court judge warned on Wednesday.

Justice Luis Roberto Barroso proposed that environmental experts, investors and local authorities come together to brainstorm on how to foster sustainable development that would preserve the Amazon rainforest, the world’s largest, and help the livelihood of the 25 million people who live there.

The Amazon absorbs vast amounts of greenhouse gas responsible for global warming and its preservation is seen as essential to the fight against climate change.

“There is a real risk of losing the sovereignty of the Amazon not to any other country, but to organized crime,” he said in an interview.

Under Brazil’s current President Jair Bolsonaro, illegal activities have surged in the Amazon, encouraged by the easing of environmental protections and reduced funding for enforcement agencies.

“Brazilian authorities will have to be very committed to confronting environmental crimes such as illegal logging and mining, deforestation, land grabs and the murder of defenders of the forest,” Barroso said.

Barroso, who attended COP27 United Nations climate talks in Egypt in November, proposed that Brazil gather “the best minds in the world” to discuss how to develop a “bioeconomy” for the Amazon to stop the degradation of the region.

“We obviously want the world’s ideas, but without giving up one millimeter of sovereignty,” he said.

Brazil’s outgoing president Bolsonaro has criticized foreign environmentalists and non-governmental organizations for impinging on Brazilian sovereignty over the Amazon.

The far-right president appointed climate skeptics as ministers and saw deforestation in Brazil’s Amazon rainforest spike to a 15-year high.

Bolsonaro paralyzed the Amazon Fund, to which Norway and Germany contributed more than $1 billion for the support of sustainable projects in the region.

The fund will restart when President-elect Luiz Inacio Lula da Silva, who defeated Bolsonaro in the October elections, takes office in January. Lula has pledged to end the criminal impunity in the Amazon and crack down on environmental crimes.