More Chinese cities including Urumqi in the far west announced an easing of coronavirus curbs on Sunday as China tries to make its zero-COVID policy more targeted and less onerous after unprecedented protests against restrictions last weekend.

Urumqi, the capital of the Xinjiang region and where the protests first erupted, will reopen malls, markets, restaurants and other venues from Monday, authorities said, ending strict lockdowns after months.

There was no sign of any significant unrest this weekend, although police were out in force in the Liangmaqiao area of Beijing and in Shanghai around Wulumuqi Road, which is named after Urumqi. Both sites saw protests a week ago.

A deadly fire last month in Urumqi sparked dozens of protests against COVID curbs in over 20 cities after some social media users said victims had been unable to escape the blaze because their apartment building was locked down. Authorities denied that.

The protests were an unprecedented show of civil disobedience in mainland China since President Xi Jinping took power in 2012.

In the days since, numerous cities have announced the easing of lockdowns, testing requirements, and quarantine rules.

Vice Premier Sun Chunlan, who oversees COVID efforts, said last week the ability of the virus to cause disease was weakening – a change in messaging that aligns with what many health authorities around the world have said for more than a year.

China is set to further announce a nationwide easing of testing requirements as well as allowing positive cases and close contacts to isolate at home under certain conditions, people familiar with the matter told Reuters last week.

For the time being, steps to ease restrictions have varied across the country.

From Monday, people in Shanghai will no longer have to show a negative COVID test to take public transport and visit parks, authorities announced on Sunday.

Earlier on Sunday, the city of Nanning, capital of the southern region of Guangxi, cancelled a requirement for a negative COVID test to take the subway.

On Saturday in Beijing, authorities said the purchase of fever, cough and sore throat medicines no longer required registration. The restriction had been imposed because authorities believed people were using the medication to hide COVID infections.

Authorities in various districts in the capital have in recent days announced that people who test positive for the virus can quarantine at home.

Some inconsistencies as the restrictions are eased have angered people, including a requirement in some places for a negative COVID test even though mass testing centres were closing.

In Beijing and Wuhan city, where the virus first emerged in late 2019, that caused lengthy queues at the few remaining testing booths.

“Are they stupid or just plain mean?” one social media user asked. “We shouldn’t shut down COVID testing stations until we get rid of the COVID test pass.”

New daily case numbers dropped nationwide to 31,824, authorities said on Sunday, which may be due in part to fewer people being tested. Authorities also reported two new COVID deaths.

Xi’s zero-COVID policy has made China had a devastating impact on the world’s second-largest economy and roiled global supply chains.

China argues the policy, which has all-but-shut its borders to travel, is necessary to save lives and prevent the health care system from being overwhelmed.

Despite the easing of restrictions, many experts said China was unlikely to begin significant reopening before March at the earliest, given the need to ramp up vaccinations, especially among its vast elderly population.

“Although there have been quite a few local changes to COVID policies lately, we do not interpret them as China abandoning zero-COVID policy just yet,” Goldman Sachs said in a note on Sunday.

“Rather, we see them as clear evidence of the Chinese government preparing for an exit, and trying to minimize the economic and social cost of COVID control in the meantime. The preparations may last a few months and there are likely to be challenges along the way.”

Estimates for how many deaths China could see if it pivots to a full reopening have ranged from 1.3 million to more than 2 million, though some researchers said the death toll could be reduced sharply if there was a focus on vaccination.

Authorities recently announced they would speed up COVID vaccinations for elderly people but many remain reluctant to get the jab.

“Some people have doubts about the safety and effectiveness of the country’s new coronavirus vaccine,” an article in the ruling Communist Party’s official People’s Daily said on Sunday.

“Experts say this perception is wrong,” it said, adding that domestically made vaccines were safe.

Foreign COVID vaccines are not approved in China and Xi is unwilling to change that, U.S. Director of National Intelligence Avril Haines said on Saturday. 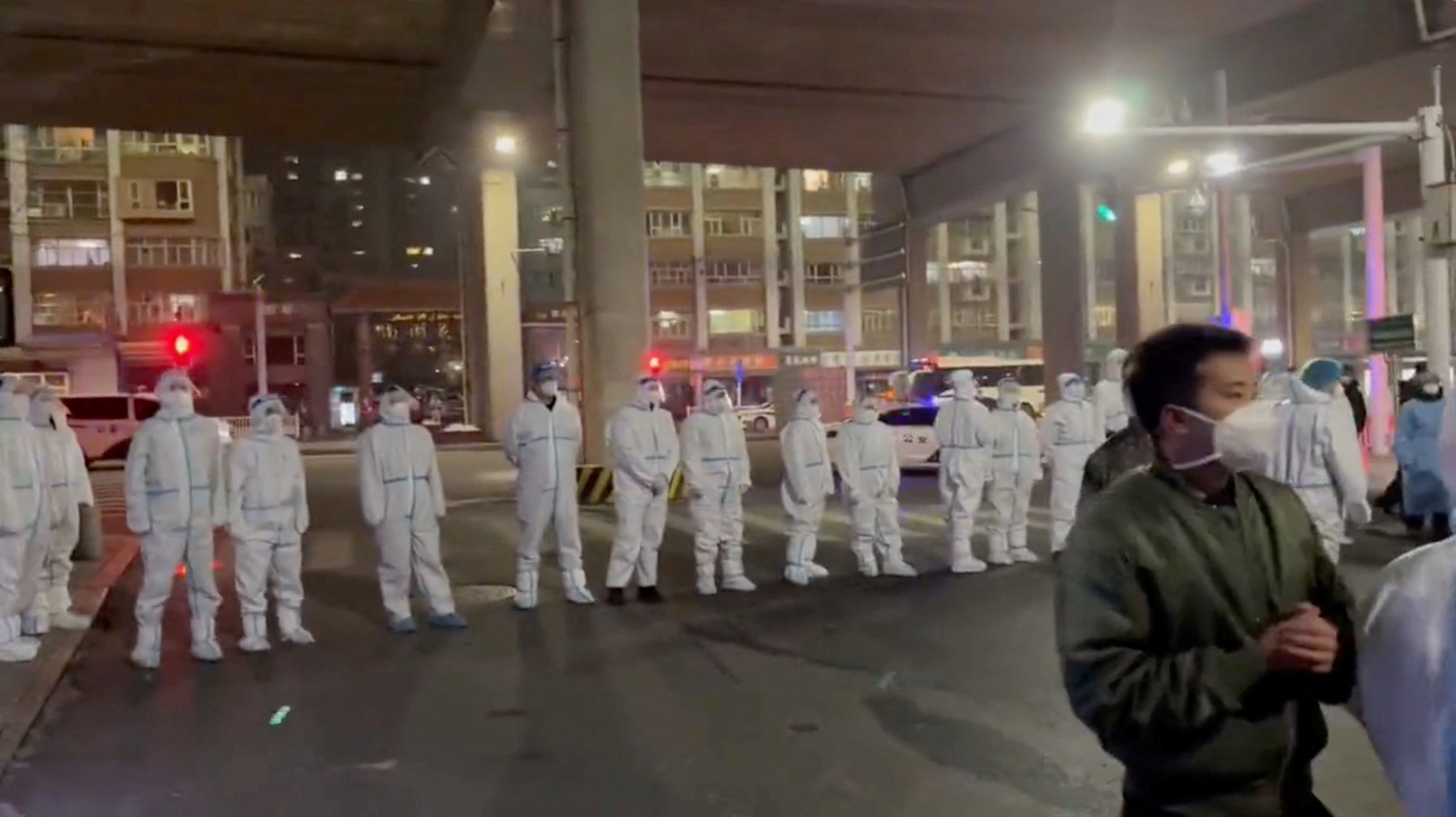 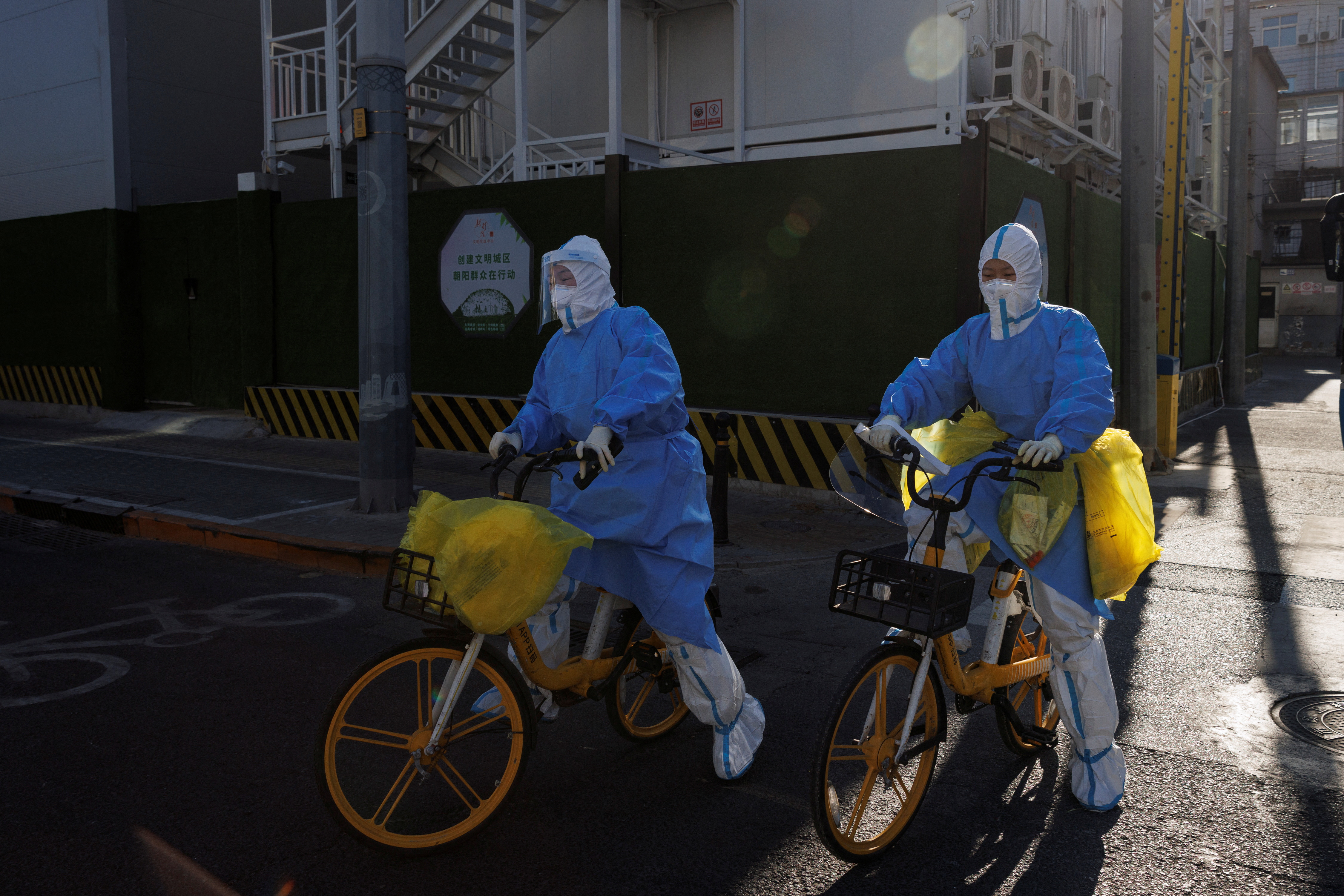 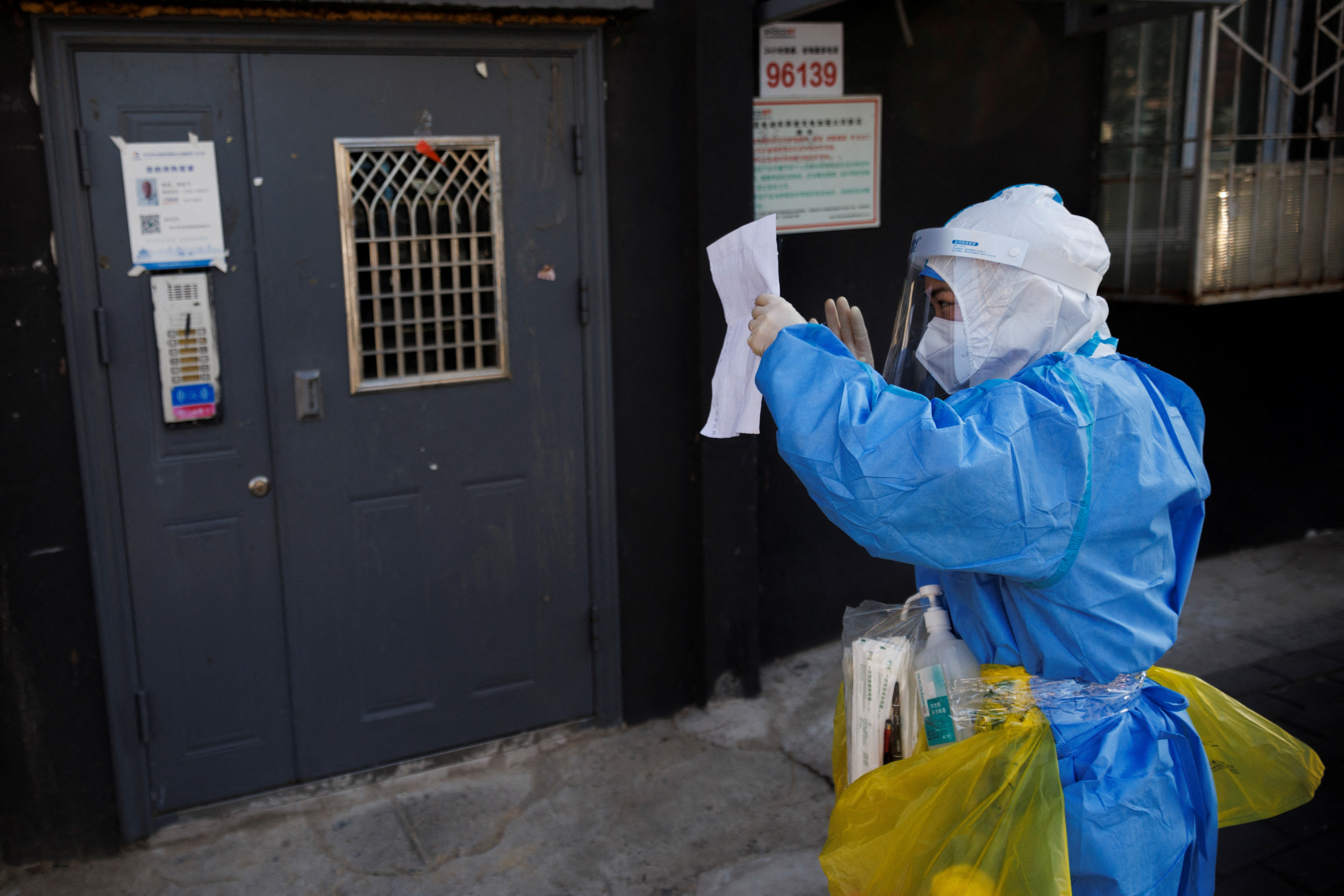 A health worker in protective suit checks the address of a resident to administer a nucleic acid test as coronavirus disease (COVID-19) outbreaks continue in Beijing, December 4, 2022. REUTERS/Thomas Peter 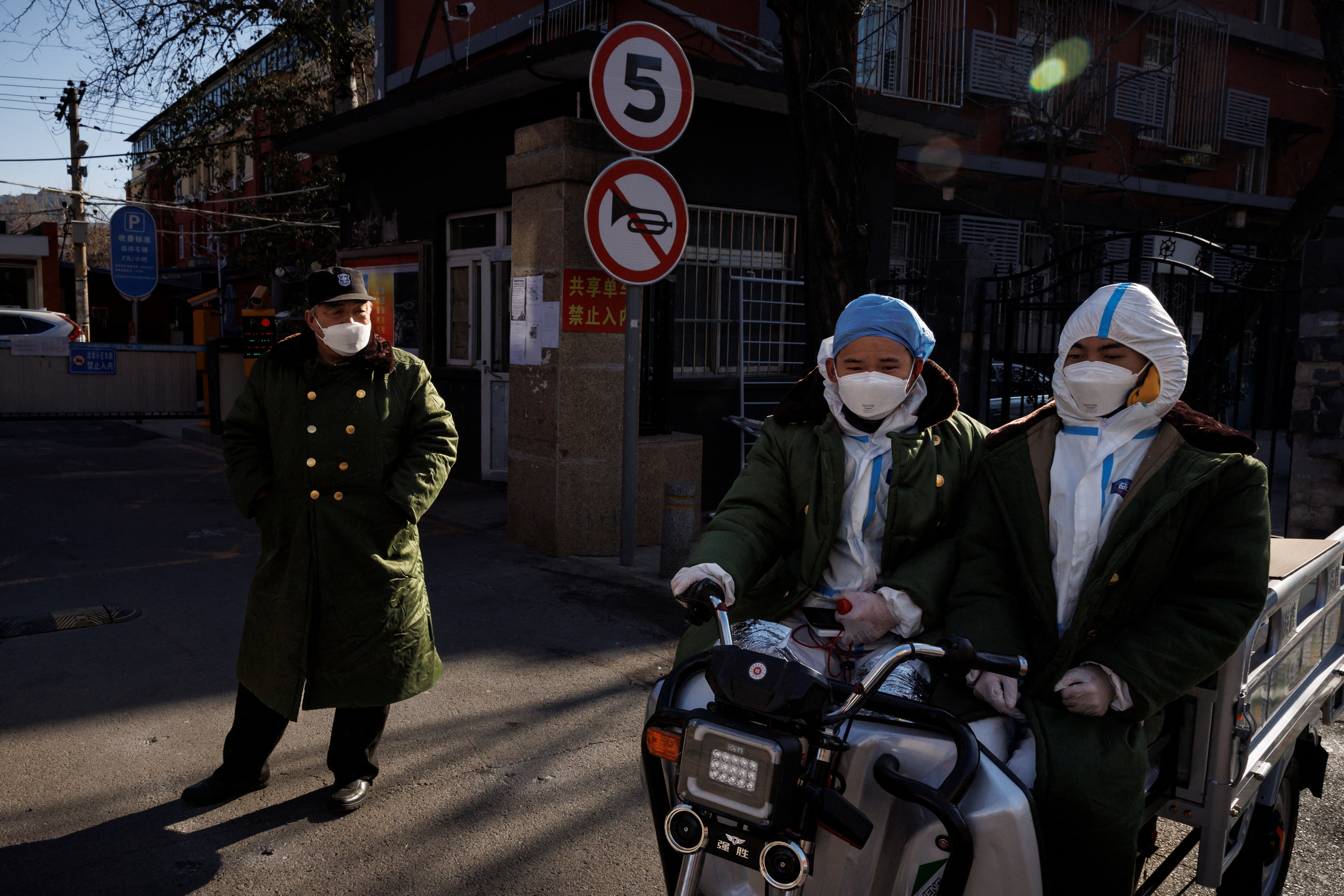 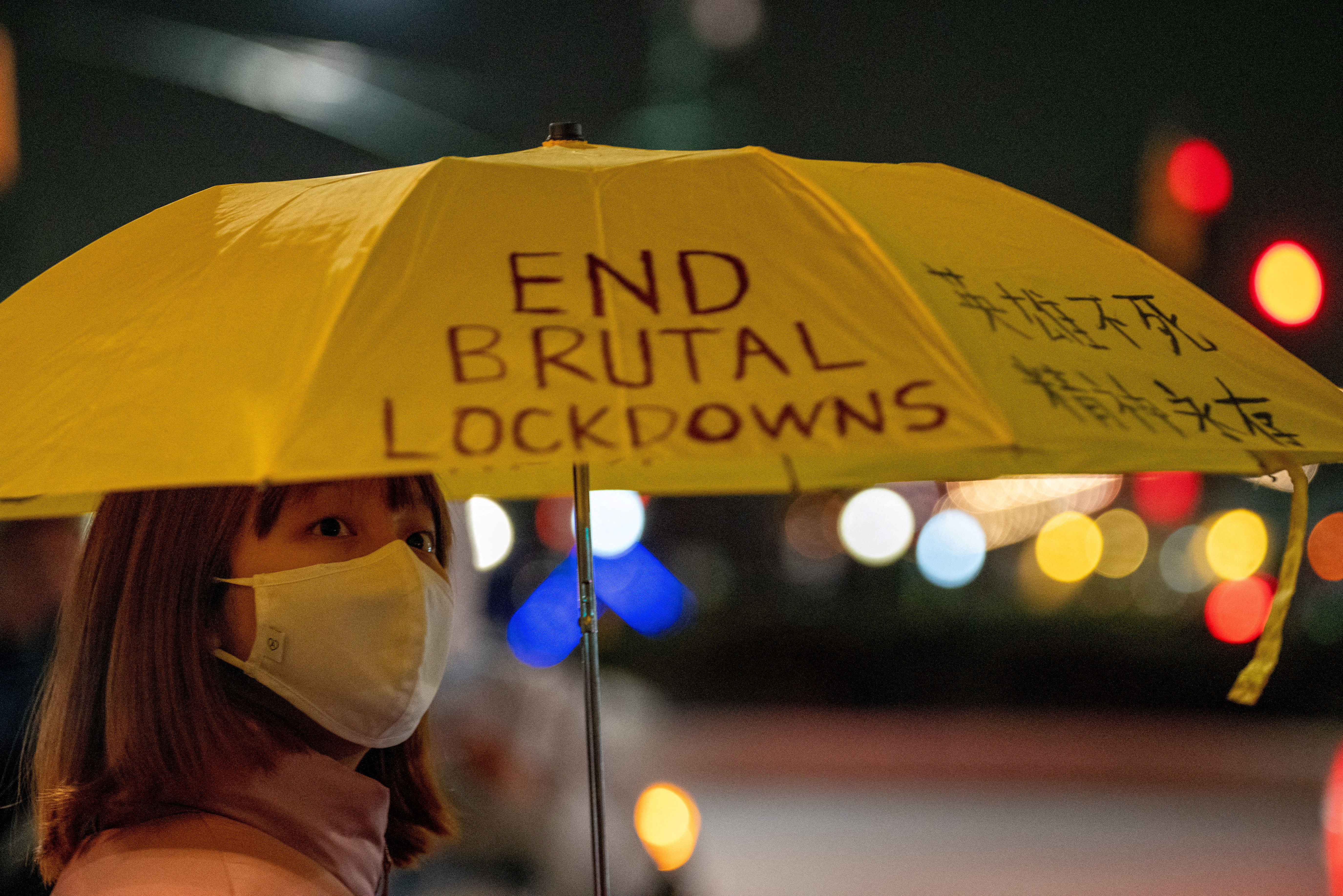 A person holding an umbrella with a slogan on it takes part in anti-Chinese government protests, amid China’s “zero-COVID” policy, near the Chinese consulate in New York City, U.S., November 29, 2022. REUTERS/David ‘Dee’ Delgado 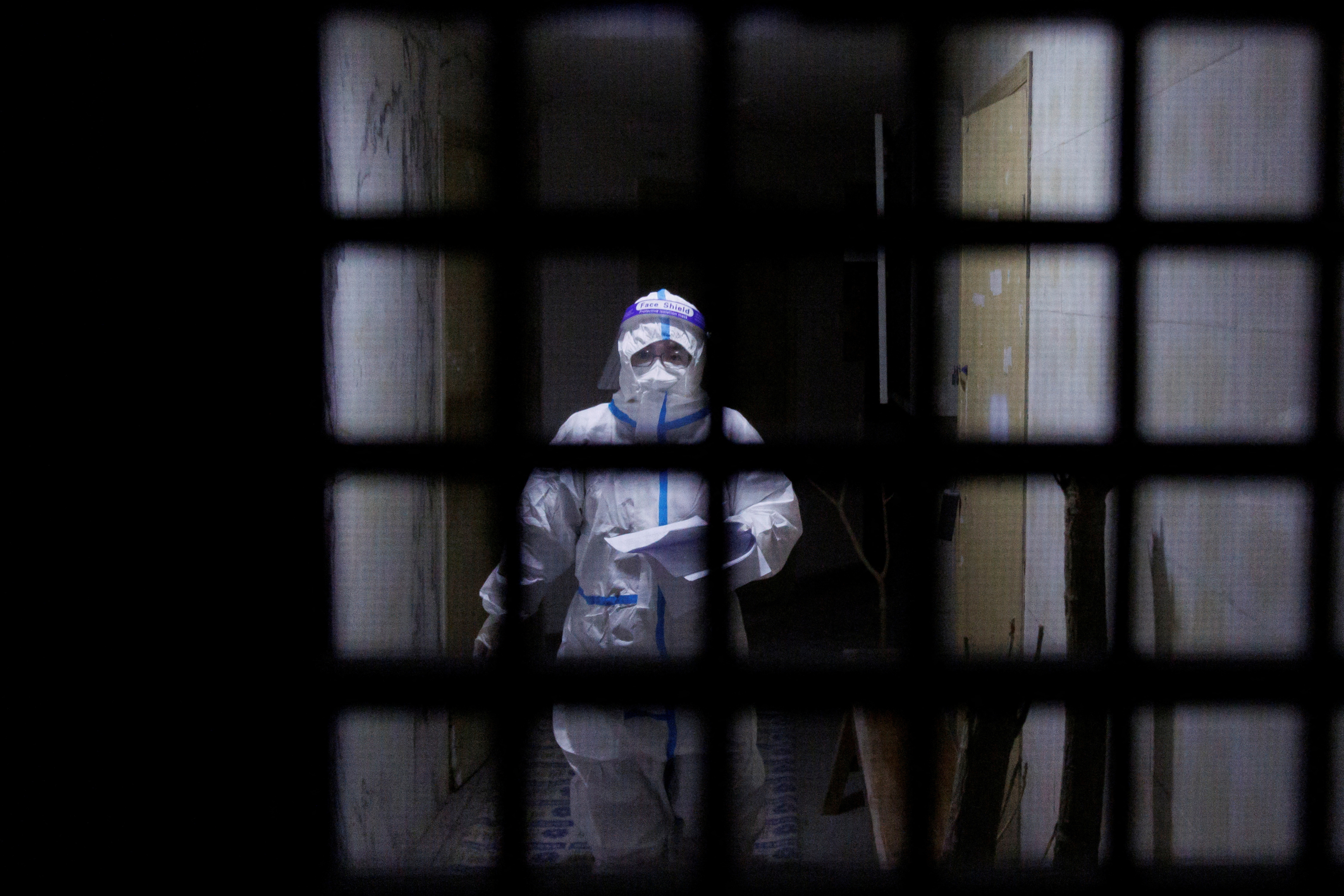 A pandemic prevention worker in a protective suit approaches an apartment in a building that went into lockdown as coronavirus disease (COVID-19) outbreaks continue in Beijing, December 2, 2022. REUTERS/Thomas Peter

A fire truck shoots water at a burning residential building in Urumqi, Xinjiang, China in this still image obtained from undated social media video released November 24, 2022. The fire killed 10 people and was a catalyst for nationwide protests against COVID-19 lockdowns. Video obtained by REUTERS 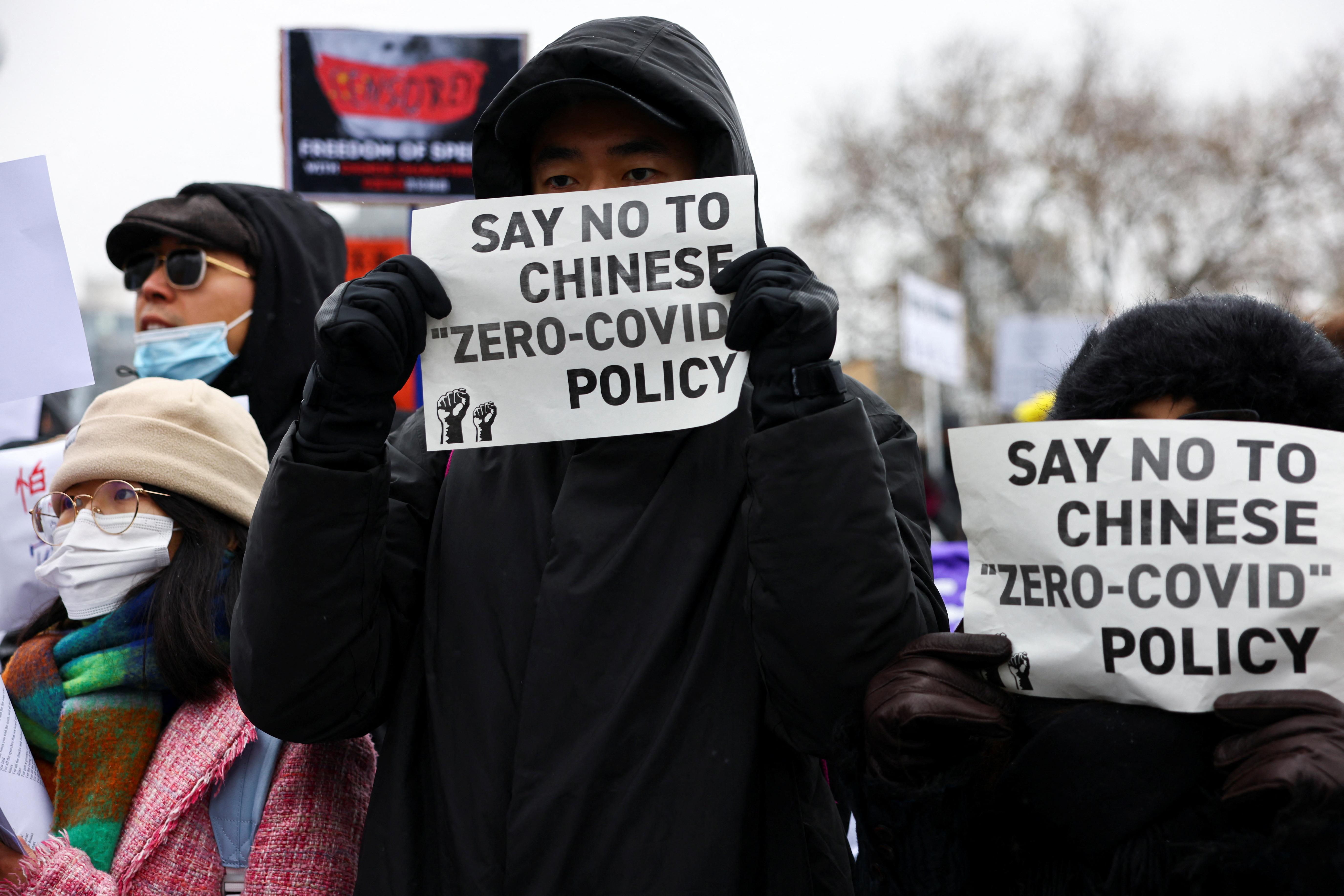