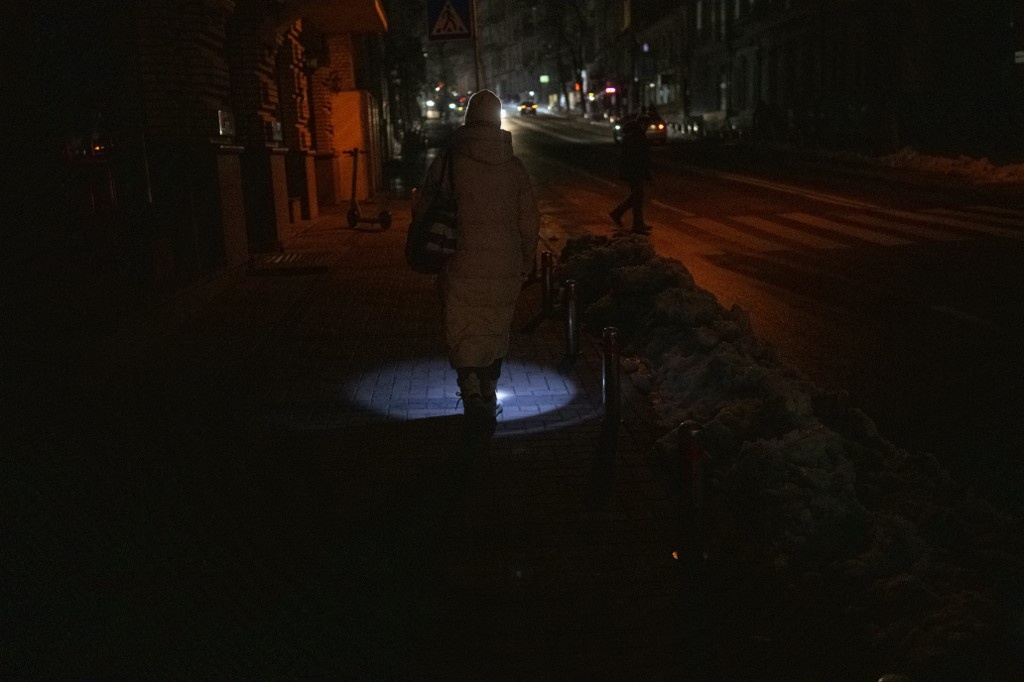 What happened on Wednesday?

A wave of around 70 Russian missiles, as well as drones, struck cities across Ukraine on Wednesday afternoon (Nov. 23), in a continuation of the Kremlin’s deliberate targeting of civilian infrastructure.

What did they hit?

Power supplies in southern and eastern regions were disrupted, and Lviv Mayor Andriy Sadovyi said half of the western city was without electricity.

In Kyiv, there were water and electricity cuts as engineers raced to fix the system as best they could.

Overnight, 70 percent of the city was without electricity as temperatures hovered just above freezing.

Kyiv Mayor Vitali Klitschko wrote on Telegram that three people were killed in the attacks in the capital, including a 17-year-old girl, while 11 residents were injured.

Reporters at the scene of one strike in Kyiv saw the burnt out remains of two cars and the bodies of two people killed in the blast.

On Thursday morning (Nov. 24) water was running on the left bank of the Dnipro river and Klitschko said those living on the right side of the city should have water “in the first half of the day.”

Neighboring Moldova, whose electricity grid is connected to Ukraine’s, said it was suffering massive blackouts caused by the missile barrage. President of Moldova Maia Sandu accused Russia of leaving her country “in the dark.”

In Zaporizhzhia earlier on Wednesday, Russian strikes smashed into a hospital in the city of Vilniansk, killing a newborn baby in the maternity ward. “Grief fills our hearts,” said Oleksandr Starukh, the head of the region, in the wake of the attack.

Why is Russia targeting civilian infrastructure?

Russia’s armed forces have faced defeat after defeat on the battlefield, most recently being forced into a humiliating retreat from the southern city of Kherson.

Unable to win in a fight with Ukraine’s army, the Kremlin is desperate for something it can sell to its people as a victory, so is now reduced to launching long-range missiles at civilian targets in an attempt to freeze the country’s population into submission.

In a poor attempt to justify the tactic, Russia says the aim of the missile strike campaign is to weaken Ukraine’s ability to fight and push it to negotiate.

What has Ukraine said?

President Volodymyr Zelensky told an emergency meeting of the UN Security Council on Wednesday that Russian air strikes on Ukraine’s battered power grid were an “obvious crime against humanity.”

“When we have the temperature below zero, and millions of people without energy supplies, without heating, without water, this is an obvious crime against humanity,” he told the meeting in New York via video-link.

What is the world saying?

“The objective is clear: in the face of military defeats, to sow terror,” de Rivière told the UN Security Council on Wednesday. “The continuation of these reprisals is intolerable.”

What are they going to do about it?

“Ukrainians are currently without electricity as a result of Russia’s attacks on critical civilian infrastructure,” Metsola said.

Mayor of the Italian city of Florence, Dario Nardella, who heads a network of local authorities in Europe, said he was looking to coordinate a group of 200 cities around the continent to send generators they have in storage to Ukraine.

“We’ve got the potential of sending several hundred, even industrial-sized, generators which will be able to produce quite a lot of power,” Nardella said.

But he said the top priority for Kyiv was to get other heavy equipment needed for the “immediate recovery” of the country’s power grid.

“We need to ensure generation and sustainable distribution of energy to sustain our economy,” Yermak said.