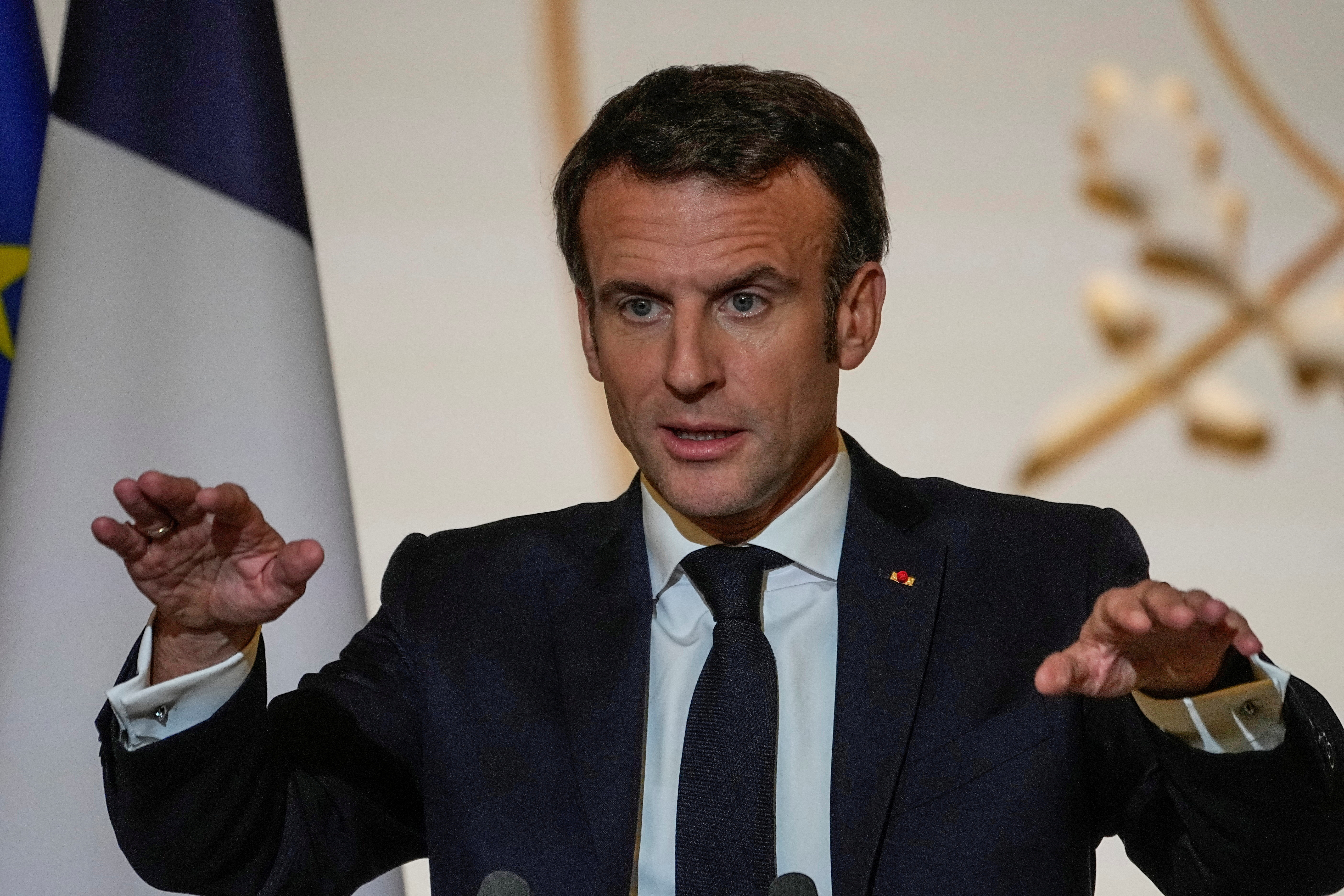 French President Emmanuel Macron delivers a speech as he hosts a reception for the mayors of France, at the Elysee Palace, in Paris, France, November 23, 2022. Michel Euler/Pool via REUTERS/File Photo

While EU countries welcome the new commitment to energy transition, they fear the $430 billion Inflation Reduction Act will put their companies at an unfair disadvantage.

EU countries are worried their companies will suffer because of U.S. tax breaks for components used in renewable energy technologies like electric cars on condition they are made in North America.

French Finance Minister Bruno Le Maire says that while subsidies to foster energy transition are fair game, they should comply with WTO rules and there should be a level playing field.

Not only do the tax breaks put European companies at a disadvantage to U.S. rivals, but EU state aid rules prevent EU countries from offering as generous tax breaks to companies looking to set up factories as they can get in the United States.

The EU is not Washington’s only ally up in arms about the package, with South Korea also concerned its carmakers will not be eligible for the U.S. tax breaks.

Since any major revision by the U.S. Congress is out of the picture, European officials say their best hope is to secure exemptions along the lines of what Canada and Mexico already have.

While the European Commission and the White House have set up a high-level task force for talks, Macron aims to use his political clout to push the case for exemptions at the highest level during his state visit.

EU governments want a solution quickly, possibly with an arrangement agreed at an EU-U.S. Trade and Technology Council meeting on Dec. 5.

Even though no one wants to rekindle trade tensions that damaged transatlantic relations during the Trump administration, European officials say that bringing the issue before the WTO remains an option if talks go nowhere.

However, a riposte from Europe would likely face resistance from more traditionally free trade friendly nations such as the Netherlands and Sweden.

France has led calls for Europe to respond with state support of its own for European companies, including through a “buy European act” and large-scale subsidies.

While not as vocal about the possibility for a massive subsidy programme, Germany has shown interest in supporting European industry although its coalition-led government is far from united about how to do so.

Vice-Chancellor Robert Habeck, a green politician who met Macron last week, has gone so far as to say the EU could set targets for domestically produced products.

Meanwhile, some German officials point out that 200 billion euros in EU pandemic recovery funds remain available and could be repurposed to support industry.

European governments can also pool resources to subsidise cross-border projects deemed to be in the broader EU interest, but getting such initiatives approved by the European Commission can often prove long and complicated.

With a number of big projects in the pipeline, Le Maire and Habeck last week called on the Commission to streamline and speed up the approval process.