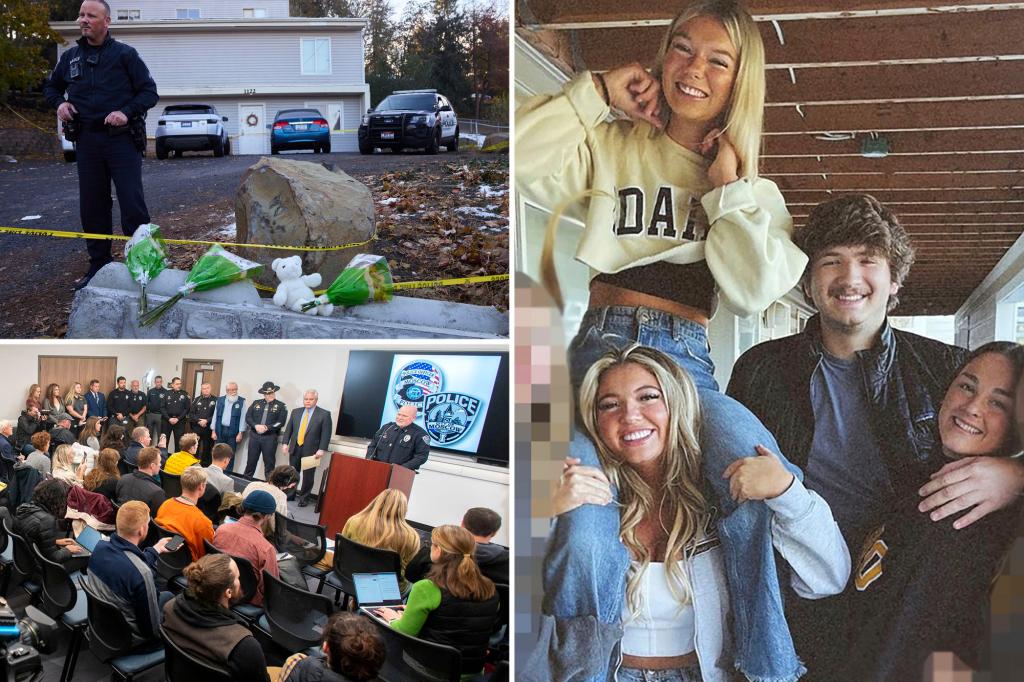 MOSCOW, Idaho — The FBI has joined the investigation into the gruesome stabbing murders of four University of Idaho students — as prosecutors warn that the killer, or killers, are still at large.

Moscow Police Chief James Fry said the FBI has joined the Latah County Sheriff’s Office and the Idaho State Police to investigate the bloody murders, which happened at the students’ off-campus home.

“Currently, we have 25-plus investigators working this case,” Fry said.

The murderer is “still out here,” Fry added, noting that “investigators are continuing to collect evidence at the scene.”

Meanwhile, Latah County Prosecuting Attorney Bill Thompson said, “It certainly is possible” there is more than one suspect on the “Today” show Thursday. 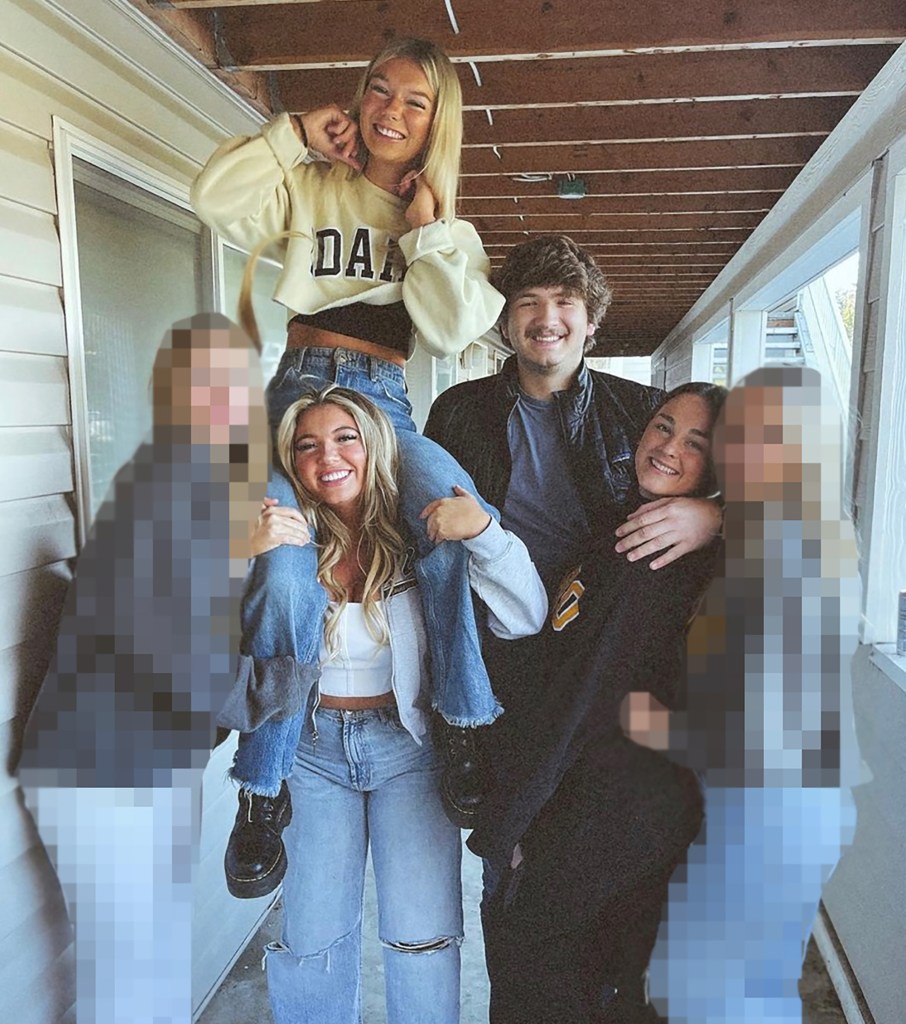 The four victims just hours before their deaths.kayleegoncalves/Instagram

The murders of Ethan Chapin, 20, Madison Mogen, 21, Xana Kernodle, 20, and Kaylee Goncalves, 21, on Sunday rocked the school community, with police describing the crime scene as the “worst they’ve ever seen.”

All four of the victims are said to have been stabbed to death in the early hours of the morning while their two roommates were upstairs. 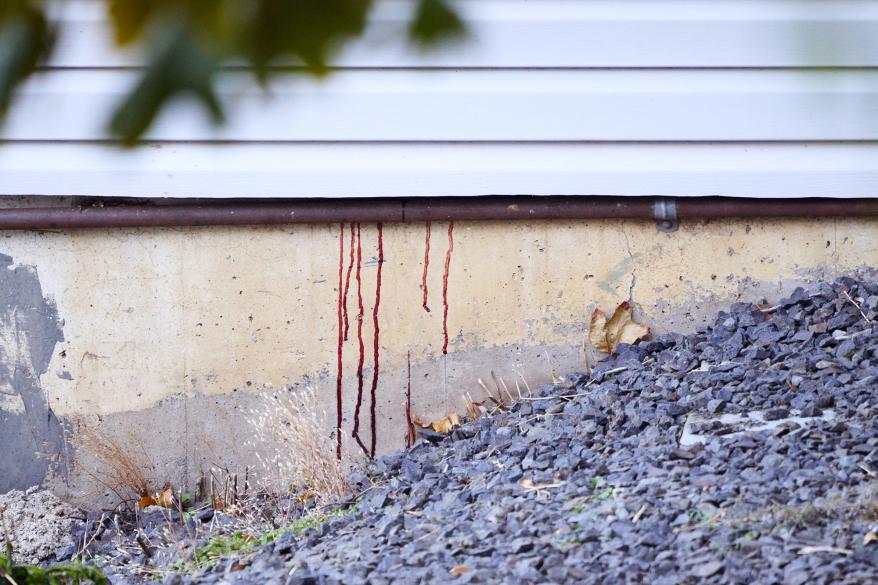 Blood oozes out of the side of the off-campus home.
James Keivom for NY Post 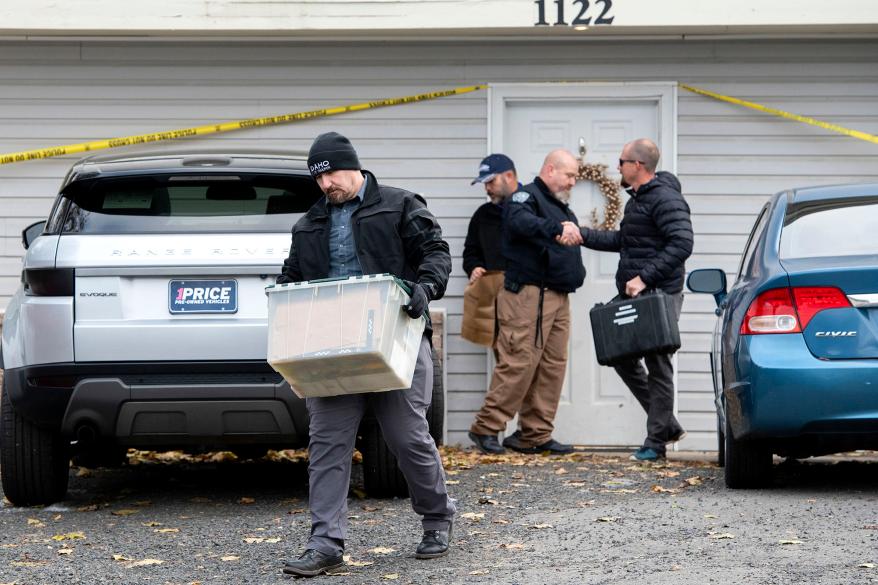 Officers investigate the deaths of the Idaho students.
AP

Authorities revealed Wednesday a 911 call wasn’t made until hours later, saying they could not give a reason why, and would not reveal who made it, citing the open investigation. 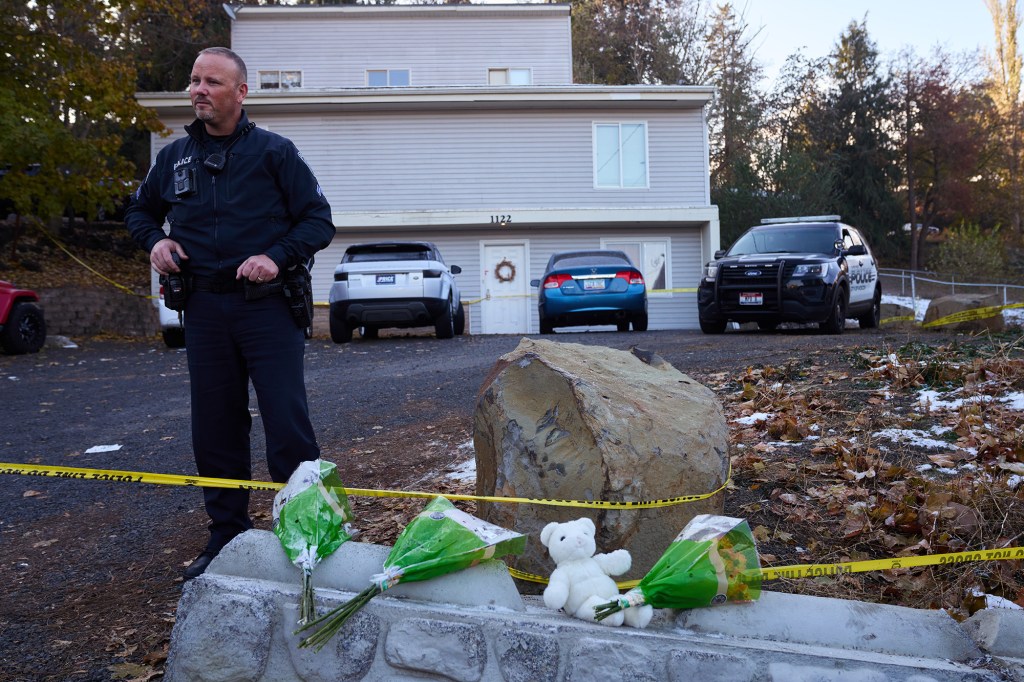 A police officer stands by a memorial in front of the off-campus home where the four University of Idaho students lived.James Keivom for NY Post

Initially the local police said they believed the attack was “targeted” and there was no immediate threat to the local community — but now appear to have backtracked. 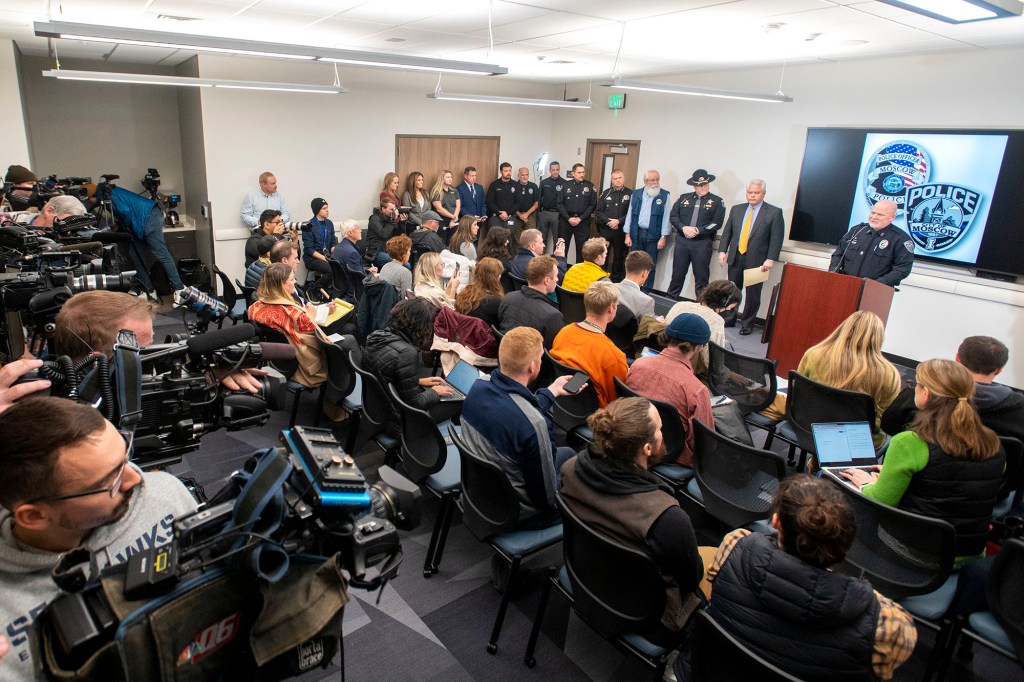 Chief James Fry speaks during a press conference about the deaths. AP

Although the FBI is best known for investigating interstate and federal crimes, it is often brought in to assist smaller police forces when a crime of magnitude happens, as it has access to resources and technology a local force may not.

Latah said Thursday that “investigators do not know who that person is,” referring to the murderer.

Here’s the latest coverage on the brutal killings of four college friends:

Police are also in search of a murder weapon, and believe it might be a “Rambo”-style knife, a local store owner said.

Moscow Building Supply general manager Scott Jutte told the Idaho Statesman that a police officer came into his store to inquire about the sale of a KA-BAR brand combat blade. 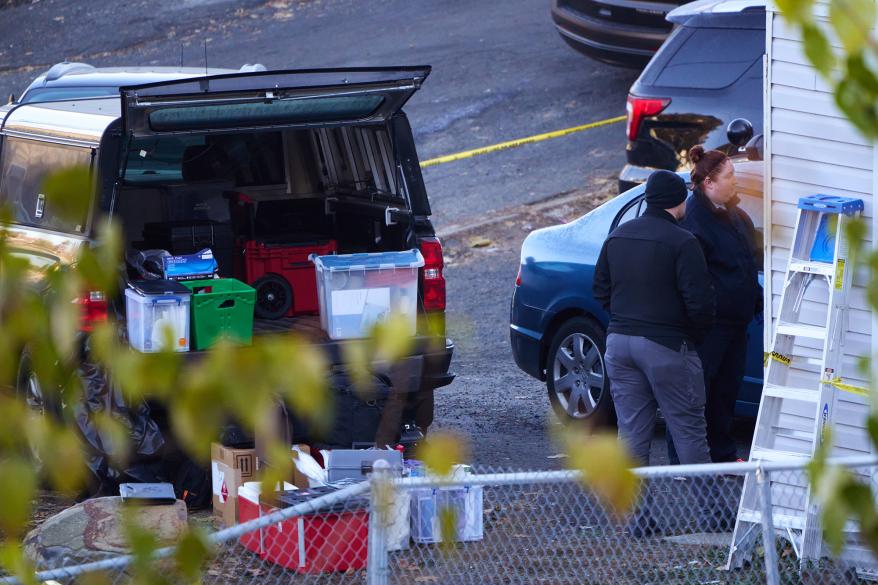 Investigators gather evidence at an off-campus home where four University of Idaho students were stabbed to death on Thursday, November 17, 2022 in Moscow, Idaho.
James Keivom for NY Post 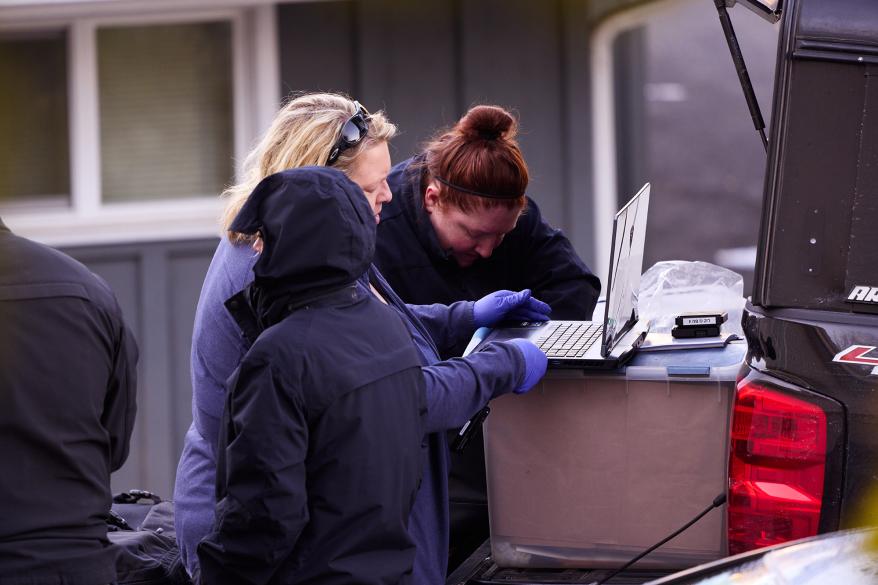 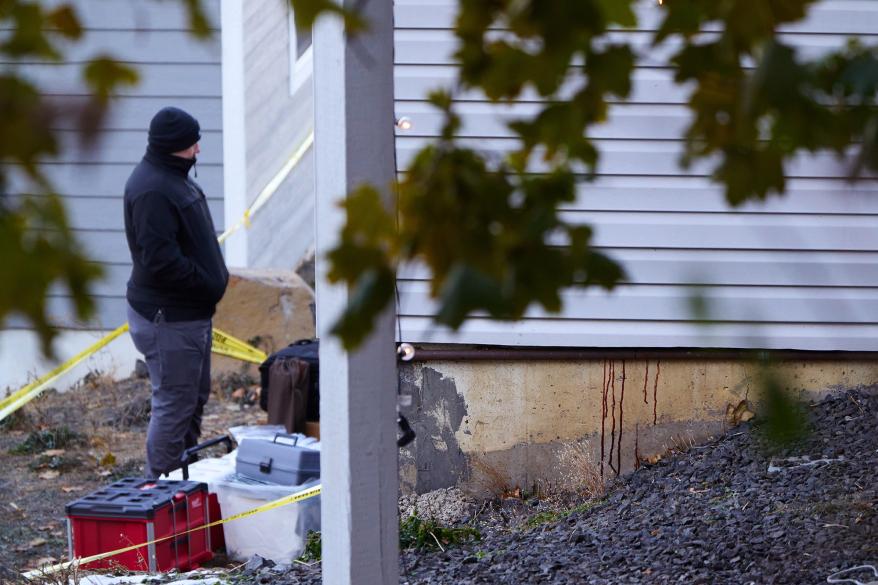 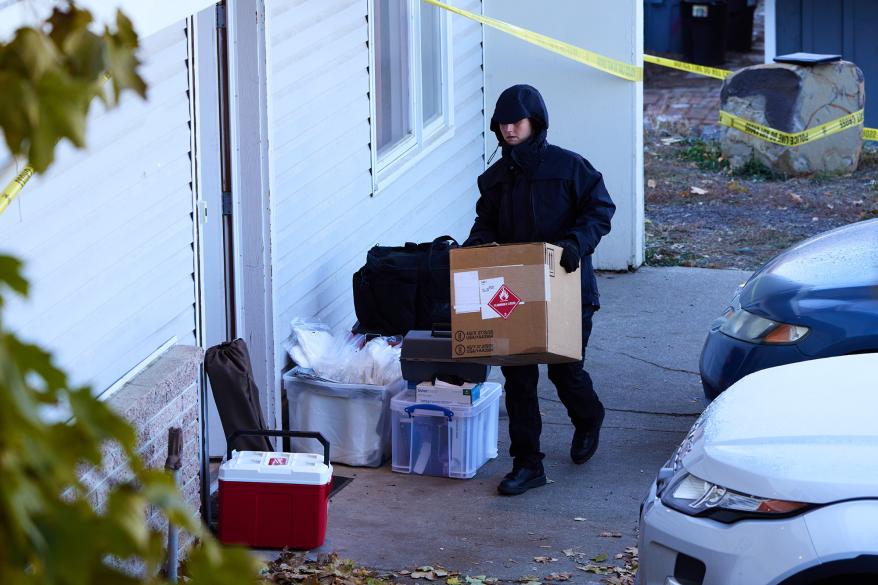 Jutte said the knife in question was used by US Marines in the 1940s and is “similar to the knife Rambo has.”