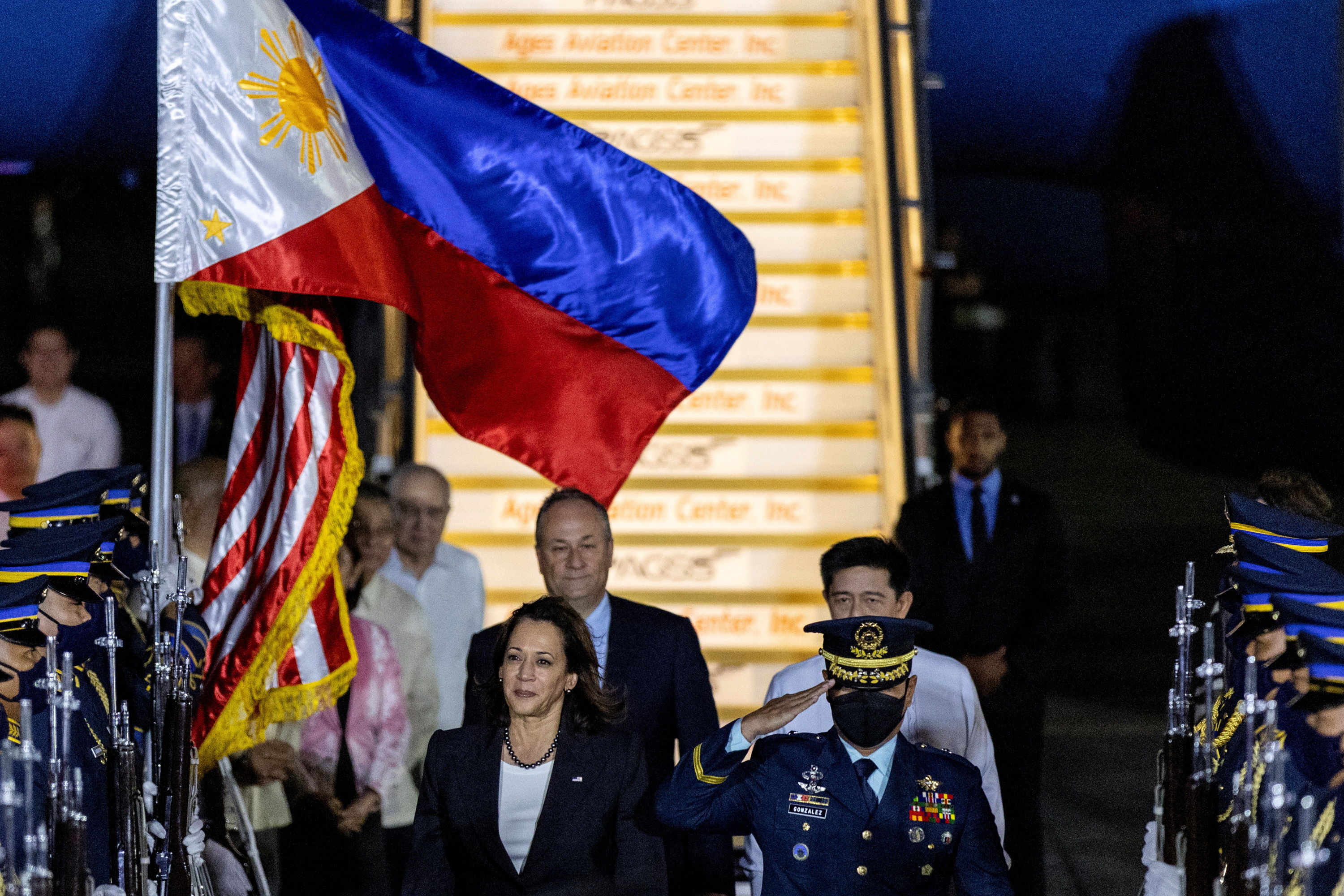 Washington will defend its oldest treaty ally, the Philippines, if it comes under attack in the South China Sea, U.S. Vice President Kamala Harris pledged on Monday, reaffirming America’s “unwavering” commitment to the former colony.

Her comments followed a meeting with President Ferdinand Marcos Jr., who welcomed Harris for the first time at the Philippine presidential palace.

Marcos said the two nations’ strong ties had become even more important, given what he called “upheavals” in the region.

“I do not see a future for the Philippines that does not include the United States,” said Marcos, the son of the late strongman whom Washington helped flee into exile in Hawaii during a 1986 “people power” uprising.

“We stand with you in defence of international rules and norms as it relates to the South China Sea,” Harris told Marcos.

Her three-day trip includes a stop on Palawan, an island on the edge of the South China Sea, to meet officials of the coast guard, tour one of its vessels and speak on “principles of sovereignty, territorial integrity and freedom of navigation,” a senior U.S. official said.

Ahead of Harris’ visit, the highest-level trip to the Philippines by a Biden administration official, a Philippine military commander accused a Chinese coast guard ship of “forcefully” retrieving a floating object being towed in the South China Sea by cutting a line attaching it to a boat.

The commander said the incident occurred off the waters of Thitu island, one of nine features the Philippines occupies in the Spratly archipelago and the country’s most important outpost in the South China Sea.

In Beijing, a spokeswoman for China’s foreign ministry denied force had been used, when asked asked about the incident.

Mao Ning told a regular briefing that the object was debris from a rocket’s payload fairing, or casing that protects the nose-cone of a spacecraft, launched by China.

In a statement, the Philippine foreign ministry said it would conduct a thorough review of the incident and was awaiting detailed reports from maritime law enforcement agencies.

China claims most of the South China Sea, though a 2016 ruling by an arbitration tribunal in the Hague said Beijing’s claims had no legal basis, delivering a victory for Manila.

The Philippines has been unable to enforce the ruling and has since filed hundreds of protests over what it calls encroachment and harassment by China’s coast guard and its vast fishing fleet.

While in Palawan, Harris will also reaffirm Washington’s support for the 2016 tribunal ruling, the U.S. official said, on condition of anonymity.

Brunei, Malaysia, the Philippines, Taiwan and Vietnam also have claims in the area.

Dozens of protesters rallied on Monday against the visit by Harris, saying they did not want the Philippines to be caught between U.S. and Chinese rivalry.

“We don’t want our country to be used as a pin board or launching pad of the wars of the United States against China or any other country,” said Liza Maza, an official of the International League of People’s Struggle.

Washington and the Philippines have moved ahead with an Enhanced Defense Cooperation Agreement (EDCA), dating from the Obama administration, though it languished under former President Rodrigo Duterte.

EDCA allows the United States to maintain a military presence, but not a permanent one, through the rotation of ships and aircraft for humanitarian and maritime security operations at mutually agreed Philippine bases.

The United States has proposed adding more EDCA sites to the current five, the U.S. official said, adding that Washington has allocated $82 million to complete 21 projects at existing sites.