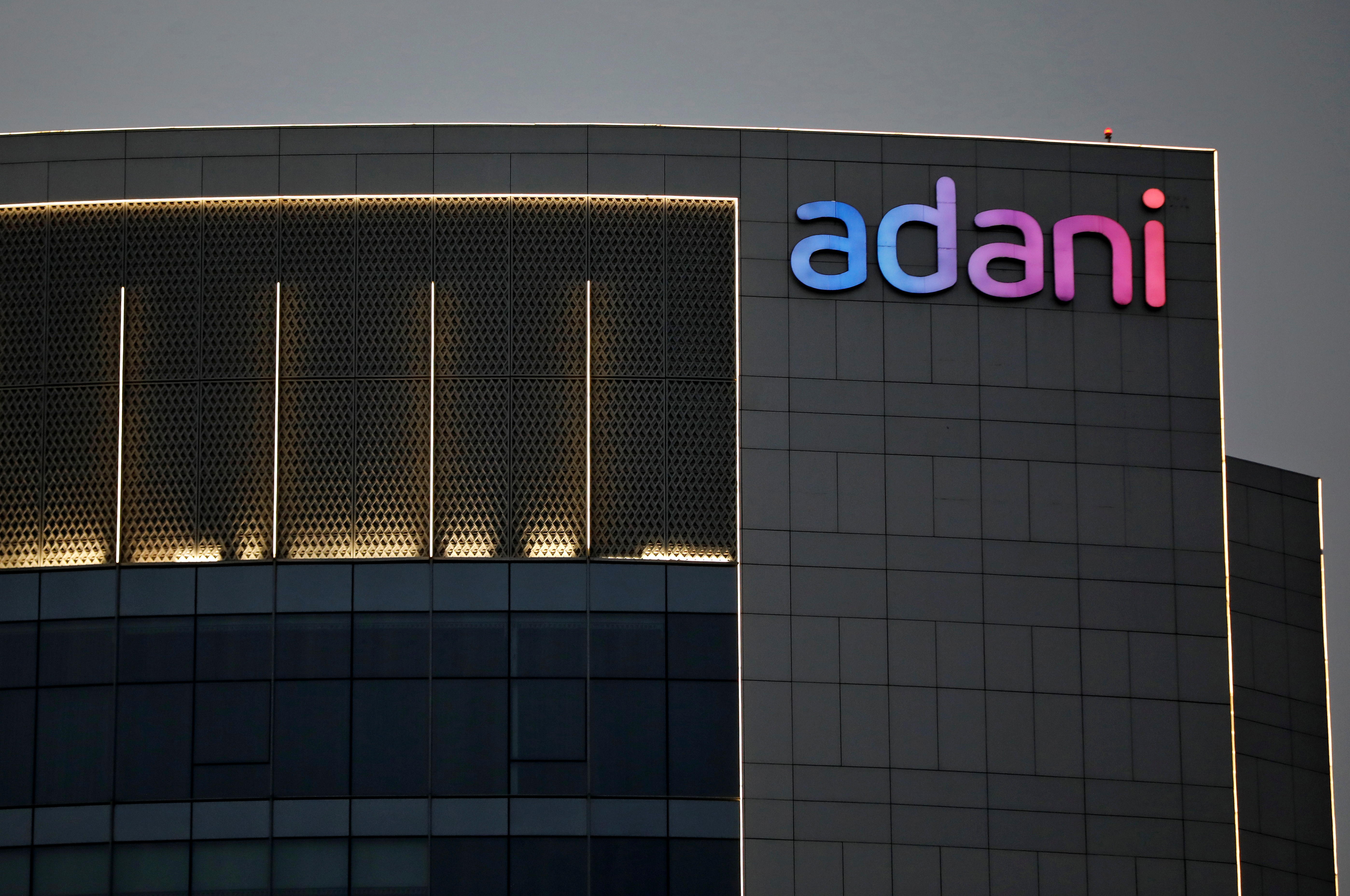 The logo of the Adani Group is seen on the facade of one of its buildings on the outskirts of Ahmedabad, India, April 13, 2021. REUTERS/Amit Dave

Hindenburg Research said it held short positions in India’s Adani Group, accusing the conglomerate of improper use of offshore tax havens and flagging concerns about high debt that eroded $11 billion in investor wealth on Wednesday.

The group, which is led by Gautam Adani, the world’s third richest person according to Forbes, dismissed the U.S. short-seller’s claims as baseless, saying it was timed to damage its reputation ahead of a large share offering.

The group’s flagship firm, Adani Enterprises (ADEL.NS), will on Jan. 27 launch the country’s biggest public secondary share offering, aiming to raise to $2.5 billion to fund capital expenditure and pay off some debt.

Its scathing research report questioned how the Adani Group has used offshore entities in offshore tax havens like Mauritius and the Caribbean Islands, adding that certain offshore funds and shell companies tied to the Adani Group “surreptitiously” own stock in Adani listed firms.

It also said key listed Adani companies had “substantial debt” which has put the entire group on a “precarious financial footing”, and asserted that shares in seven Adani listed companies have an 85% downside on a fundamental basis due to what it called “sky-high valuations”.

Adani Group’s Chief Financial Officer, Jugeshinder Singh, said in a statement the company was shocked by the report, calling it a “malicious combination of selective misinformation and stale, baseless and discredited allegations.”

“The Group has always been in compliance with all laws,” the company said, without addressing specific allegations made by Hindenburg.

“The timing of the report’s publication clearly betrays a brazen, mala fide intention to undermine the Adani Group’s reputation with the principal objective of damaging the upcoming follow-on Public Offering from Adani Enterprises,” it added.

The report coincided with bidding for Adani’s secondary share sale by anchor investors on Wednesday. Abu Dhabi Investment Authority was among investors who bid for shares worth 90 billion rupees ($1.1 billion), compared with 60 billion rupees worth of stock on offer, a source told Reuters.

The research report, Hindenburg said, was based on an investigation over two years that involved speaking with dozens of individuals, including former Adani Group executives as well as a review of documents.

India’s capital markets regulator, the Securities and Exchange Board of India, did not immediately respond to a request for comment.

CreditSights, part of the Fitch Group, described the group last September as “overleveraged”. While the report later corrected some calculation errors, CreditSights said it continued to be concerned about Adani Group’s leverage.

Hindenburg also said it was concerned that a high proportion of equity held by promoters or key shareholders in Adani Group listed companies has been pledged for loans.

“Equity share pledges are an inherently unstable source of lending collateral,” it said in the report.

Last year, the Adani Group bought cement firms ACC (ACC.NS) and Ambuja Cements (ABUJ.NS) from Switzerland’s Holcim (HOLN.S) for $10.5 billion. Days later, it pledged shares in the two firms, worth about $12.5 billion at the time, to banks in a non-disposal agreement that prevents it from offloading the shares until lenders agree that debts are paid.

ACC and Ambuja both fell over 7% on Wednesday.