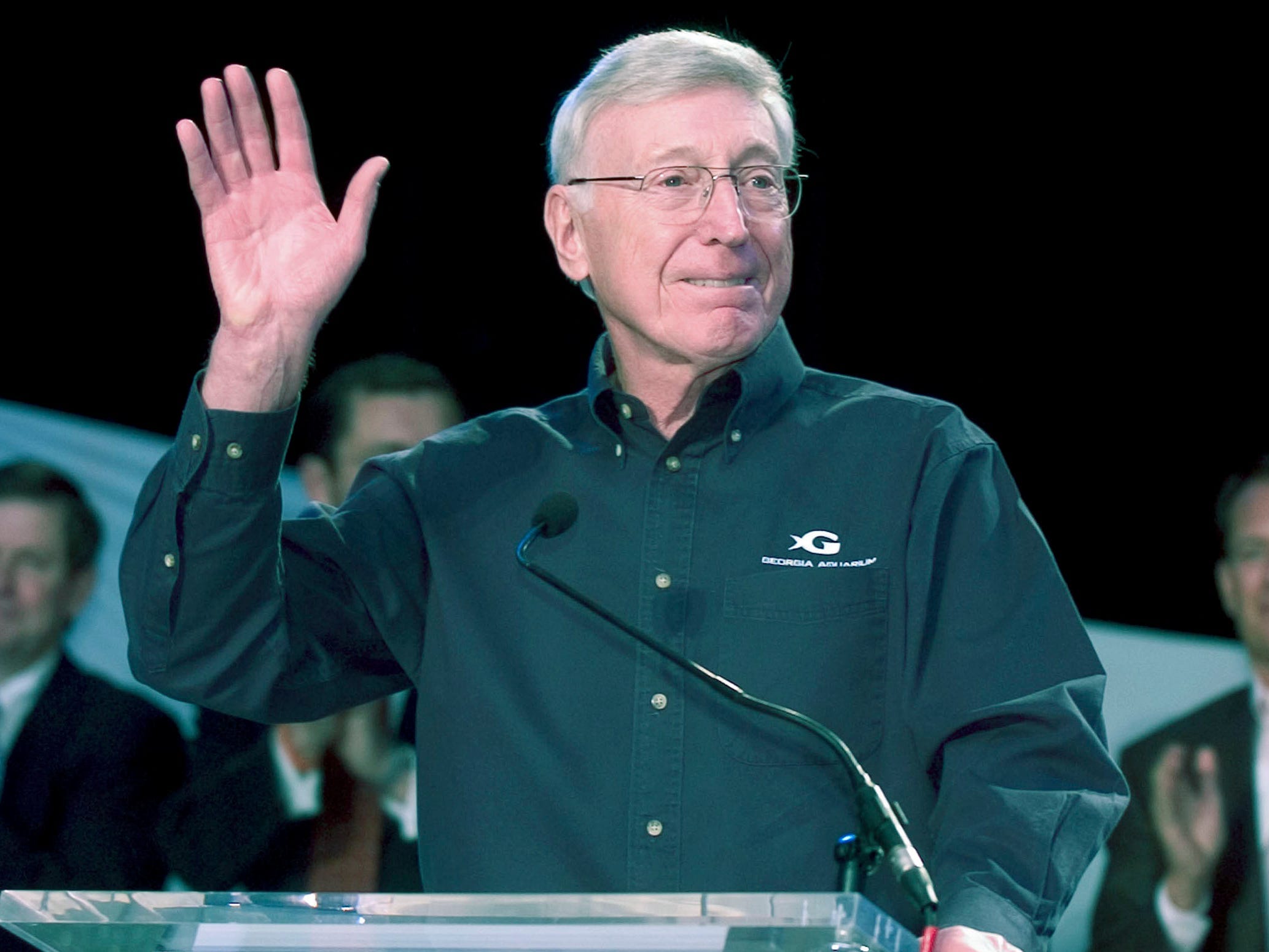 Home Depot’s 93-year-old cofounder Bernie Marcus — who retired in 2002 — says he doesn’t want the “woke generation” leading business, arguing that they would spend money “we don’t have” on climate mitigation and wouldn’t focus on the bottom line.

Speaking on Fox Business Network’s “Varney & Co” on Thursday, Marcus — who no longer has any day-to-day involvement with the company — said: “I certainly don’t want to see the woke generation coming up, especially the leaders.”

He said that he had been following the World Economic Forum’s annual meeting in Davos “and they’re recommending spending more money on climate control when we don’t have it. We’ve already overspent. And if anything, climate control has caused most of the problems we have today.”

Marcus didn’t elaborate on what he meant. Europe’s energy crisis stemmed largely from its reliance on Russian fossil fuels.

“We need leaders who are basically thinking about the shareholders and their employees,” Marcus added. “And I think today it’s all about woke diversity, things that don’t hit the bottom line.” Marcus provided little evidence for these claims.

A 2020 report by consultancy giant McKinsey & Company actually found that companies who have more diverse leadership are more likely to report higher profitability.

Marcus, who was a major donor to Donald Trump’s 2016 and 2020 presidential campaigns, also spoke about the labor market, saying that people “don’t want to work.”

Marcus said that the reason that people didn’t want to work is that “they’re entitled, they’re given everything,” adding that government unemployment benefits were pushing people to stay at home.

“So you get this laziness … and it’s basically a socialistic society,” he said. Marcus also said that people wanted to work “three days a week,” possibly referring to the growth in demand for flexible working during the pandemic, as well as the recent push for a four-day workweek.

Marcus made similar comments in an interview with the Financial Times in December.

The mantra “nobody wants to work anymore” has gathered steam during the pandemic, with some bosses using the phrase as a scapegoat for why they’re struggling to recruit staff. Workers, in turn, say that low pay, bad benefits, and poor working conditions are the reason why they’ve been switching jobs and holding out for better offers.

The pandemic caused a huge change in how people think about work. Office workers realized the benefits of working remotely and with flexible hours, especially for those with caring responsibilities. Staff in low-paid, customer-facing roles like fast-food and cleaning were at a heightened risk of catching COVID. People rethought what they wanted from their careers and some used the pandemic as an opportunity to retrain for new roles.

This all caused quit rates in the US to reach record highs in 2021, though levels are slowly falling.

The civilian labor-force participation rate – the proportion of the the working-age population that is employed or actively seeking work – plummeted at the start of the pandemic, data from the US Bureau of Labor Statistics shows. Though it still remains below pre-pandemic levels, the participation rate has increased from a low of 60.1% in April 2021 to 62.3% in December 2022.

BLS data shows that non-farm job openings reached a record high in 11.86 million in March 2022 but have since dropped to 10.46 million in November.

“How do you have a recession when you have people that don’t want jobs?,” Marcus said during Thursday’s interview. “There are plenty of jobs out there.”

“Bernie Marcus retired from The Home Depot more than 20 years ago and does not speak on behalf of the company,” Home Depot told Insider in a statement.