After more than two years of jousting over President Donald Trump’s conduct, the ground has shifted in Congress and a move toward impeachment has broken free of constraints.

That does not mean the path ahead is all set.

Last week, House Speaker Nancy Pelosi — who for months had been a powerful brake on restive Democrats wanting to impeach Trump — launched a formal inquiry toward that end, accusing the president of “betrayal of his oath of office,” betrayal of national security and betrayal of the integrity of American elections.

A look at the matter and what’s known about what happens next:

Trump Calls on Another Foreign Government to Investigate Top 2020 Rival 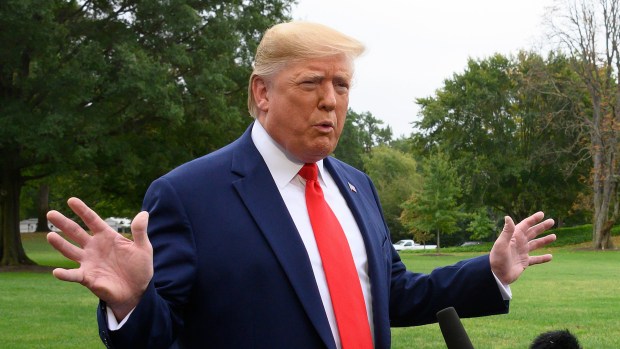 President Donald Trump on Thursday openly called for China and Ukraine to investigate former Vice President Joe Biden and his son. There is no evidence that  Biden benefited financially from his son’s business relationships.

NEXT STEPS
Six House committees are investigating various aspects of alleged impropriety by the president, with the intelligence committee taking the lead in examining Trump’s actions with Ukraine.

The investigations are on an expedited basis, though with no specific deadline.

Ultimately, the House Judiciary Committee would be the panel responsible for recommending any articles of impeachment against Trump.

If the panel backs impeachment articles, the matter goes to the full House for a vote. Democrats control the House and its committees.

If a majority of the full House votes for impeachment, the matter goes to the Senate, which is responsible for holding a trial, overseen by Chief Justice John Roberts. It takes a two-thirds vote in the Senate to force a president from office — a daunting challenge for Democrats if the effort goes that far, given Republican control of that chamber.

Impeaching a president is often misunderstood to mean his removal. It actually means the House has voted to bring one or more articles of impeachment and send the process forward. No president has been ousted by impeachment. 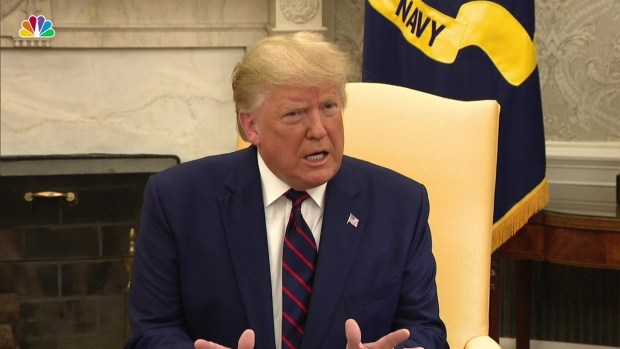 President Donald Trump, Rep. Nancy Pelosi, D-Calif, and Rep. Adam Schiff, D-Calif., each addressed the media on Wednesday to talk about the ongoing impeachment inquiry in the House of Representatives.

DEMOCRATS BREAK THEIR IMPASSE
Some Democrats in Congress have long wanted to kick-start the constitutional process to remove Trump, despite the slim odds of success. But they lacked a critical mass and Pelosi’s support.

Trump’s machinations to avoid culpability from the Russia investigation fed into their push, but that inquiry came to an indistinct conclusion. Special counsel Robert Mueller’s report detailed troubling episodes of presidential behavior, but stopped short of recommending charges for obstructing justice or conspiring with Moscow to tip the 2016 U.S. election to Trump.

In a nutshell: There’s little doubt Trump pressed Ukraine to conduct a corruption investigation of Democratic presidential contender Joe Biden and his son — the president has defiantly stated that he did. He also acknowledged that days before a phone conversation with Ukraine’s leader in July, he ordered military aid to Ukraine to be frozen.

The episode raises the possibility that a president used the power of his office to get a foreign government to help him win reelection.

Trump denies doing or saying anything improper — and even doubled down on Thursday, openly calling on China to investigate the Bidens. He also plans to challenge the legitimacy of the impeachment inquiry because it wasn’t approved in a vote by the full House. Democrats say there is no requirement for a vote to start impeachment.

Pompeo Admits to Being on Ukraine Phone Call With Trump

Secretary of State Mike Pompeo admitted to being a participant of a call at the center of an impeachment probe into President Donald Trump. A whistleblower alleged that Trump tried to use his office for political gain during a call with newly elected Ukrianian President Volodymyr Zelenskiy.

WHAT HAS CHANGED
Pelosi’s buy-in on impeachment proceedings is a huge advance for advocates of that approach after the proceedings in the Judiciary Committee were mostly seen as going nowhere. As well, Democrats believe the focus on Trump’s dealings with the Ukrainian leader could resonate more than the Mueller report did.

In terms of congressional process, not much changes, at least at first. The judiciary panel had already begun impeachment hearings and had asked other committees for input. And it’s not clear that Pelosi’s “expedited” timeline will move things along any more quickly. The committee chairman, Rep. Jerrold Nadler of New York, has said he wants to make a decision on whether to recommend articles of impeachment by the end of the year.

THE LAST TIME THIS HAPPENED …
You can find partisans during almost every administration who think the president of the opposing party should be thrown out of office between elections. But there hasn’t been a serious effort to do that since the impeachment of Bill Clinton.

In 1998 and 1999, the House under Republican control pursued the impeachment of the Democratic president, primarily based on matters arising from his relationships with women outside his marriage.

The House approved an allegation that Clinton “willfully provided perjurious, false and misleading testimony” before independent counsel Kenneth Starr’s grand jury investigation. And it voted to bring forward the accusation that he “prevented, obstructed and impeded the administration of justice.” The Republican-controlled Senate acquitted him.

A RARITY IN HISTORY
Only two presidents have been impeached: Andrew Johnson in 1868 and Clinton. Both won acquittal in the Senate. 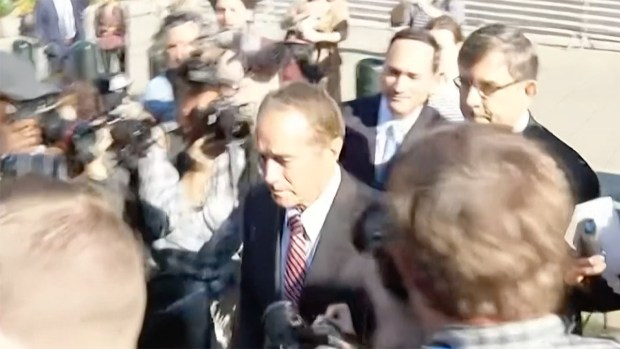 Former Rep. Chris Collins pleaded guilty Tuesday in an insider trading case, a day after he resigned from Congress and set off a scramble to fill his seat in his Republican-leaning district.

Richard Nixon, who was the subject of impeachment proceedings, resigned from office in 1974 when it looked certain that the House would impeach him and his prospects in the Senate appeared dire.

And it dictates the removal from office of an impeached president who is convicted by the Senate of “treason, bribery, or other high crimes and misdemeanors.” It is left to Congress to define such terms.