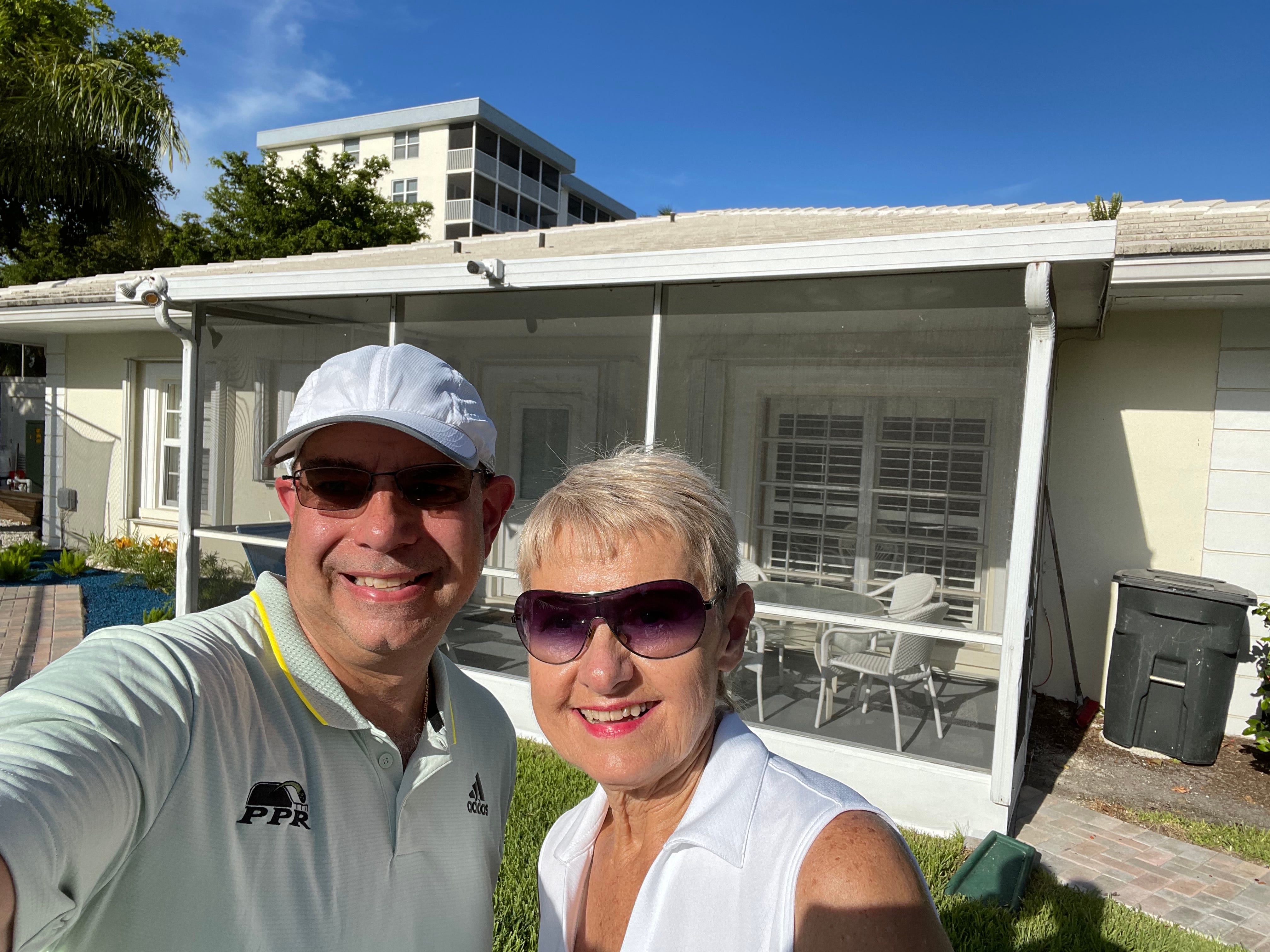 David Fisher with one of his pickleball students.

This as-told-to essay is based on a conversation with David Fisher, a 57-year-old pickleball coach based in Boca Raton, Florida. It has been edited for length and clarity.

I’ve been in education for 31 years — 26 of those I spent in the classroom. I work with elementary-school children, some of whom have learning disabilities or speech and language issues. I like working with kids — there’s never a dull moment.

I played socially competitive tennis for 40 years, but gave it up 10 years ago when I started having knee problems. I heard about pickleball from various places and it sounded like fun, so about two years ago during the pandemic, my wife and I took a lesson, bad knees and all. It was a great way to get outside with family and friends and be active and safe.

We had a phenomenal coach and had a blast playing. I jokingly call it a gateway drug for exercise. You have so much fun when playing you don’t realize you’re actually working out.

We did a couple more lessons and started going to open-play opportunities. It was then that I realized this could be something to do at the end of the day, after I finished teaching the kids.

We became good friends with our coach, and I asked her about teaching pickleball. She said there was a lot of opportunity, as it’s the fastest-growing sport in the country. There are plenty of pickleball courts and people wanting to learn how to play.

The coaching-certification process is reasonable

I joined the Professional Pickleball Registry (PPR), which you need to do to become a pickleball coach, in April 2022. For membership and liability insurance coverage, it costs $230 a year. The certification workshop was only $147. I also joined USA Pickleball for $35 a year — it’s the sport’s national governing body, and it provides the official rules and tournament rankings.

I planned to use the first half of last summer to get through my certification workshop. I watched the instructional videos and completed the questions that went with them, then signed up for the five-hour on-court workshop in June. It was at the Polo Club in Boca Raton, but PPR offers workshops frequently all over the country.

At the workshop, I was the only participant who wasn’t a full-time racquet-sport instructor and the only one who was never a former professional tennis player. Given that this is South Florida, there are a lot of tennis pros who retire here and then continue playing and teaching tennis. Some of them spent more time on the pickleball court than me, but a few had only played for about six weeks. They had enough racquet skills that they could work their way through the five-hour workshop, though.

You need a minimum 3.5 out of 5 skill rating to be an instructor. The workshop leader evaluates your playing skills during the workshop, and you can figure out your rating when playing in tournaments. But it’s also important that you can teach a lesson. During the workshop we practiced teaching pickleball elements to the others in the course.

After that, the instructor submitted paperwork to PPR, and a few days later I was given access to the 91-question exam. Since I read the book, completed the workshop, and watched their instructional video, the exam wasn’t hard. I received my coaching certificate and some instructor feedback by email a few days later.

I booked my first student a few days later 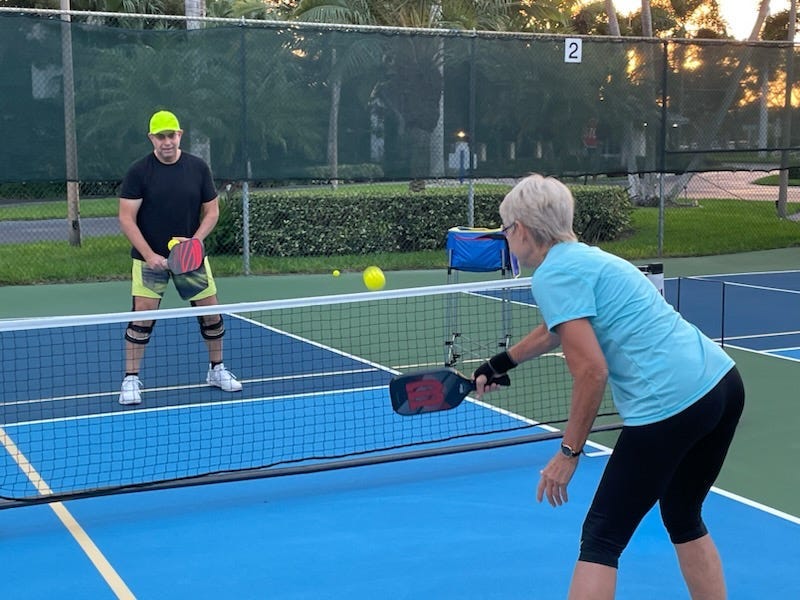 Fisher on the court with a student.

After telling some people I played with that I’d gotten certified, they spread the word. I now teach several people one afternoon a week at a condo complex in Delray Beach, charging $50 an hour.

I also began teaching through the city of Boca Raton. I had to get fingerprinted and provide proof of liability insurance, which I get through PPR. The city connects me with people who want private lessons and handles payment, paying me every two weeks. The city charges students $75 an hour, and I get $48.75 of that.

I set up the teaching time, and I contact them to confirm before each lesson. I also collect money from my private clients. Since I’m a self-employed pickleball instructor, I save my receipts for anything I purchase relating to the work, like paddles, balls, and the ball hopper. I also set aside money for taxes to submit on a quarterly basis.

I teach about nine hours a week at most, which is a good amount for me. In the summer, when I’m off school, I might teach 14 hours a week. Since the courts in Florida are outside, lessons are weather-dependent and can affect my income. I’ve made anywhere from $150 to $650 in a pay period, or every two weeks. I’m saving up my initial earnings to buy an e-bike.

While pickleball is good for any age, I prefer to teach adults at this point. I like to take a break from working with the younger kids.

I’m a teacher at heart, and I like to make sure people are comfortable on the pickleball court. I want people to learn and improve their game, but we’re here to have fun and build skills, to play at a level they’re comfortable with.

If you’re interested in learning to coach, it’s helpful to take lessons with different pros to get their perspectives on your own game. Then watch how the pros teach, because everyone teaches a different way. If you sign up for a certification, make sure you’ll follow through with the training and use all the materials they give you.