Iran’s national soccer team sang during the playing of their national anthem at their second World Cup match against Wales on Friday having refrained from doing so in their opening game earlier this week in apparent support for protesters back home.

Loud jeers were heard from Iranian supporters as the anthem played, with the team singing quietly before going on to win 2-0, prompting euphoric celebrations outside the stadium where government supporters tried to drown out chants by its opponents after the game.

Ahead of the match, several fans said security had prevented them or friends from taking symbols of support for the protesters into the stadium. One said he was detained. Another said security forces made him take off a T-shirt declaring “Women, Life, Freedom” – a slogan of the protests.

In the stadium, a woman held aloft a soccer jersey with “Mahsa Amini – 22” printed on the back and blood red tears painted beneath her eyes – commemorating the woman whose death in police custody ignited the protests more than two months ago.

Iranian authorities have responded with deadly force to suppress the protests calling for the downfall of the Islamic Republic, one of the boldest challenges to Iran’s clerical rulers since the 1979 Islamic revolution.

After the match, jubilant Iranians danced and cheered as they streamed out of the ground.

Fans waving the official Iranian flag tried to drown them out with their own chants.

One of them stepped in front of a group of women with WOMEN LIFE FREEDOM on their shirts and began chanting over them. He was wearing a T-shirt printed with a picture of Iranian Supreme Leader Ayatollah Ali Khamenei and Qassem Soleimani, a powerful Iranian general who was killed by a U.S. drone strike in 2020.

The win sets up a decisive match against the United States on Tuesday.

Iranian President Ebrahim Raisi, part of a hardline establishment that has condemned the protests as riots fomented by Iran’s enemies, praised the team for “bringing the sweetness of victory to the people of our country”.

In contrast to Monday, when Iranian state television cut away from the broadcast while the anthem was playing, Iranian state media reported the players had sung on Friday, and showed footage of pro-government fans in the stadium.

Ahead of the World Cup, protesters had taken heart from apparent shows of support from a number of Iran’s national teams which refrained from singing the national anthem.

On Monday, ahead of their opening game against England, the players had been solemn and silent as the anthem was played.

Iranian fans were in good spirits as the game approached, with big cheers around the stadium as their players emerged from the tunnel for warm-ups, emitting a roar as star striker Sardar Azmoun, who has spoken in support of the protest movement, was announced in the starting lineup.

Team Melli, as the soccer team is known, have traditionally been a huge source of national pride in Iran, but they have found themselves caught up in politics in the World Cup run-up, with anticipation over whether they would use soccer’s showpiece event as a platform to get behind the protesters.

Ahead of the match, a man wearing a jersey declaring “Women, Life, Freedom” was escorted into the stadium by security officers, a Reuters witness said.

Reuters could not immediately confirm why the man was being accompanied by three security officers in blue.

A spokesperson for the organising supreme committee referred Reuters to FIFA and Qatar’s list of prohibited items, but without saying which prohibited item he was carrying.

The rules ban items with “political, offensive, or discriminatory messages”.

The media liaison at the stadium for world governing body FIFA did not immediately respond to a request for comment, while the stadium media manager was not aware of the incidents but would respond later.

Payam Saljoughian, 36, a U.S.-based lawyer, said security forces had made him and his father take off “Women, Life, Freedom” shirts but his two siblings and mother were not told to remove theirs. “It was the best moment of my life – despite everything,” he told Reuters.

Iranian-American fan Shayan Khosravani, 30, told Reuters he had been detained by stadium security 10 minutes before kick-off.

He said he had been detained after he was told to put pro-protest materials away, which he did. But he was wearing a “free Iran” shirt. 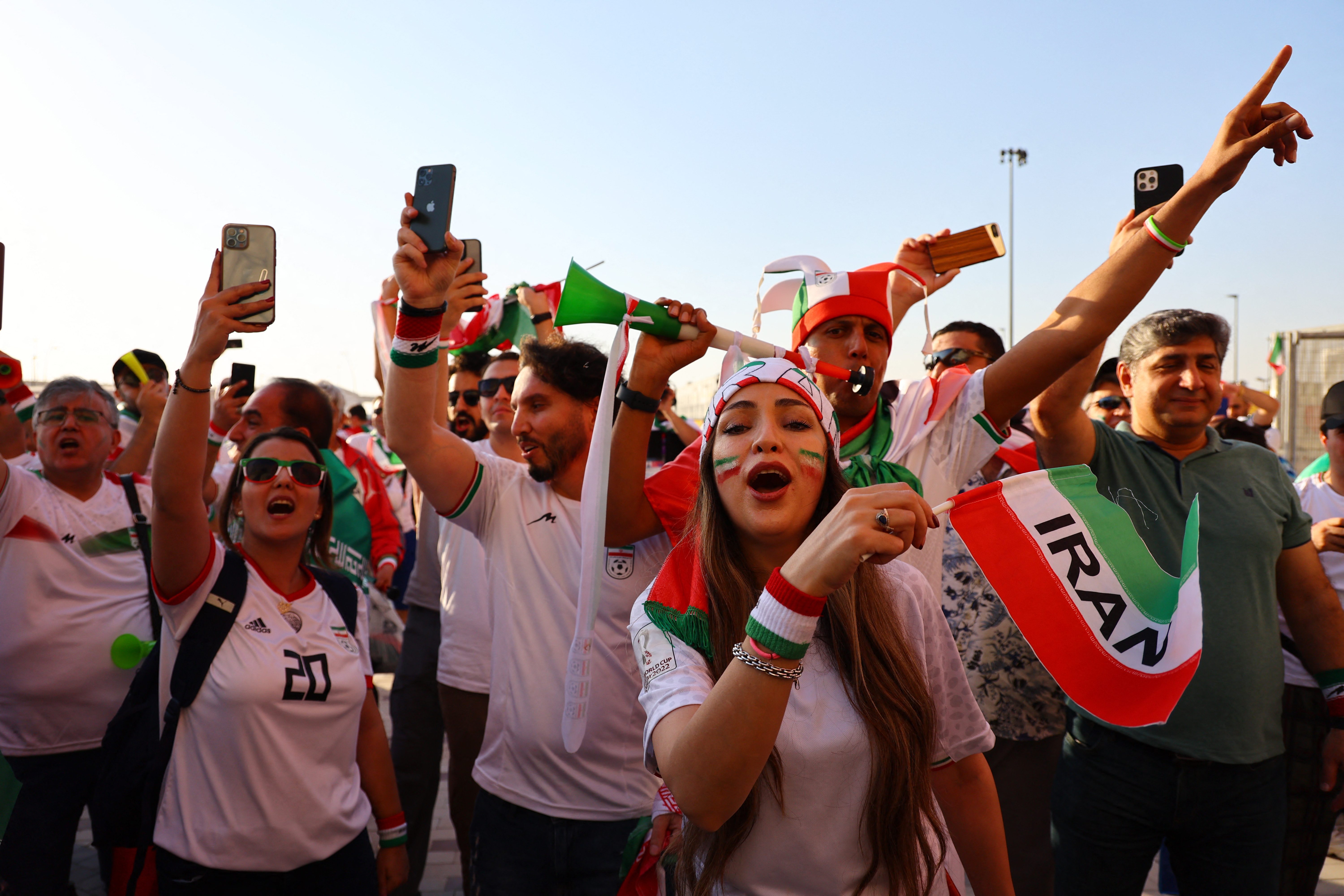 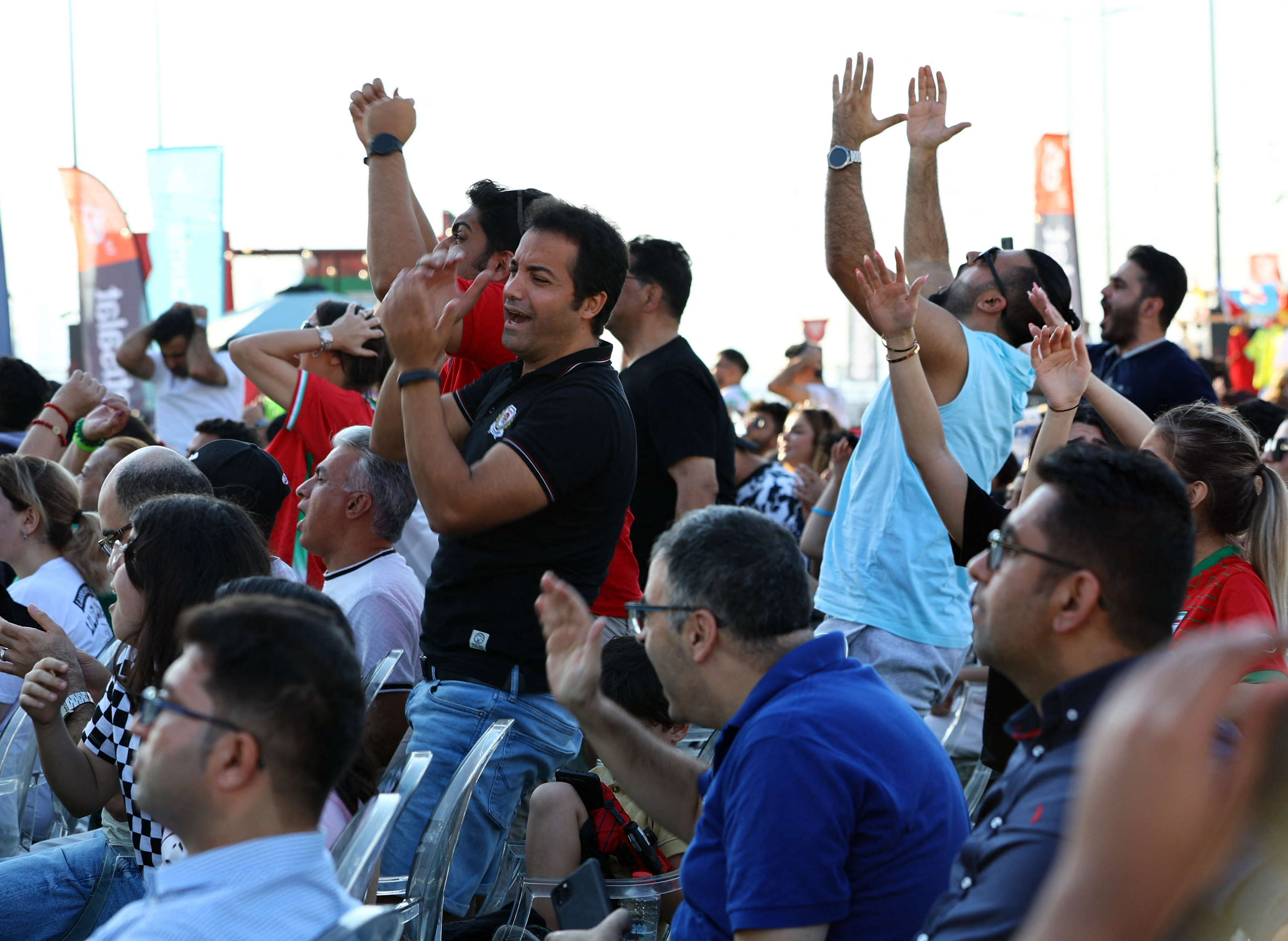 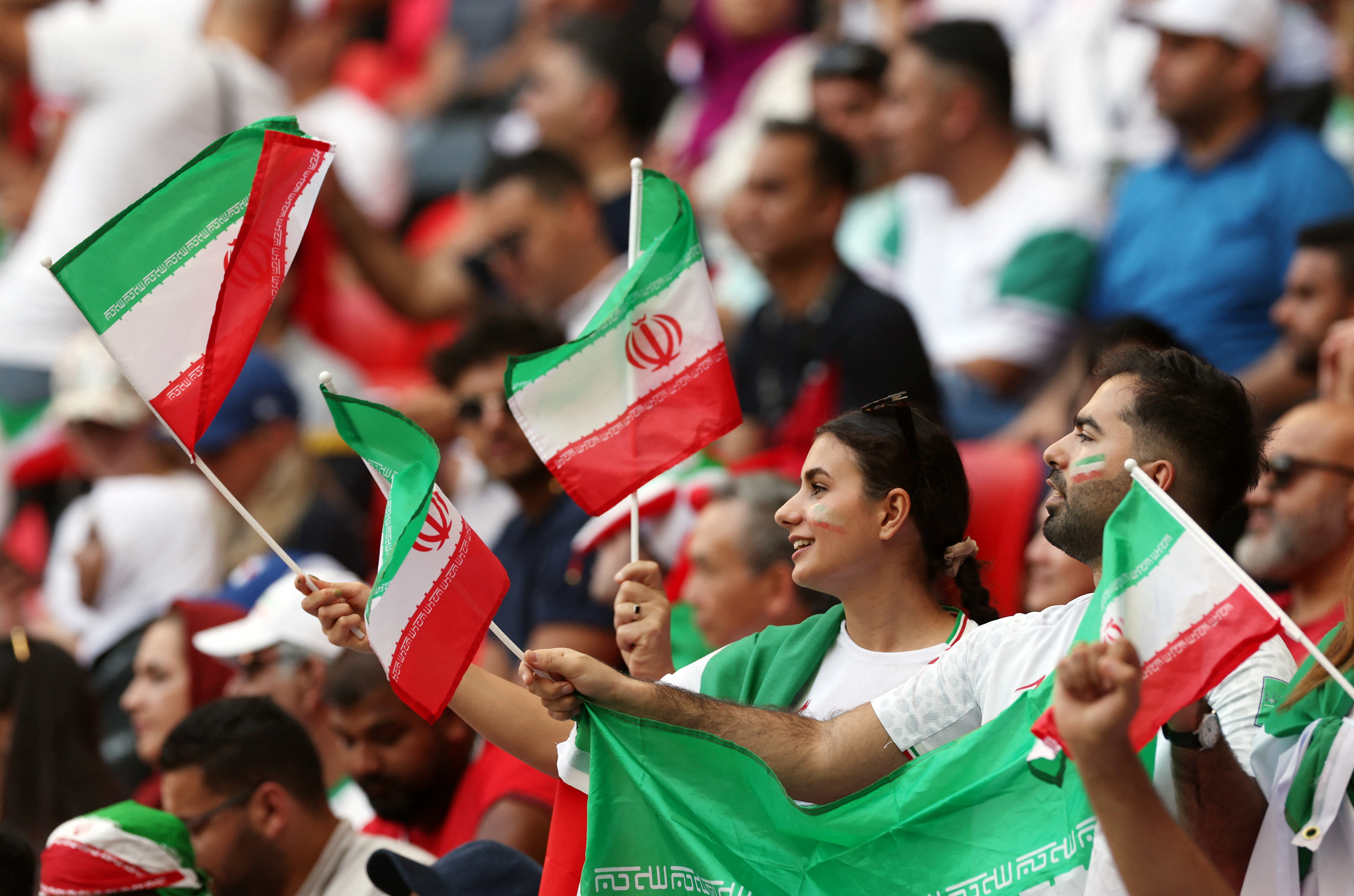 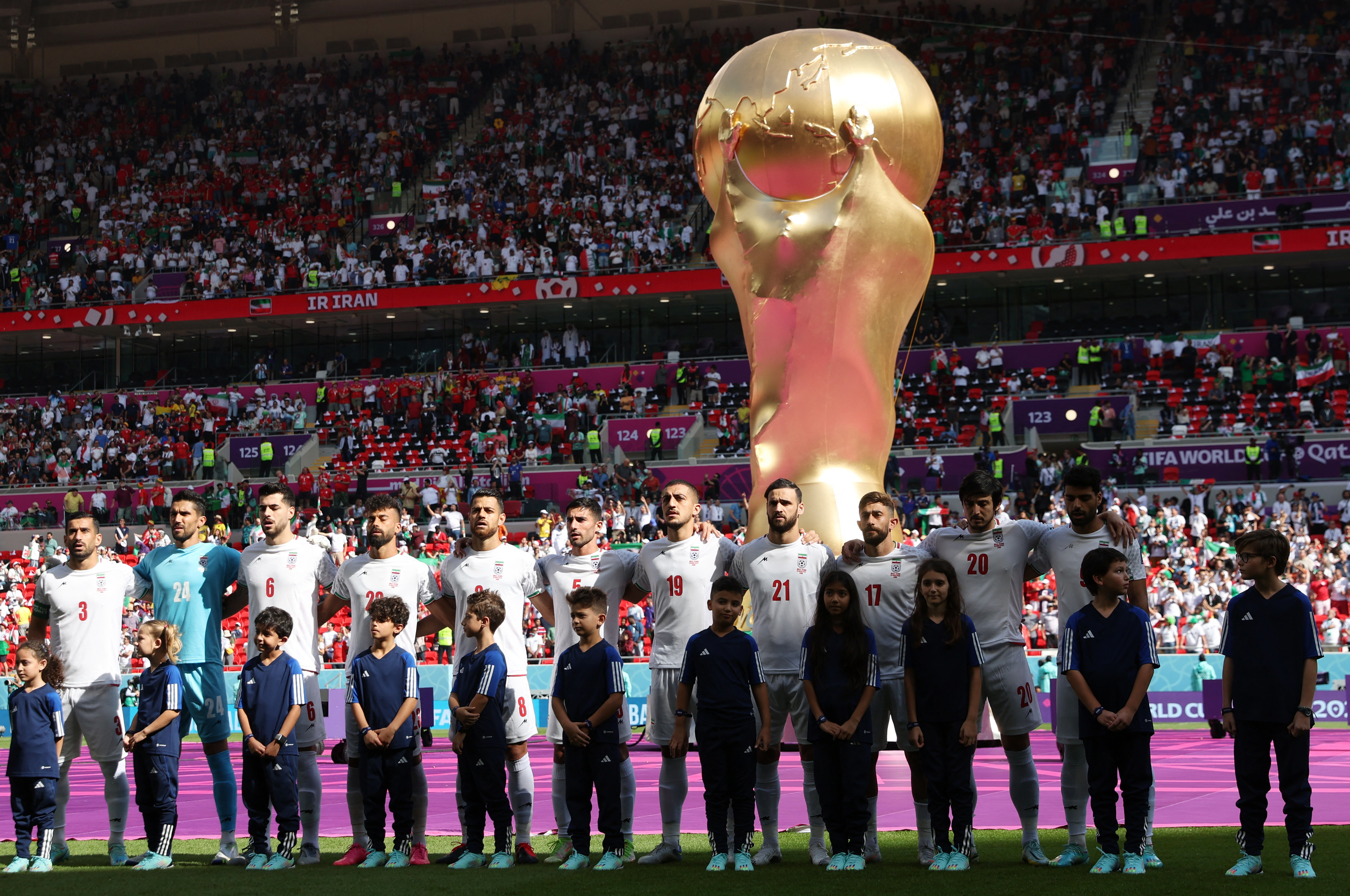