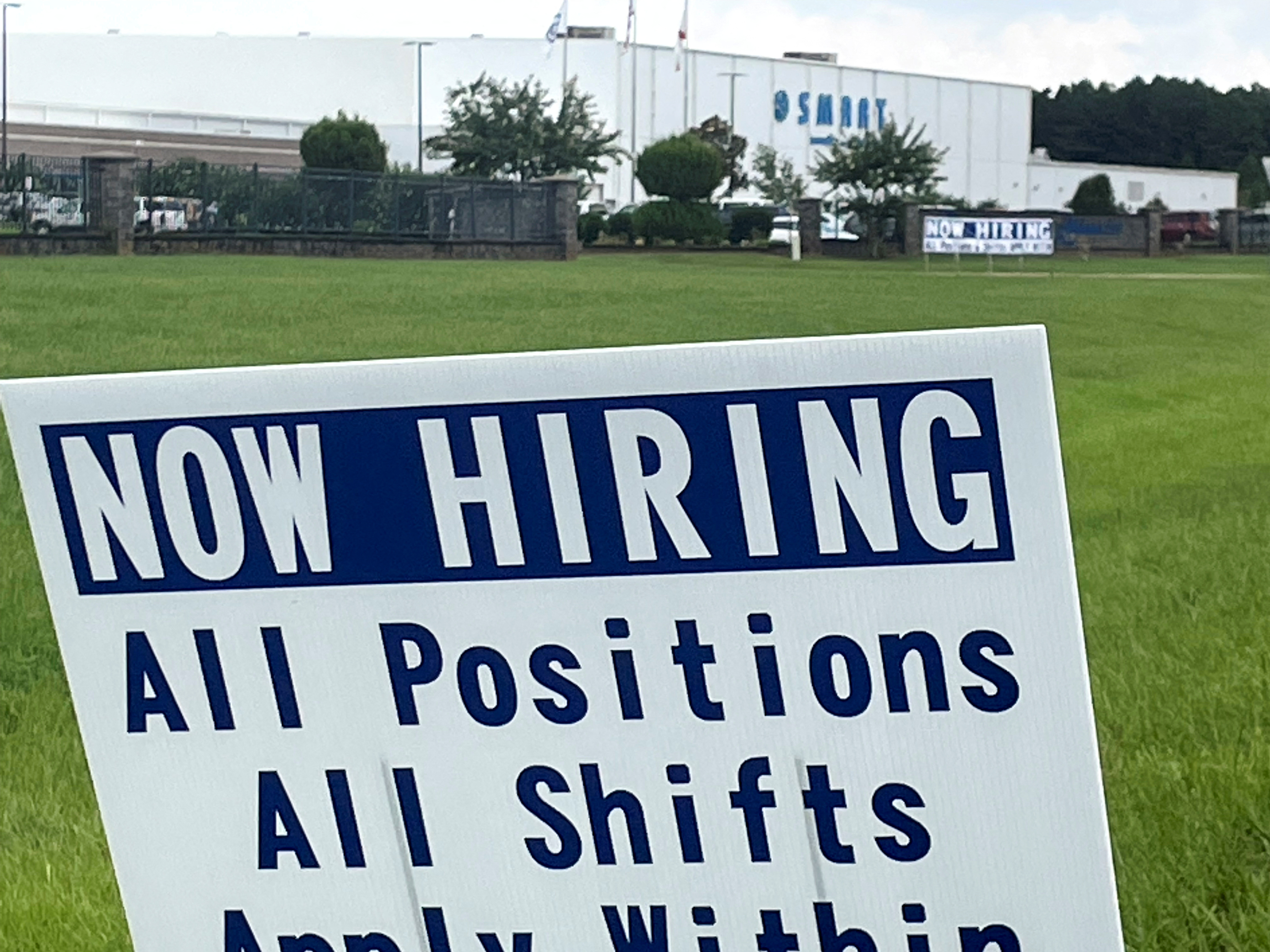 U.S. job openings edged lower in October, moving one closely-watched measure of the labor market in the direction Federal Reserve officials hope to see as they contemplate slowing the pace of upcoming interest rate increases.

But the progress was modest, with openings dropping from about 10.6 million to 10.3 million, and the ratio of open jobs to each unemployed person falling to 1.7 from 1.85.

That is better than the nearly 2-to-1 levels seen as recently as July, but still far above the roughly 1.2 jobs per unemployed person that characterized the years before the COVID-19 pandemic, when the unemployment rate was similar to October’s 3.7% but wage gains were considered consistent with the U.S. central bank’s 2% inflation goal.

A separate estimate of the number of people who quit jobs, watched as a measure of worker leverage in the economy, also fell, but only slightly.

The overall results of the latest Job Openings and Labor Turnover Survey showed numbers that were “still very elevated from pre-pandemic levels,” Nick Bunker, economic research director for North America at the Indeed Hiring Lab, wrote on Twitter. “The quits rate continued to moderate, but the pace of descent is not very rapid. Continued strong levels of job switching would keep nominal wage growth robust.”

JOLTS has become a focal point of Fed deliberations, with the numbers of job openings and quits often cited by Powell as a barometer of just how tight the U.S. labor market remains as the central bank tries to slow the overall economy.

Aspects of it also figure into an ongoing debate over whether the Fed, at a time of such high demand for workers, can ease inflation and slow the economy without causing a rise in joblessness – but simply a decline in open positions.

So far, progress along what is known as the Beveridge Curve, which plots job openings against the unemployment rate, has left that argument unresolved with little movement across either aspect.

As the Fed continues its battle against high inflation – the central bank’s preferred measure shows it running about three times the 2% target, it is closely watching the evolution of the job market for signs that the rate hikes delivered this year are beginning to take hold.

The U.S. Labor Department will release its employment report for November on Friday, providing Fed officials key data to carry into their Dec. 13-14 policy meeting. Economists polled by Reuters expect a gain of 200,000 jobs for the month, another step towards the sort of monthly job growth seen before the pandemic and away from the outsized gains of the last two years.