German authorities expect further arrests and raids in the coming days in connection with a far-right group that prosecutors say were preparing a violent overthrow of the state to install a former member of a German royal family as national leader.

“Based on my experience, there is usually a second wave of arrests,” Georg Maier, the interior minister of the eastern German state of Thuringia, told broadcaster Deutschlandfunk on Thursday.

The envisaged new leader Heinrich XIII P.R., who uses the title prince, is a descendent of the royal House of Reuss in Thuringia.

Twenty-five members and supporters of the group were detained on Wednesday in raids involving some 3,000 security personnel that Maier described as unprecedented in modern German history.

Holger Muench, head of the federal police office, told broadcaster ARD on Thursday that the number of suspects in the case now stood at 54, and that that figure could rise further.

“We have identified further people where we are not sure yet what their status is in connection with this group,” he said.

Police in their raids on Wednesday found equipment ranging from protective vests to crossbows, rifles and ammunition, Muench said, as well as plans to build up a “homeland protection command” and evidence of recruitment.

“We have a dangerous mixture of people who are following irrational convictions, some with a lot of money, others in possession of weapons and a plan to launch attacks and expand their structures,” Muench said.

Thuringia minister Maier singled out the far-right Alternative for Germany (AfD) party, which is in the state parliament, for becoming an interface for right-wing extremists and spreading what he called fantasies about toppling the state.

“People are scared, and the AfD takes advantage of that and offers simple solutions,” said Maier.

The AfD had in a statement on Wednesday condemned the far-right group’s efforts and expressed confidence in the authorities’ ability to bring clarity to the situation quickly and completely. 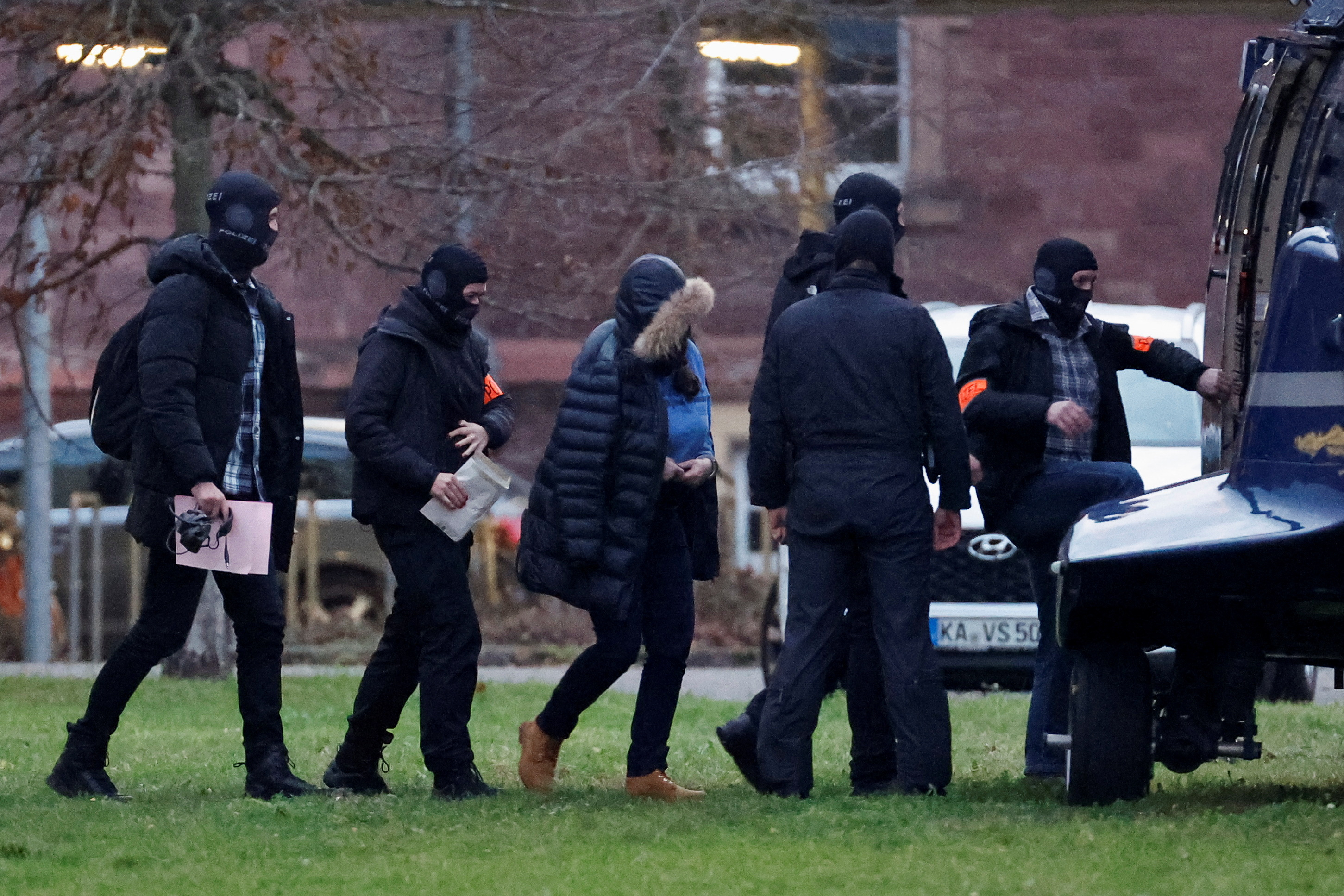 Police escorts a person after 25 suspected members and supporters of a far-right group were detained during raids across Germany, in Karlsruhe, Germany December 7, 2022. REUTERS/Heiko Becker 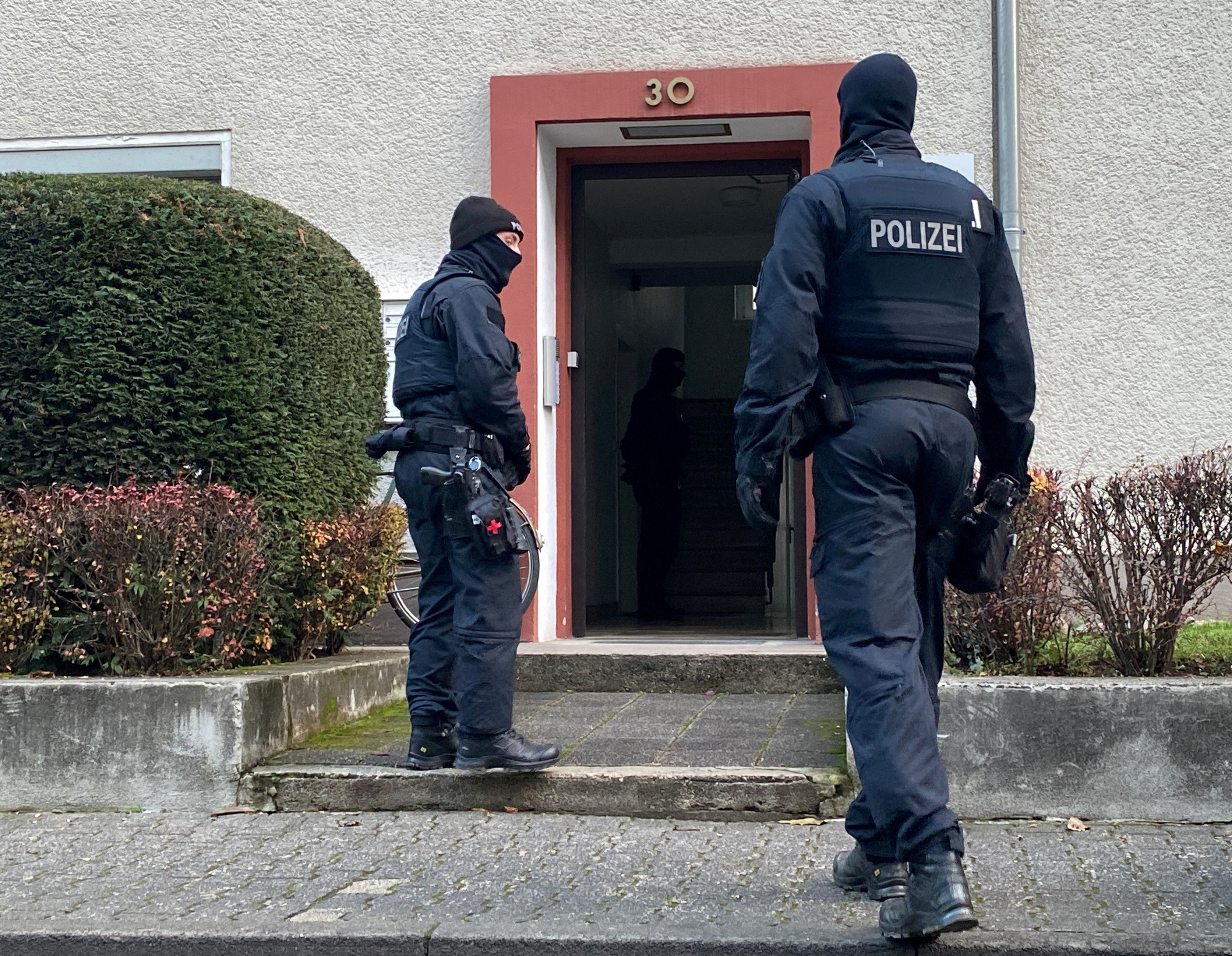 Police secures the area after 25 suspected members and supporters of a far-right group, that the interior ministry claimed posed a terrorist threat, were detained during raids across Germany, in Frankfurt, Germany December 7, 2022. REUTERS/Tilman Blasshofer