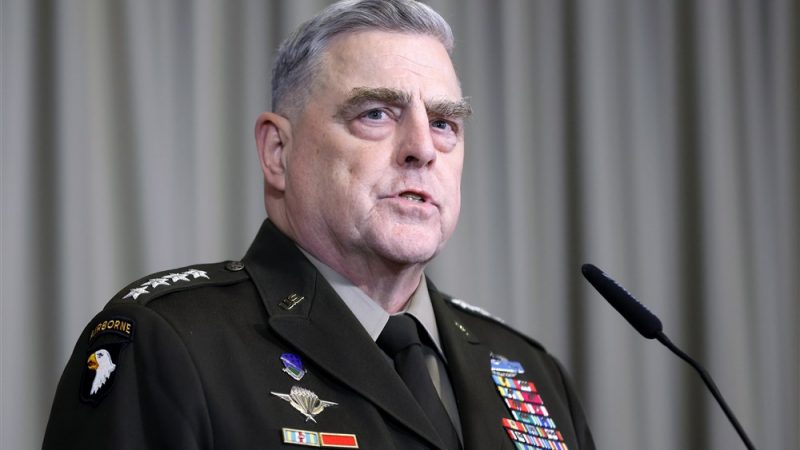 Western allies on Friday (20 January)dampened Ukraine’s hopes for a rapid shipment of battle tanks to boost its firepower for a spring offensive against Russian forces, with the United States urging Kyiv to hold off from mounting such an operation.

The top US general, speaking after a meeting of the allies at Ramstein Air Base in Germany, also said it would be very hard for Ukraine to drive Russia’s invading forces from the country this year.

The run-up to the Ramstein meeting had been dominated by the issue of whether Germany would agree to send Leopard 2 tanks to Ukraine, or permit other countries that have them to do so.

In the end, no decision on supplying Leopards was reached on Friday, officials said, although pledges were given for large amounts of other weapons, including air defence systems and other tank models.

“We had a frank discussion on Leopards 2. To be continued,” Ukrainian Defence Minister Oleskii Reznikov said after the meeting.

The United States was also holding fast to its decision not to provide Abrams tanks to Ukraine yet, a senior US official said in Washington.

In Ramstein, US General Mark Milley, Chairman of the Joint Chiefs of Staff, told a news conference: “From a military standpoint, I still maintain that for this year, it would be very, very difficult to militarily eject the Russian forces from every inch of Russian-occupied Ukraine.”

The developments likely came as a disappointment to Ukraine, as the war unleashed by a Russian invasion last February grinds on, with no solution nor let-up in sight. President Volodymyr Zelenskyy had specifically requested more battle tanks.

Ukraine was hit especially hard this week, reporting 44 people confirmed dead and 20 unaccounted for after a Russian missile attack on an apartment block in Dnipro. Russians in St Petersburg and Moscow have been laying flowers at improvised memorials to the victims.

US Defense Secretary Lloyd Austin told a news conference at the end of the Ramstein meeting that while time was of the essence for Ukraine to take the fight to Russia’s forces in the spring, Ukraine was well-equipped even without the Leopards.

“Ukraine is not dependent on a single platform,” he said.

US President Joe Biden’s administration faces pressure at home to supply more advanced weaponry. A group of US senators visiting Kyiv on Friday blasted the delays. “We should not send American troops to Ukraine, but we should provide Ukraine with whatever we would give our troops if they were fighting on the ground,” Democratic Senator Richard Blumenthal told reporters.

For its part, the Kremlin said supplying tanks to Ukraine would not help and that the West would regret its “delusion” that Kyiv could win on the battlefield.

Germany has been under heavy pressure to allow Leopards to be sent. Chancellor Olaf Scholz’s Social Democrat party is traditionally sceptical of military involvements and wary of sudden moves that could cause Moscow to further escalate.

German Defence Minister Boris Pistorius said he could not say when there would be a decision on the tanks but Berlin was prepared to move quickly if there was consensus among allies.

“All pros and cons must be weighed very carefully,” Pistorius said.

Defence ministers from NATO and other countries met at Ramstein amid concern that Russia would soon reenergize its military campaign to seize parts of Ukraine’s east and south that it says it has annexed but does not fully control.

Zelenskyy thanked allies for their support at the start of the meeting, but said more was needed and more quickly.

“We have to speed up. Time must become our weapon. The Kremlin must lose,” he said.