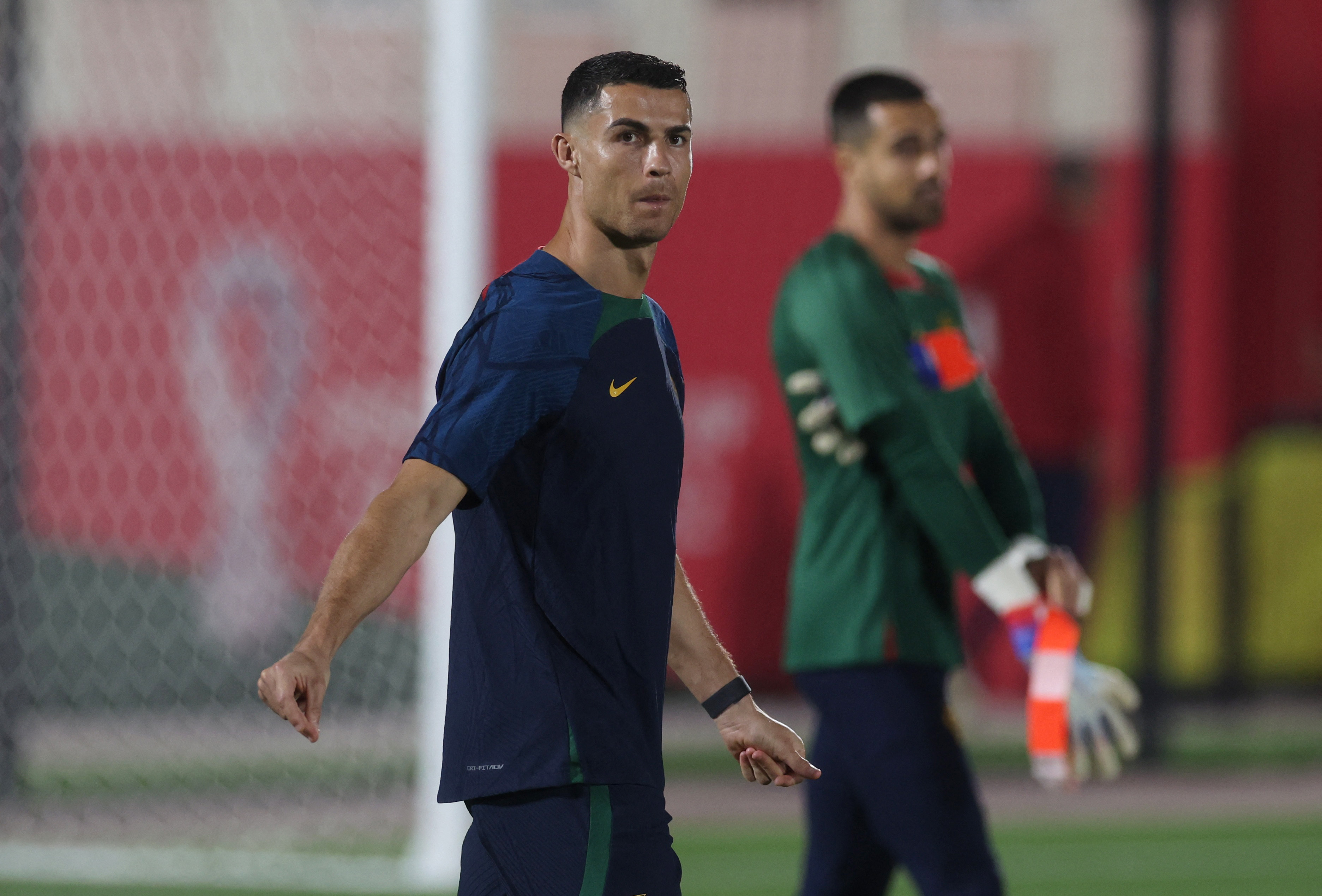 Cristiano Ronaldo, appearing in his fifth World Cup, will spearhead Portugal’s attack against Ghana alongside Joao Felix in their opening Group H match on Thursday.

Ronaldo left Manchester United this week in an acrimonious split after he said he felt betrayed by the club, but his coach and team mates have said the upheaval was having no impact on Portugal’s preparations for their campaign in Qatar.

Portugal coach Fernando Santos partnered Ronaldo with Atletico Madrid’s Felix in attack while Danilo Pereira joined Ruben Dias in the centre of defence. In midfield, Santos chose an attacking formation with only Ruben Neves as an anchor.