In the annals of pop psychology, few concepts are as widely understood and embraced as that of boundaries. We set them in order to move on from codependent relationships, or to stop working 80-hour weeks, or to cut the umbilical cord, metaphorically speaking, once we’ve left our parents’ home. This all seems pretty self-evidently healthy. What the deeply irritating new Apple TV+ dramedy Shrinking proposes is, well, maybe it isn’t. Maybe we should all constantly be meddling in the business of our family, friends, co-workers, and neighbors. Hell, maybe therapists should step out of the office and dirty their hands in the muck of their patients’ lives.

Premiering Jan. 27, Shrinking casts Jason Segel (who co-created the show with Ted Lasso breakout Brett Goldstein and Bill Lawrence, a creator of Lasso and Scrubs) as Jimmy Laird, a middle-aged Pasadena therapist who’s spent months flailing in the wake of his wife’s car-crash death. The series opens with Jimmy’s next-door neighbor Liz (Christa Miller) awakening in the wee hours of the morning to the din of loud music, playful shrieks, and splashing. Our intoxicated hero is entertaining a pair of sex workers poolside, surrounded by liquor bottles and crushed-up Adderall, as his 17-year-old daughter Alice (Lukita Maxwell) sleeps inside the house. This is hardly the first time Liz has caught him mid-debauchery. “I’m sorry,” he tells her, all self-hating sincerity, after reluctantly ending his sad, late-night party. “I know,” she sighs.

This introductory scene turns out to be a solid test of how you’ll feel about the show as a whole. If it works for you, then you might enjoy Shrinking. For me, it raised one red flag after another. A psychiatric professional and single dad who wakes his upper-middle-class suburban neighborhood at 3 a.m. on a speed-fueled bender with two paid escorts isn’t just a protagonist in crisis; he’s a character who strains believability. Add in Alice, and he’s also kind of a monster. Could Jimmy possibly harbor any profound insights into human psychology—which is, after all, the central subject of the show? And can we trust creators who dreamed up such a generic snapshot of a man in grief-induced free fall to imaginatively and entertainingly convey them? 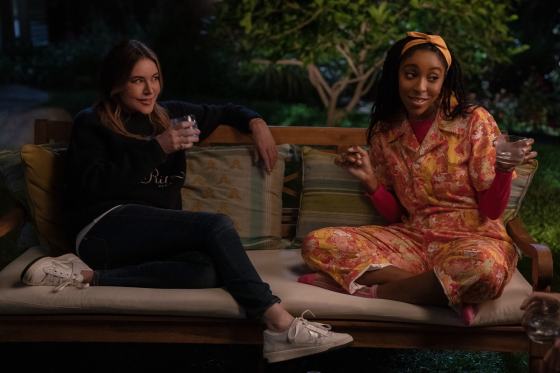 Sadly, the answer to both questions is a resounding no. Rather than shaming him into surrendering his credentials and sending his daughter to live with literally any relative who doesn’t habitually reenact Scarface in the backyard of her home, the encounter with Liz inspires him to redeem himself as a therapist and as a father. The parental makeover, after months of dissipation and neglect, lands poorly at first. Upon learning that he’s washed her soccer jersey and bought her blueberries, the remarkably mature Alice explains to Jimmy that these gestures amount to too little, too late. While it’s hard to believe that these two have cohabited alone for so long without catastrophe striking, their tense interactions more or less make sense.

Which is more than you can say for Jimmy’s professional life. For him, recommitting to his vocation means radically altering his approach to therapy. Instead of gradually tapping into patients’ psychology through session after session of listening and reflection designed to lead them toward hard-earned self-knowledge, he starts telling them what he really thinks. “Grace, your husband is emotionally abusive,” he tells a patient played by SNL’s Heidi Gardner. “Leave him or I’m done being your therapist.” It shouldn’t take much training to see that this is a terrible ultimatum for male shrink to issue to a woman he believes is being abused by her husband.

It’s not that the show is trying to portray Jimmy as a brilliant maverick therapist. Some of his unconventional prescriptions turn out quite badly. But it does want us to take seriously what comes across as a patently ridiculous experiment in boundary busting. After inadvertently getting a patient named Sean (Luke Tennie) kicked out of his parents’ home, Jimmy moves the young veteran with aggression issues into his pool house. This enmeshing of lives that professional boundaries would normally keep separate sets the tone for the season. Jimmy’s closest colleague, Gaby (Jessica Williams), and boss, Paul (Harrison Ford)—whose pro-boundary position is framed as having caused huge problems in his own personal relationships—get drawn into his chaotic existence. Liz bonds with Gaby. Alice confides in Paul and crushes on Sean. Jimmy’s estranged best friend, Brian (Michael Urie), comes back into the picture. 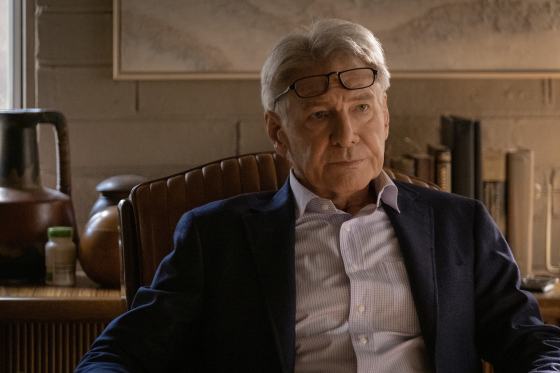 After several episodes of watching characters fight and overshare and shoot themselves in the feet, a sort of guiding ethos emerges: People are beautiful in their brokenness, so let’s all lean on each other and tolerate one another’s shortcomings and share our gorgeous, messy healing journeys with everyone we know. Although it’s certainly easy to mock, this radical form of acceptance isn’t without merits. But it’s also a bit of a narrative—not to mention a self-help—cliché, and one that doesn’t seem best applied to the profoundly destructive behavior of an antihero who should, by virtue of his profession, possess a modicum of self-control. Segel, Goldstein, and Lawrence try to frame Jimmy as relatably flawed. Instead, he comes off as a casual perpetrator of gross therapeutic malpractice whose negligence as the sole remaining parent to a girl suffering acutely from her own grief constitutes an ongoing emergency.

The result is a show that labors mightily to affect and inspire but ultimately only grates. And its construction is even flimsier than its content. Plot holes are common; more than once, as when Jimmy shows up uninvited to a patient’s dinner date, a character appears at an event whose time and place they could not reasonably have known. Uniformly long-suffering women and Black characters who are never not talking about Blackness or white people suggest the blind spots of white, male creators trying too hard to be sensitive. Inexplicably stylized, navel-gazing scripts work against the humanistic themes. “I would’ve come sooner,” Jimmy babbles at Alice, overcome with emotion, when he finally sees fit to attend one of her soccer games. Then, in a non sequitur: “It’s just… you look so much like your mom.” Virtually every conversation is about feelings, which would get exhausting after an episode or two even if the writing were better.

So much tonal dissonance does a disservice to the talented cast, whose very different performance styles create the impression that each is acting in a different type of show. For Segel, Shrinking is a painfully self-referential, midlife-crisis cringe comedy. Williams warms up every scene she’s in with the goofy charm of the rom-com heroine she so lovably embodied in the second season of Love Life. Ford, who currently stars in the Yellowstone spinoff 1923 but previously stuck mostly to the big screen, plays a character so underwritten, he’s forced to revert to his tough, dry, taciturn default. An alum of HBO Max’s short-lived teen dramedy Generation, Maxwell is shunted by tropey story lines into a wide-eyed YA context of her own.

Shrinking isn’t the only recent show to probe the inner lives of troubled psychotherapists. FX’s The Patient, HBO Max’s pandemic-era In Treatment reboot, and Apple’s own The Shrink Next Door have all struggled, in different ways, to put viewers inside the heads of headshrinkers pushed to extremes. At a moment when mental health is trending and more people than ever are seeking help, it makes sense that creators would want to not just break through these practitioners’ sphinx-like exteriors, but also fantasize about what might happen if shrinks were inspired to dissolve the extensive boundaries on which their profession is built. In truth, we will never know as much about our therapists as anyone who watches Shrinking will learn about Jimmy. And as the show, in all its self-involved unpleasantness, accidentally implies, that’s probably for the best.