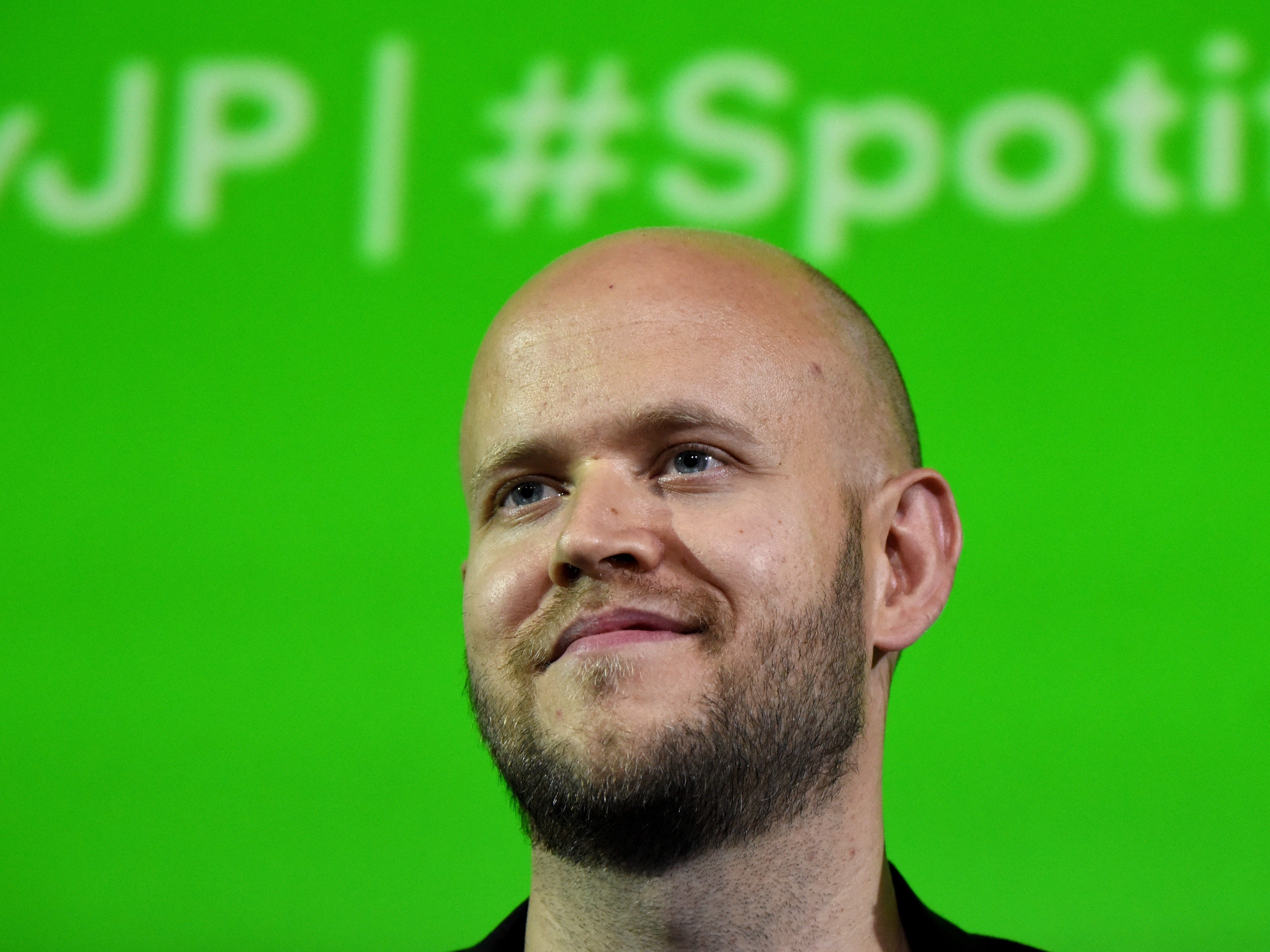 “Hi, it’s me, your friendly neighborhood CEO with a net worth of about $2 billion who stands to benefit from some changes that might include you losing your job.”

This might as well have been the message Spotify CEO Daniel Ek shared in a memo announcing layoffs at the company.

In the memo, which was published on Spotify’s website Monday, Ek described what would happen now that the company had announced plans to lay off about 6% of its work force. That would come to about 588 employees based on the global work force the company reported with its third-quarter earnings.

Ek wrote about forthcoming changes in the C-suite, then said: “Personally, these changes will allow me to get back to the part where I do my best work — spending more time working on the future of Spotify — and I can’t wait to share more about all the things we have coming.”

His excitement seemed discordant with the announcement that came a few paragraphs later: “We’ve made the difficult but necessary decision to reduce our number of employees.”

Spotify joins a wave of high-profile tech companies that have conducted mass layoffs in the past few months. Memos from the CEOs of these organizations announcing the layoffs have varied from empathetic and self-flagellating to sparse bordering on callous.

Ek’s memo is otherwise unremarkable. He mentions the support Spotify will provide to outgoing employees and expresses confidence in the company’s future, for example. But leadership experts say Ek’s note about the career opportunities the C-suite reorganization affords him is inappropriate in this context.

“People want empathy and sympathy and a focus on what’s happened to them” during layoffs, said Adam Galinsky, a professor of leadership and ethics who’s the vice dean for diversity, equity, and inclusion at Columbia Business School.

In the memo, Ek wrote that the layoffs and the reorganization of Spotify’s C-suite would help the company become more efficient, make more-effective decisions, and save money. He held himself accountable for the situation and reassured remaining employees that the company was stable — two elements of a layoff announcement that experts say are critical.

“In hindsight, I was too ambitious in investing ahead of our revenue growth,” Ek wrote. “I take full accountability for the moves that got us here today.”

He added: “It’s my belief that because of these tough decisions, we will be better positioned for the future.”

But letting employees know how his job will be getting better when he can focus on the company’s future is somewhat tone-deaf, experts said.

“Talking about, or in any way putting oneself at the center as ‘what’s in this for me’ is not appropriate in this kind of note,” Coco Brown, the CEO and founder of Athena Alliance, an executive-development network for women, wrote in an email to Insider.

“This is a powerful example of toxic positivity,” Brooks Scott, an executive coach and the CEO of Merging Path Coaching, wrote in an email to Insider.

“Focusing on ‘personally, me, I, and my’ detracts from what employees are going through,” Scott added. “What people are looking for is an acknowledgment of the hard work they’ve done in the past, and some empathy for the present.”

Galinsky said the “subtext” of Ek’s comment about his own career opportunities was, “I want to get back to being the visionary I can be.” Ek might instead have commented on how the reorganization would give the company as a whole “the resources it needs to be able to help those that are going to stay with Spotify, create a better organization that’s going to grow, and maybe hire more people in the future,” Galinsky added.

The standard CEO memo announcing layoffs can seem formulaic, Galinsky said. You make the announcement, you express regret, and you tell customers, investors, and remaining employees that the company is in a good position. It’s possible (though Galinsky can’t say for sure) that Ek wanted to depart — if only slightly — from these conventions.

Still, “the formula exists for a reason,” Galinsky said, adding: “The formula is to express remorse and regret that you’re having to take this action but the actions ultimately support a brighter future for this company.”