Unemployed and unable to support his family of four, Hussein Hamadeh, 51, now spends his days trying to find help to weather a protracted economic crisis that some Lebanese fear has become the new norm.

Hamadeh lost his stable job in carpentry and developed an illness that requires expensive medication.

He used to fish and sell his catch for extra income, but he said would-be buyers in his shanty neighbourhood on the coast by Beirut’s airport now cannot afford fish or do not buy it because power cuts mean they are unable to rely on refrigeration.

Like many Lebanese, Hamadeh’s family teeter on the edge of deprivation but never quite fall off the cliff, leading to an exhausting, anxiety-inducing life that leaves him feeling disoriented and unable to plan ahead.

“I have a very pessimistic view of the future. I take each day as it comes, there is no future for me,” Hamadeh said, as his daughters, aged 9 and 13, studied in the grey light that filtered through a window at their unlit one-bedroom home.

The formerly middle-income country’s financial system imploded in 2019, leading to a currency crash that the United Nations says has dragged four out of five residents into poverty.

A study by pollsters Gallup released last December, found nearly three in four people polled in Lebanon experienced stress “a lot of the day” during the previous day – a new high in its 16 years measuring trends in the country. Some 63% said they would leave the country permanently if they could

About $200 come from relatives and a government social assistance programme, and good neighbours help when they can. His children’s school expenses are mostly covered by a charity and a portion of his medicine is subsidised by the state.

“Today we had lunch, that means we’re done. We leave tomorrow for tomorrow. Before, we used to plan for a month or a year or two … now, we’ve lost that ability,” he said.

The crisis, by the admission of senior politicians themselves, was the result of decades of profligate spending and corruption that led the financial system, a main lender to the state, to collapse.

Economists say it will deepen as long as politicians delay passing reforms agreed with the International Monetary Fund in April and required to unlock billions of dollars in aid.

Basic state services have crumbled, subsidies on almost all goods have been removed and tens of thousands of Lebanese have left the country seeking jobs abroad in the biggest emigration wave since the 1975-90 civil war.

The World Bank has dubbed the crisis a “deliberate depression” orchestrated by political and financial elites. The government says it remains committed to implementing reforms that would pave the way for an IMF deal.

However, public pressure for reform that peaked during 2019 protests and after the August 2020 Beirut port blast has largely subsided, and parties that have ruled for decades still took the vast majority of seats in May’s parliamentary polls.

He noted that many households had adjusted to the situation, living on aid and the few hundred dollars their relatives working abroad send back home each month.

While Lebanon had long relied on remittances, the flow has increased as some 200,000 people had emigrated since 2019, he said.

The World Food Programme alone supports a third of the country’s 6 million population with food and cash aid; hospitals, schooling and even the salaries of security services are increasingly funded by international donors.

And the economy has become a two-tier system, split between those with access to hard currency – known as the “fresh dollar class” – who can afford to eat at restaurants or send their children to elite schools, and those who earn in local currency and can afford little more than basics.

“It hurts, I won’t deny it. But we have gotten used to the wound. Our skin is used to it. We’ve become thick-skinned.” 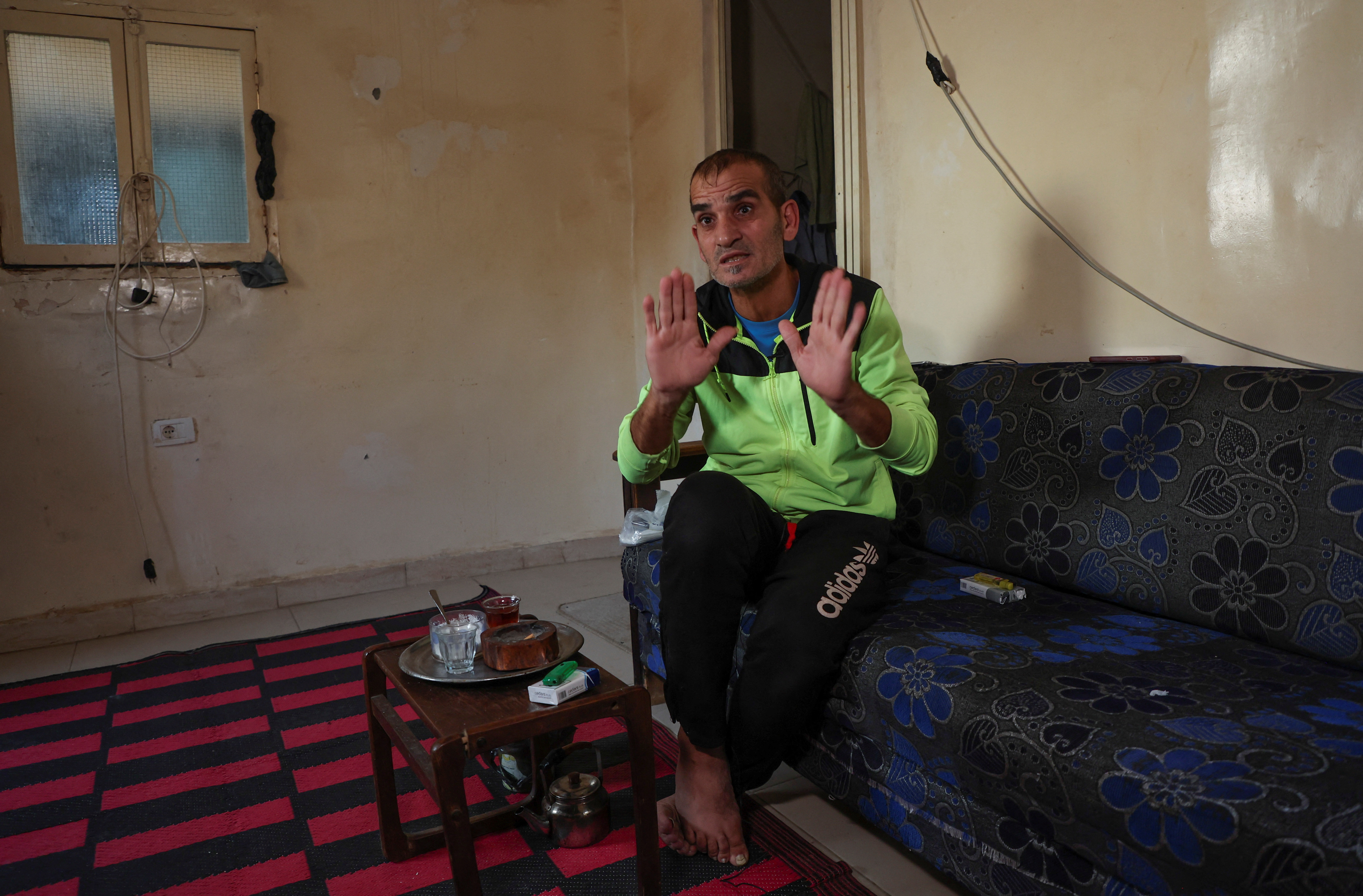 Unemployed Lebanese Hussein Hamadeh gestures as he speaks during an interview with Reuters inside his home in Beirut’s southern suburb of Ouzai, Lebanon November 15, 2022. REUTERS/Mohamed Azakir 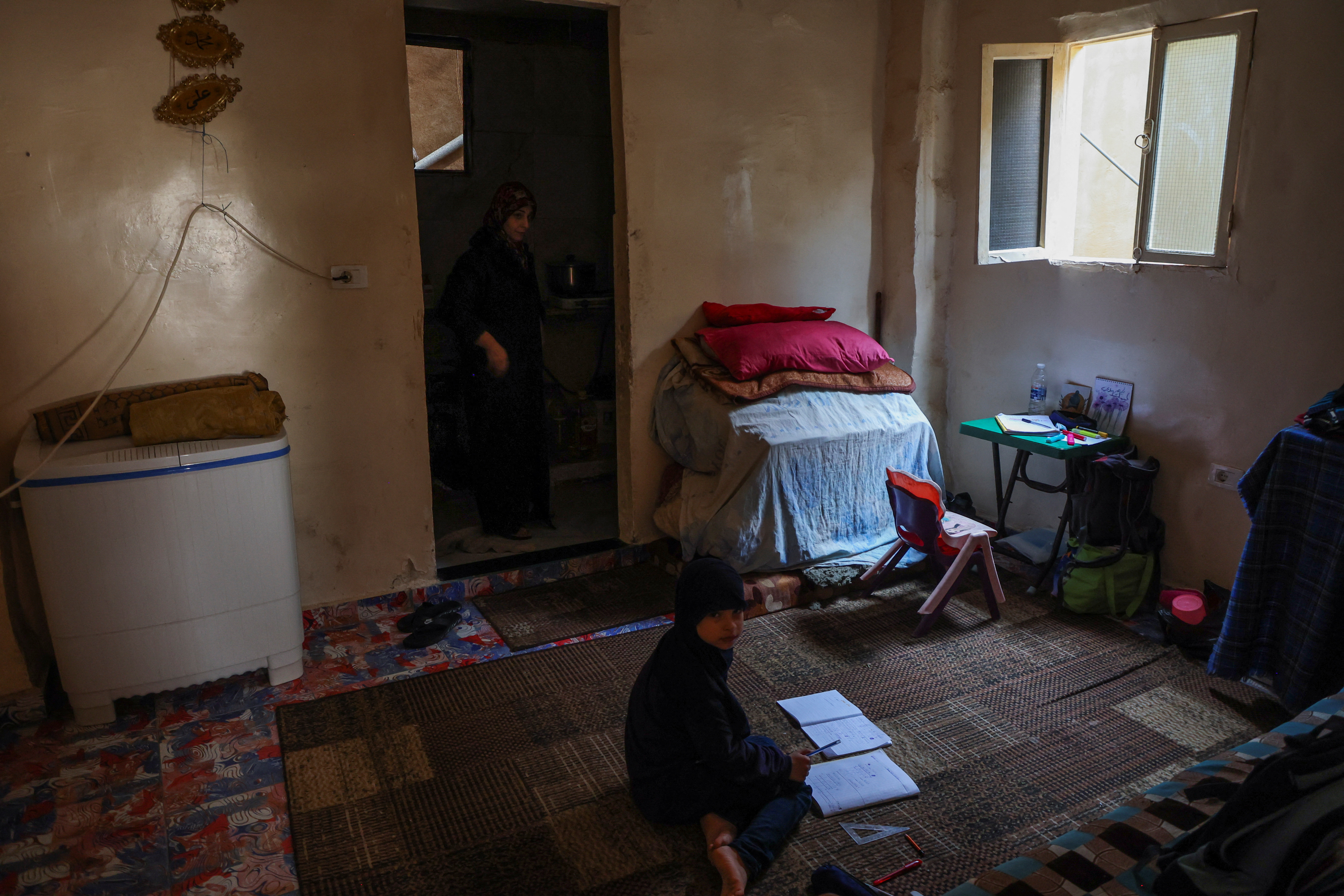 Wife and daughter of unemployed Lebanese Hussein Hamadeh are present inside their home in Beirut’s southern suburb of Ouzai, Lebanon November 15, 2022. REUTERS/Mohamed Azakir 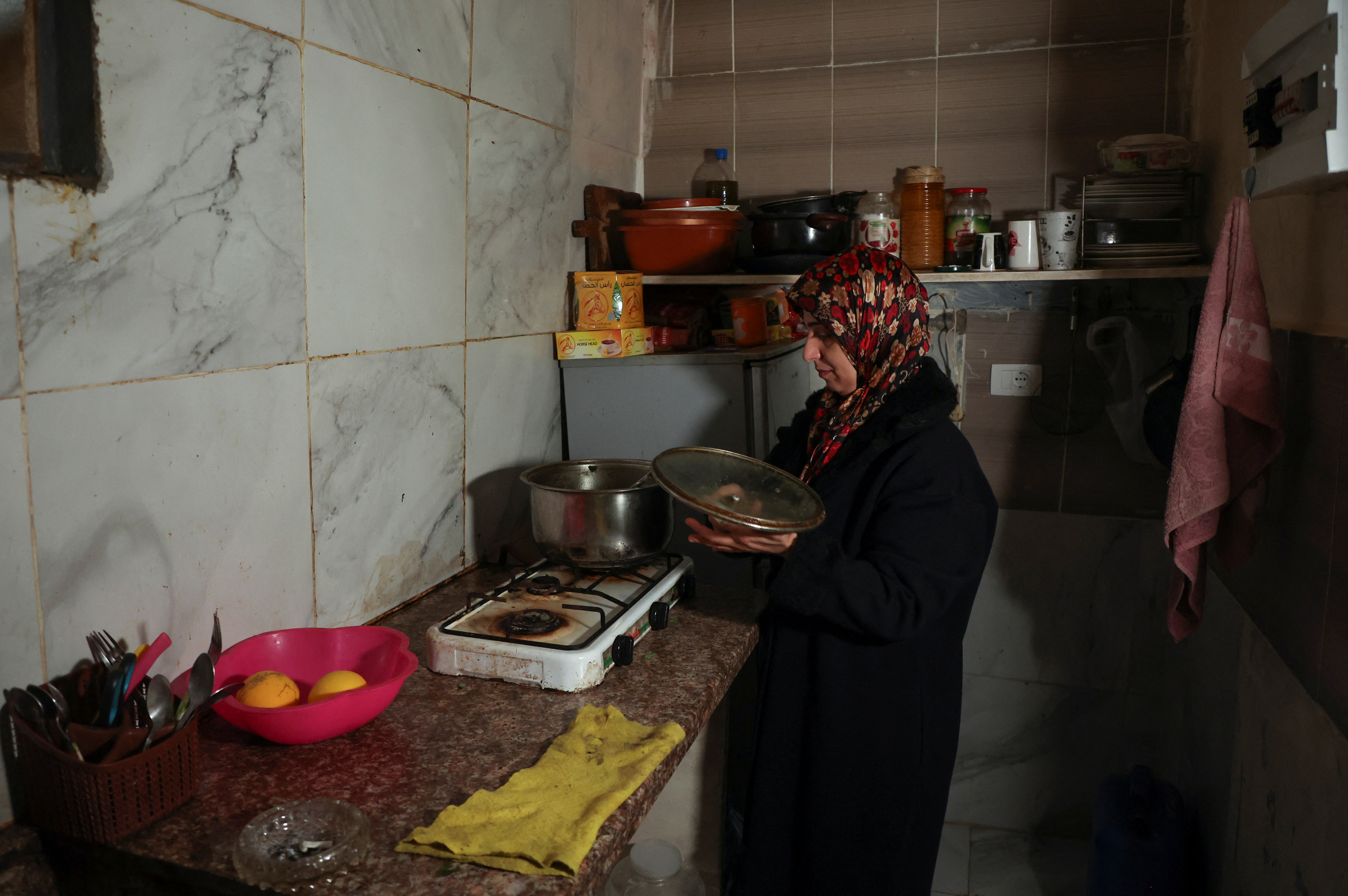 Wife of unemployed Lebanese Hussein Hamadeh stands at the kitchen of her home in Beirut’s southern suburb of Ouzai, Lebanon November 15, 2022. REUTERS/Mohamed Azakir 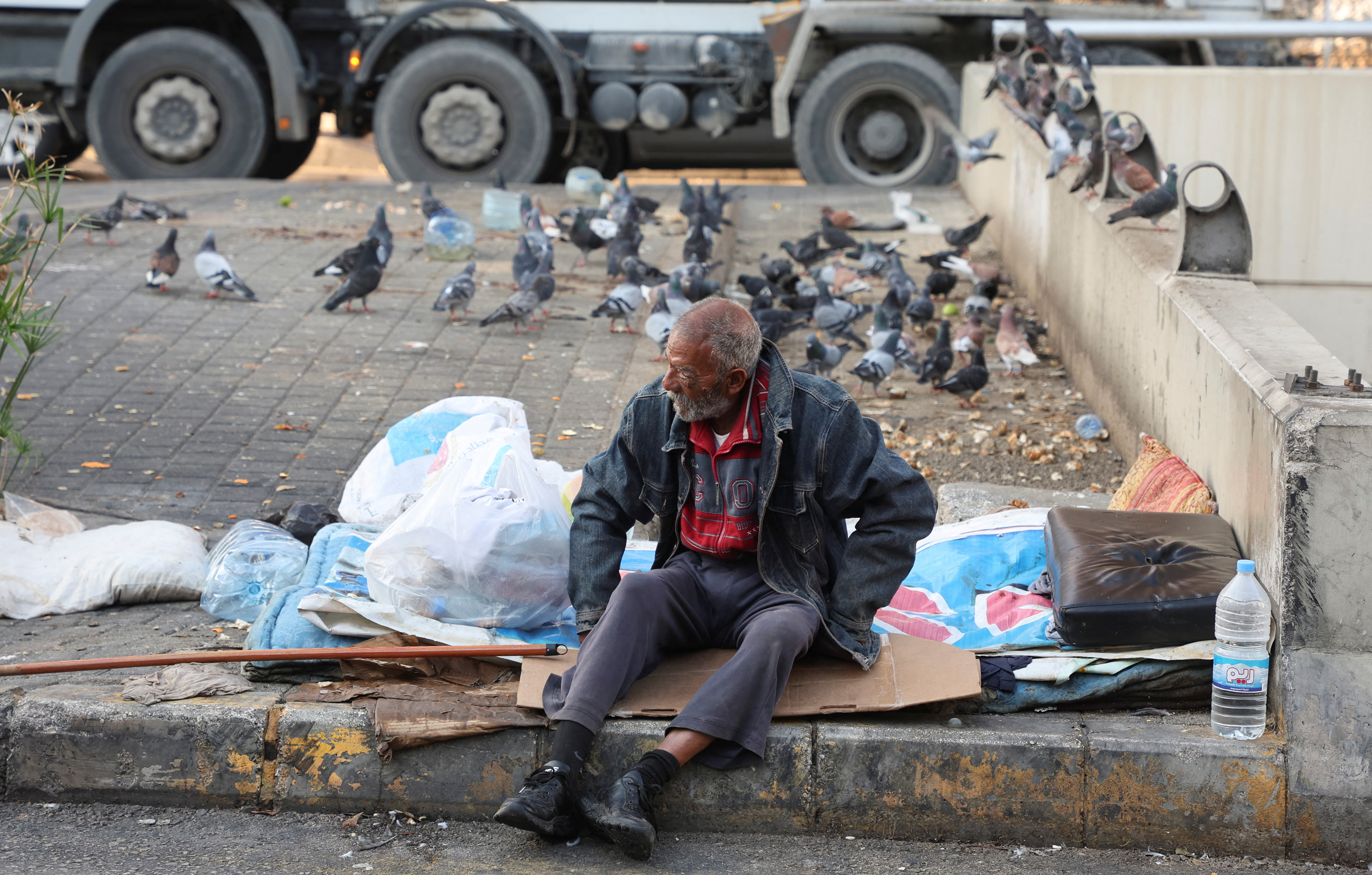 A homeless man sits on a curb along a street in Beirut, Lebanon November 17, 2022. REUTERS/Mohamed Azakir 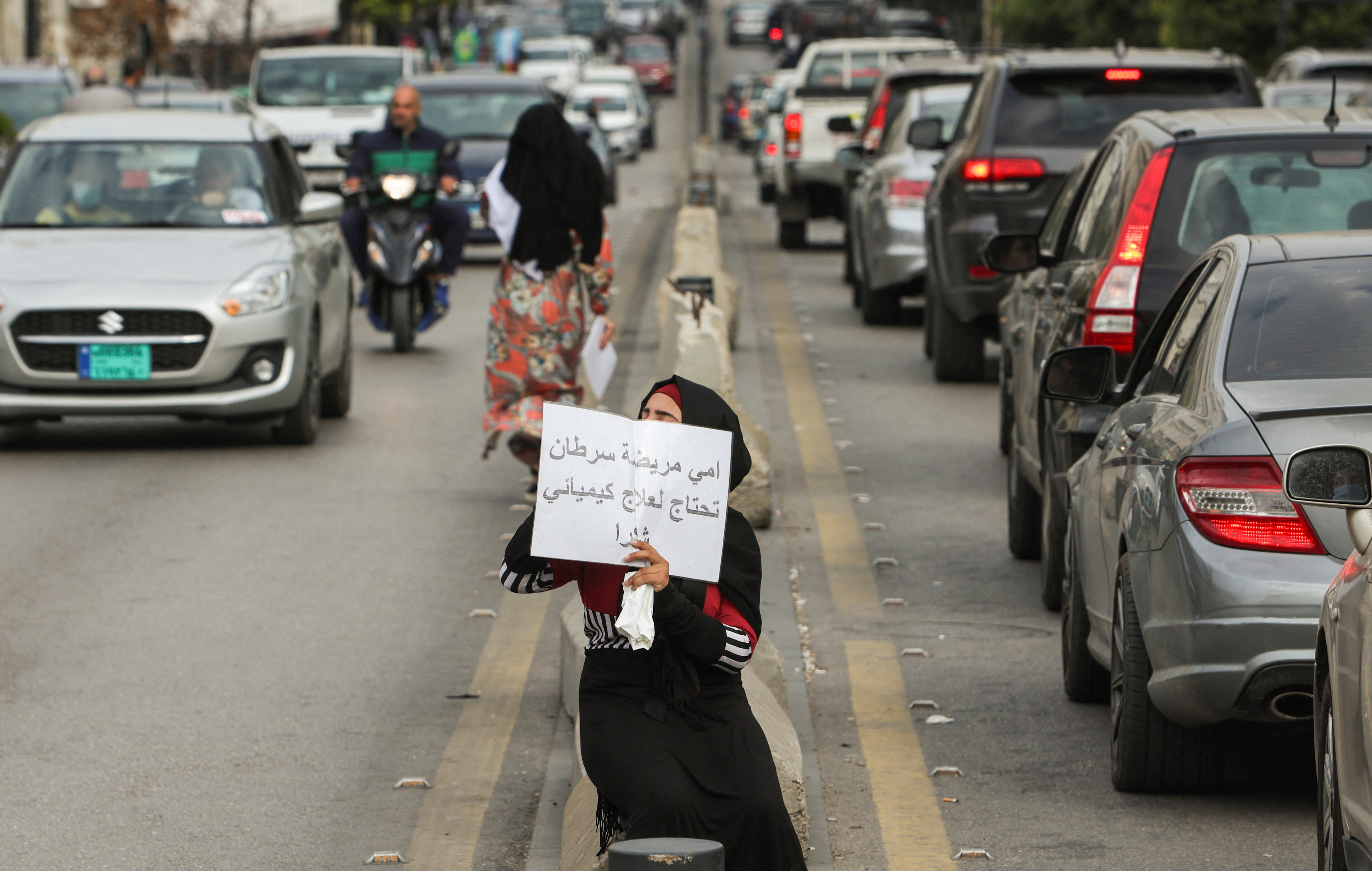 A beggar holds a sign reading “My mother is sick with cancer, she needs chemotherapy” in Sidon, Lebanon November 15, 2022. REUTERS/Aziz Taher 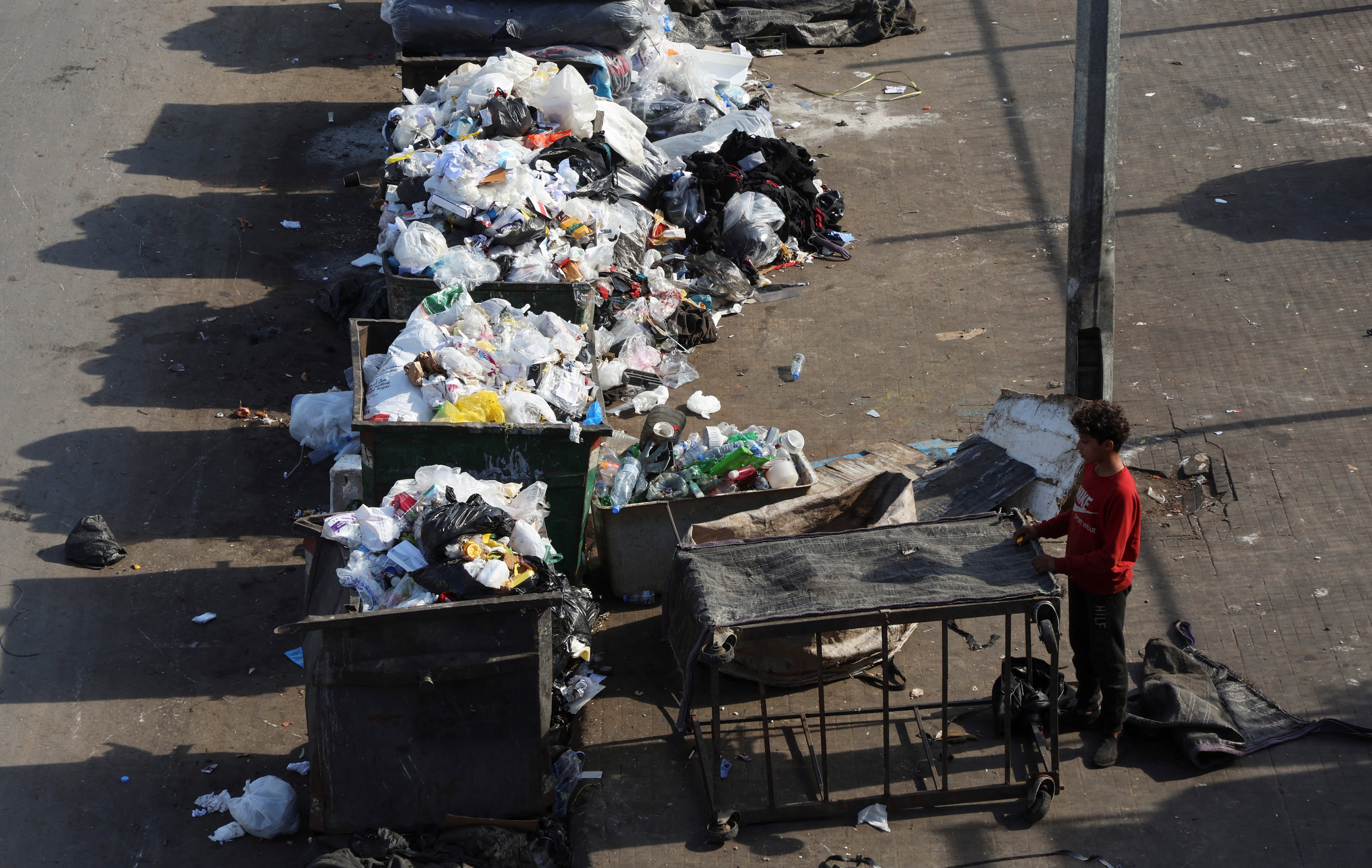 A boy stands near a dumpster in Beirut, Lebanon November 18, 2022. REUTERS/Mohamed Azakir