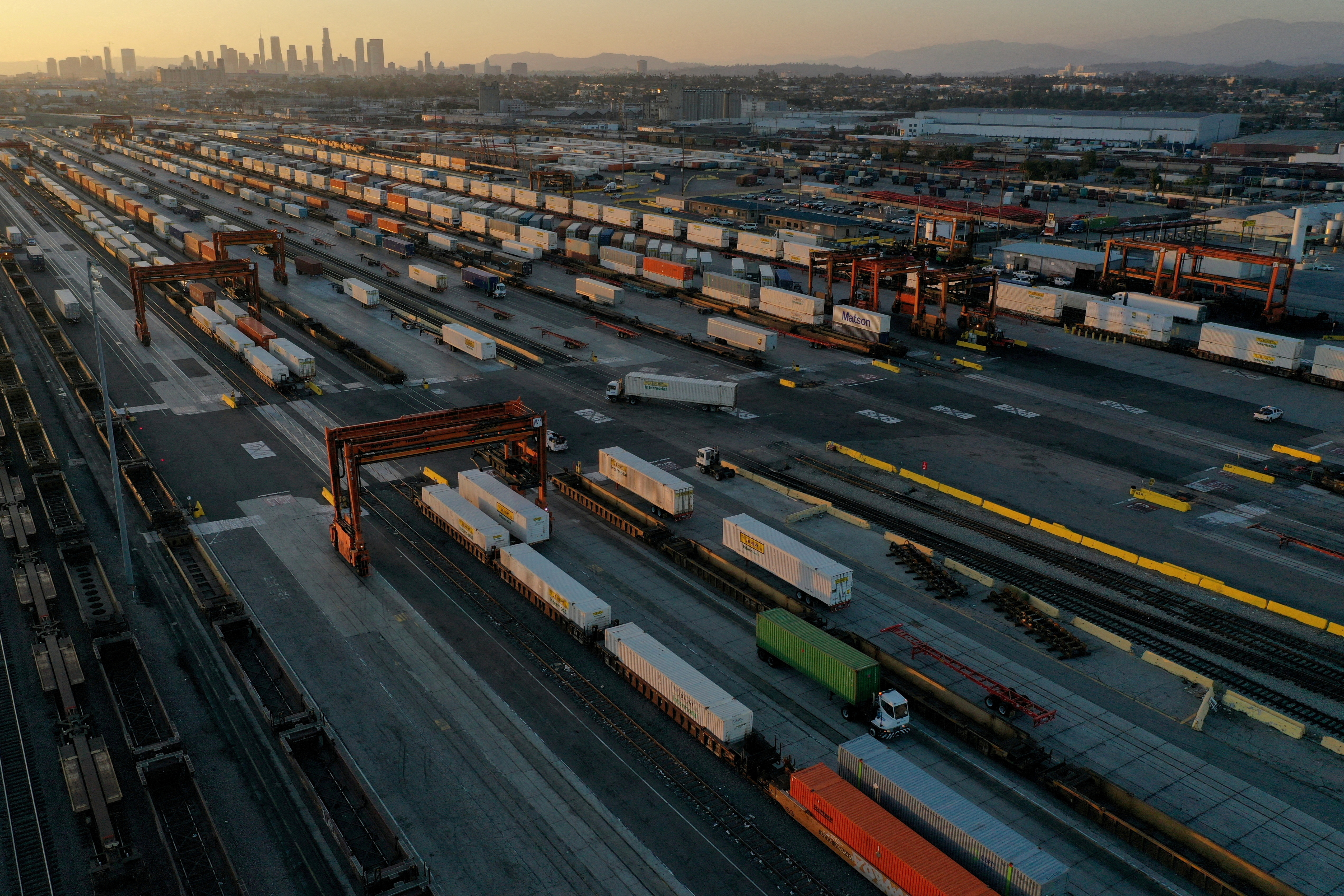 An aerial view of gantry cranes, shipping containers, and freight railway trains ahead of a possible strike if there is no deal with the rail worker unions, at the Union Pacific Los Angeles (UPLA) Intermodal Facility rail yard in Commerce, California, U.S., September 15, 2022. REUTERS/Bing Guan

The U.S. House of Representatives is set to vote on Wednesday to approve a bill to block a potentially crippling rail strike, but the fate of a separate proposal by lawmakers to mandate paid sick time remains uncertain.

Lawmakers will vote to impose a tentative contract deal reached in September on a dozen unions representing 115,000 workers after President Joe Biden warned of the catastrophic impact of a rail stoppage that could begin as early as Dec. 9.

House Speaker Nancy Pelosi said there would be an additional vote on a proposal to give seven days of paid sick leave to railroad employees, which lawmakers said is also expected to pass the House but faces an uncertain fate in the Senate.

A rail strike could freeze almost 30% of U.S. cargo shipments by weight, stoke already surging inflation and cost the American economy as much as $2 billion per day, and strand millions of Amtrak and commuter rail passengers.

Railroads and the U.S. Chamber of Commerce oppose amending the contract deal that was struck in September largely on the recommendations of an emergency board appointed by Biden.

The influential business lobby group said the sick leave vote “would impose an unworkable, one-sided modification to a labor agreement.”

Biden on Monday praised the proposed contract that includes a 24% compounded pay increase over five years and five annual $1,000 lump-sum payments, and had asked Congress to impose the agreement without any modifications.

There are no paid short-term sick days under the tentative deal after unions asked for 15 and railroads settled on one personal day.

“This all could have been avoided had the railroads been willing to provide their employees with a basic protection and what so many Americans already have: paid sick time,” House Transportation Committee chair Peter DeFazio said.

Eight of 12 unions have ratified the deal. But some labor leaders have criticized Biden for asking Congress to impose a contract that workers in four unions have rejected over its lack of paid sick leave.

Both Transportation Secretary Pete Buttigieg and Labor Secretary Marty Walsh are set to speak to Senate Democrats on Thursday about the rail labor issue.