Russia pummelled power facilities across Ukraine in the latest big wave of attacks on Monday at a time of the year when energy consumption usually rises because winter is setting in.

“As of 11:00 a.m. on December 8, because of damage caused by missile strikes to power plants and the high-voltage network, the system has a significant shortage of electricity,” grid operator Ukrenergo said.

It said the situation was complicated by the weather, with western regions facing frost, rain, snow and strong winds that were causing wires to ice over, but that the most difficult situation was in eastern areas where fighting has been fiercest.

“In all regions, there is a lack of energy – up to a third of what is needed,” said Oleksandr Starukh, governor of the Zaporizhzhia region in southeastern Ukraine.

Monday’s attacks began as emergency blackouts were due to end, with previous damage repaired. DTEK, Ukraine’s largest private power producer, said there were now emergency power cuts in the capital Kyiv and the Kyiv region, in the southern region of Odesa and in Dnipro in central Ukraine.

Russia, which invaded Ukraine in February, has increased attacks on energy facilities in recent weeks, saying strikes on vital infrastructure are militarily legitimate. Ukraine says attacks intended to cause civilian misery are a war crime.

Kyiv Mayor Vitali Klitschko warned of an “apocalypse” scenario for the capital this winter if Russian air strikes on infrastructure continue. He told Reuters there was no need for people to evacuate now, but they should be ready to do so.

Blackouts have become frequent and the government has urged the public to conserve energy by reducing use of domestic appliances such as ovens, washing machines, electric kettles and irons.

In the event of a total blackout, mobile communications, television and radio would work for at least three days, said Yuriy Shchygol, the head of the State Service for Special Communications and Information Protection of Ukraine. 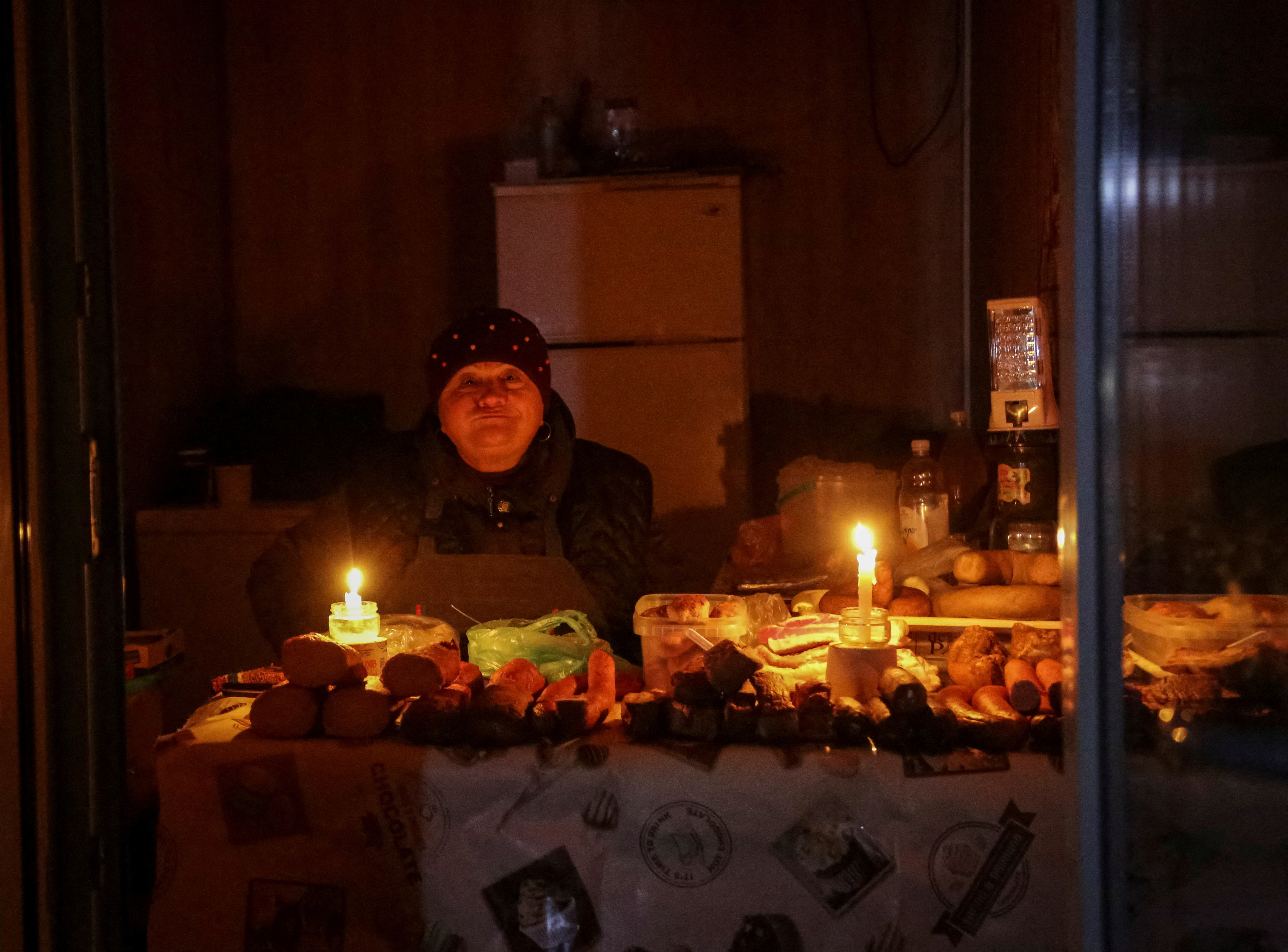 A vendor waits for customers in a small store that is lit with candles during a power outage after critical civil infrastructure was hit by Russian missile attacks, as Russia’s invasion of Ukraine continues, in Odesa, Ukraine December 5, 2022. REUTERS/Serhii Smolientsev/File Photo 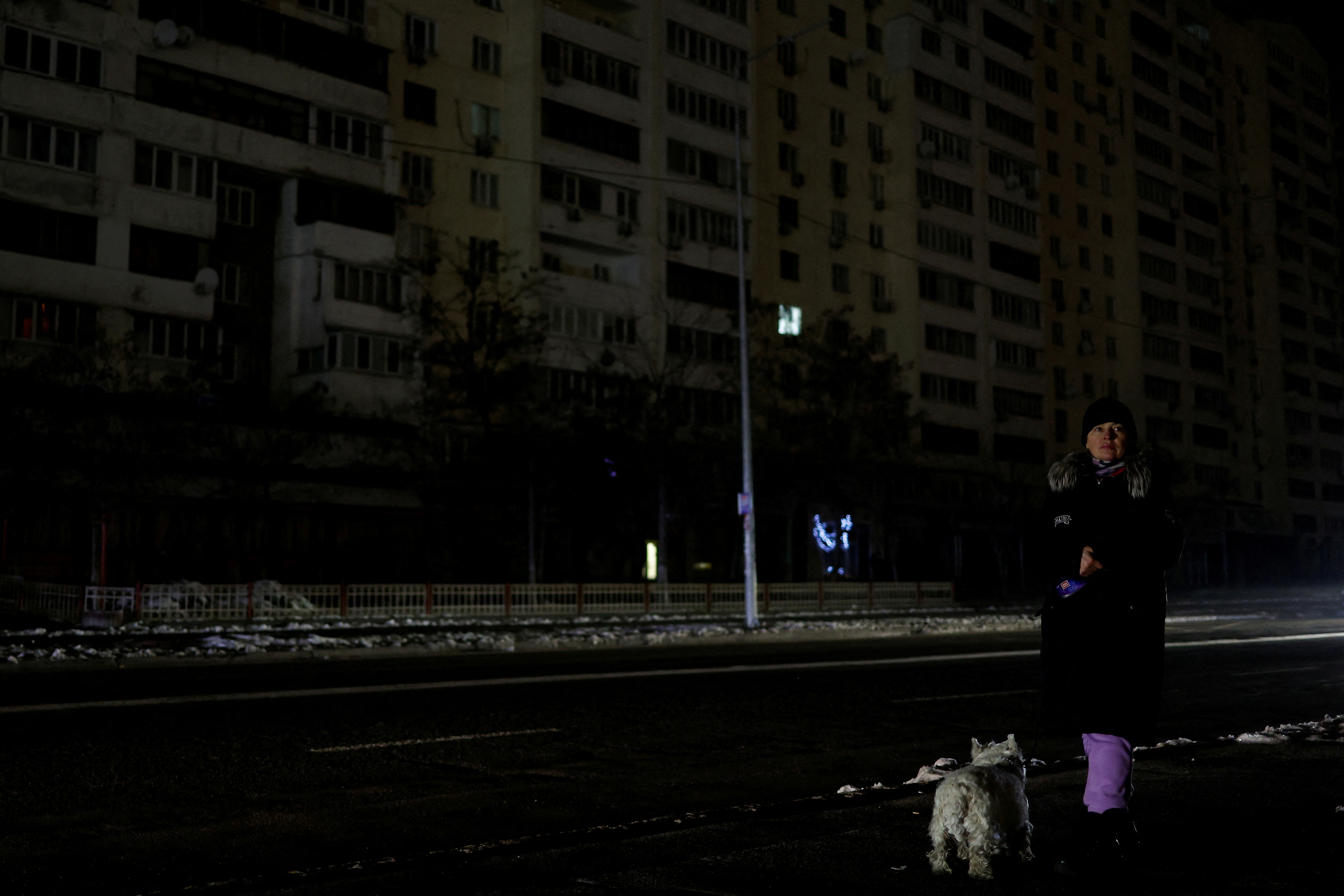 A woman with a dog waits for a bus in a street without electricity after critical civil infrastructure was hit by Russian missile attacks, amid Russia’s invasion of Ukraine, in Kyiv, Ukraine November 23, 2022. REUTERS/Valentyn Ogirenko/File Photo