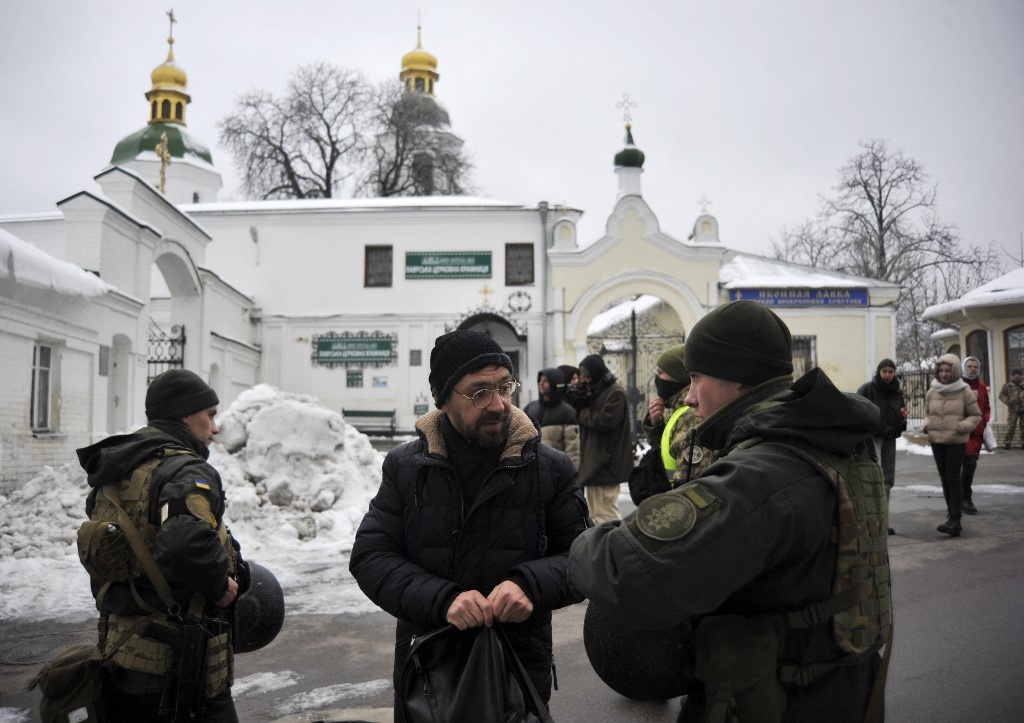 Ukraine’s security service said Wednesday it had seized “pro-Russian literature”, cash and interrogated dozens during raids of several Orthodox monasteries that spurred a backlash from the Kremlin.

The Ukrainian security service (SBU) said Tuesday it had conducted raids at locations including the 11th century Pechersk Lavra monastery in the capital Kyiv, a UNESCO Heritage site, over suspected links to Russian agents.

It is also the seat of a branch of the Ukraine Orthodox Church that was previously under Moscow’s jurisdiction but severed ties after Russia invaded Ukraine in February.

After searches in more than 350 church-linked facilities, the SBU said Wednesday it had turned up “pro-Russian literature, which was being used in seminary and parish schools, including for ‘Russian world’ propaganda”.

This terminology has been used to promote Russia’s political influence in ex-Soviet countries and President Vladimir Putin launched the Ukraine invasion claiming to protect Russian speakers there.

The SBU also said it had seized “more than two million Ukrainian hryvnias ($55,000), more than $100,000 and several thousand Russian rubles”.

Its statement said it had probed 850 people including Russian and Ukrainian citizens and that “more than 50 underwent in-depth counterintelligence interviews”.

“Some of them presented passports and Soviet-era military IDs or did not have original documents at all, but only copies of them, or had Ukrainian passports with indications of forgery or damage. In-depth checks are underway,” the SBU said in its statement.

The SBU also searched two monasteries and the local diocese in the region of Rivne in northwestern Ukraine.

A spokesman for the Russian Orthodox Church called the coordinated raids an “act of intimidation” against Ukrainian believers.

The Kremlin meanwhile denounced the searches as the latest chapter of Kyiv’s “war” against the Russian church.

Russia lost many Ukrainian parishes in 2019, when a historic schism fueled by the Kremlin’s land grab of Crimea and backing of a separatist insurgency in eastern Ukraine led to the creation of the Kyiv Patriarchate of the Orthodox Church