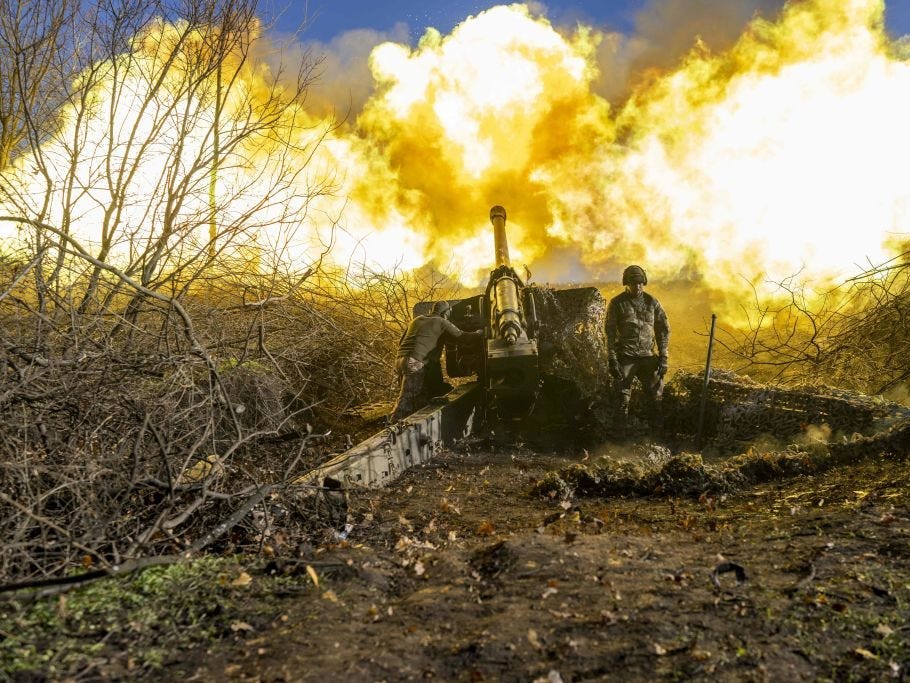 A Ukrainian soldier of an artillery unit fires towards Russian positions outside Bakhmut on November 8, 2022, amid the Russian invasion of Ukraine.

The Pentagon is sending a vast quantity of American ammunition from Israel to Ukraine to supply their urgent need for weapons to fight Russia, the New York Times reports.

The Israeli and American governments reached an agreement to send 300,000 155-mm shells to Ukraine, with Israeli representatives being motivated to do so in part to avoid conflict with the US, per the New York Times.

The stockpile was in place for the Pentagon to use in Middle East conflicts, but the Times reports that Israel also had access to the supplies to be used in military emergencies.

The report also details that more American arms could come from a South Korean stockpile.

The US is also buying 100,000 155 mm shells from South Korea that will be sent to Ukraine, Insider reported. 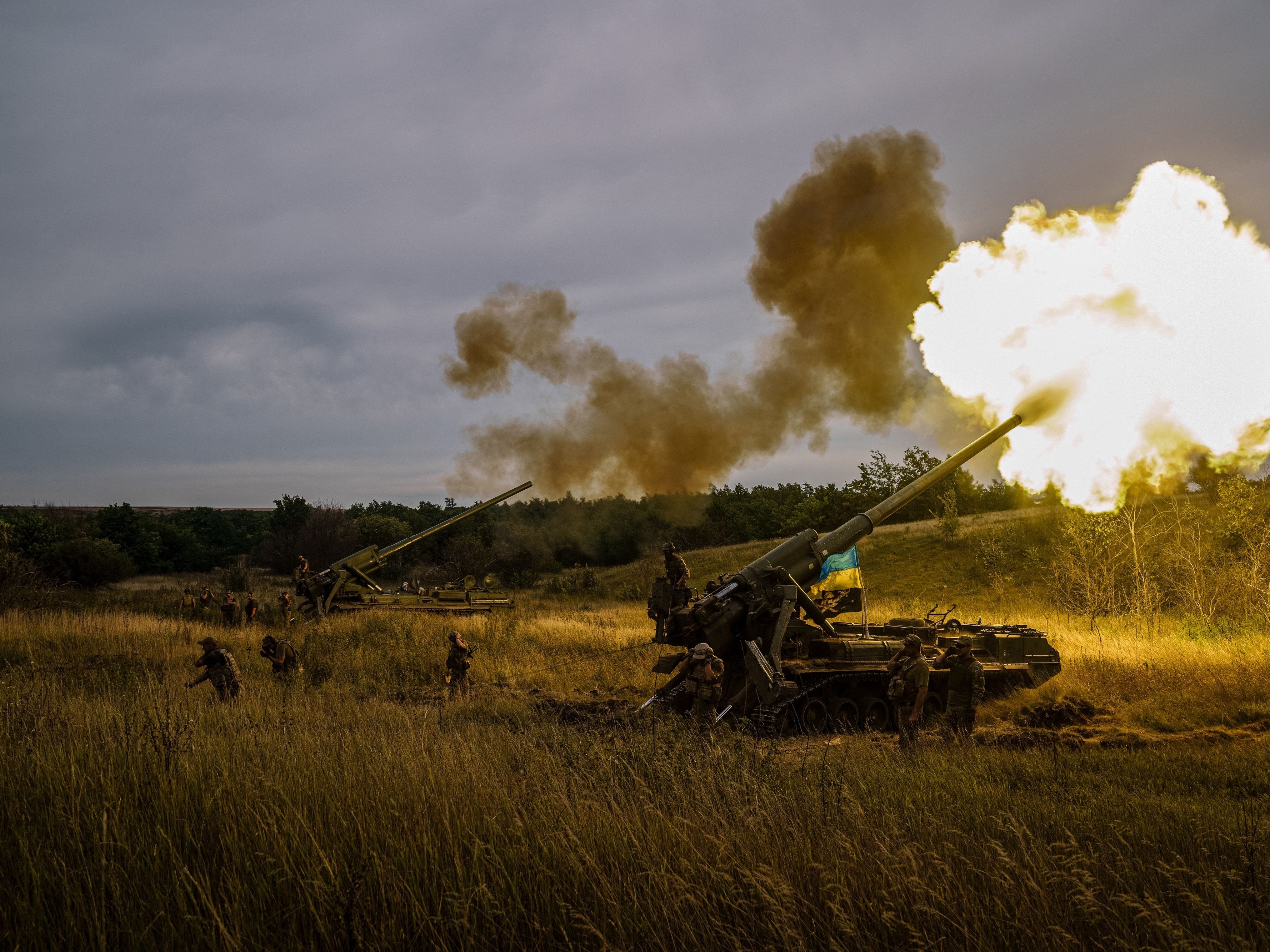 Ukrainian artillery unit fires with a 2S7-Pion, a self-propelled gun, at a position near a frontline in Kharkiv region on August 26, 2022.

In addition, Pakistan is sending 159 containers of artillery ammunition to Ukraine, according to India’s Economic Times.

The US scrambles for more ammunition to send to Ukraine comes as Russia and Ukraine gear up for expected renewed fighting in the spring.

Russia says it has launched a new offensive in Zaporizhzhia region

Artillery has been used heavily in the attritional war in the Donbas, eastern Ukraine, that began in the summer.  In November, the Pentagon estimated that Russia fired 20,000 shells daily, while Ukraine fired 4,000 to 7,000.

On Saturday, there were reports of new fighting on the previously dormant front in the southern Ukrainian region of Zaporizhzhia. Russian forces launched over 160 shelling attacks overnight aimed at 21 towns and cities, The Telegraph reported, in what Russia described as a new offensive.

Ukraine is to receive a haul of weapons and ammunition from allies. According to the BBC, nine European countries are sending support packages to Ukraine after meeting in Germany on Friday. The group includes the UK, Denmark, Estonia, Latvia, Lithuania, Poland, and the Czech Republic.

The packages include 600 Brimstone missiles from the UK, as well as self-propelled howitzers, anti-tank grenade launchers, and support vehicles.

Speaking in Estonia, UK Defence Secretary Ben Wallace said: “In 2023, it is time to turn the momentum that the Ukrainians have achieved in pushing back Russia into gains and push them back out of Ukraine and to restore Ukraine’s sovereignty, which is their right under international law,” per the BBC.

However, Ukraine has repeatedly called for a supply of hundreds of modern tanks, but it hasn’t been able to get its hands on the German-made Leopard tanks at the top of its wish list. And for the time being, that doesn’t seem likely to change, Insider reported.

Despite mounting pressure on Berlin to provide its own Leopards or, at the very least, allow others to send them, German Chancellor Olaf Scholz has remained hesitant.

Ukraine’s President Zelenskyy told German television: “You can absolutely keep talking like this for another six months, but here people are dying every day. If you’ve got Leopard tanks, just give them to us,” The Times reported.