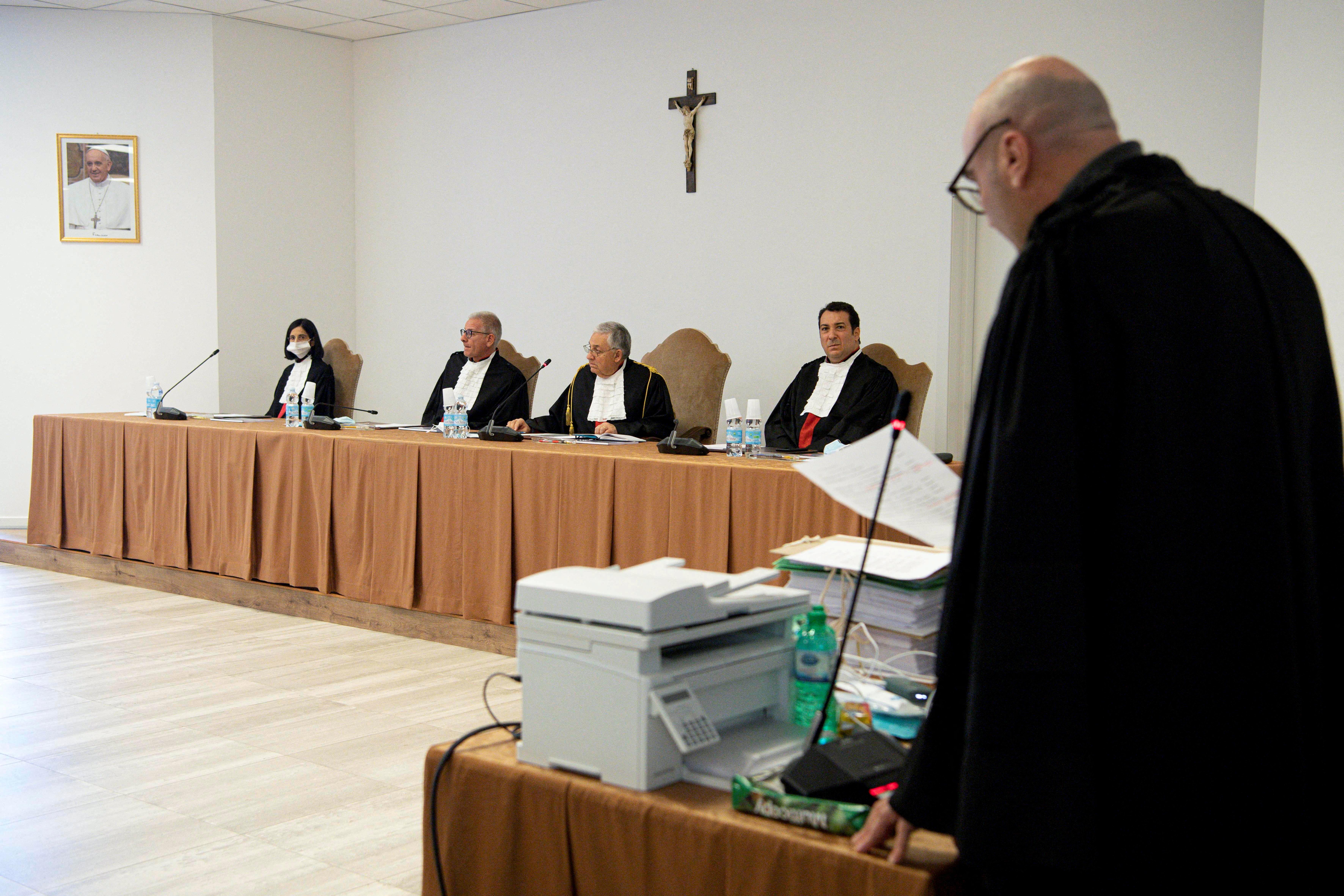 FILE PHOTO: A Vatican trial of 10 people accused of financial crimes, including Cardinal Angelo Becciu, resumes after a chief judge ordered the prosecution to give the defence more access to evidence and to question defendants who were not given the right to speak earlier, at the Vatican, November 17, 2021. Vatican Media/­Handout via REUTERS/File Photo

The recording was made without the pope’s knowledge by someone in a room with Becciu in July 2021, shortly before the trial began and while the pope was still recovering from major intestinal surgery, the court was told.

Reporters were asked to leave the room while the tape was played but lawyers who heard it said Becciu asked the pope to confirm that the pontiff had authorised a payment to help release a nun who had been kidnapped in Africa.

The lawyers said that on the call pope seemed perplexed and confused by why Becciu was calling and that the pontiff repeatedly asked the cardinal to send him a written note about what he wanted.

In 2018, Becciu, then the third most powerful person in the Vatican, hired co-defendant Cecilia Marogna, a self-styled security analyst, to free a Columbian nun who was kidnapped in Mali by an al Qaeda-linked group.

Marogna, 44, received 575,000 euros ($598,630) from the Secretariat of State, the Vatican’s most important department, in 2018 to 2019 when Becciu was working there. The money was sent to a company she had set up in Slovenia and she received some in cash, the court has been told.

The police discovered Marogna had spent much of the money for personal use, including luxury brand clothing and visits to health spas.

The chief prosecutor at the trial, Alessandro Diddi, told reporters on Thursday that he had begun a new tangent of his investigation in which he suspects Becciu of criminal conspiracy. He said he deposited the details with the court.

Becciu’s lawyers said in a statement they were not aware of any new accusations. The statement did not comment on the secretly recorded phone call.

A year before the trial started, Francis fired Becciu on suspicion of nepotism. Becciu denies doing anything to help his family financially.

On Thursday Becciu faced his main accuser, his former top aide Monsignor Alberto Perlasca. He told the court how he was ordered to make payments he considered unusual.

He said he sent 100,000 euros to a charity in Sardinia, not knowing at the time that it was linked to Becciu’s family.

Becciu has said the charity helped create jobs in a poor area.

The trial revolves around the purchase of a building in London by the Secretariat of State. The 10 defendants include former Vatican employees and Italian middle men who the prosecution says extorted the Vatican.