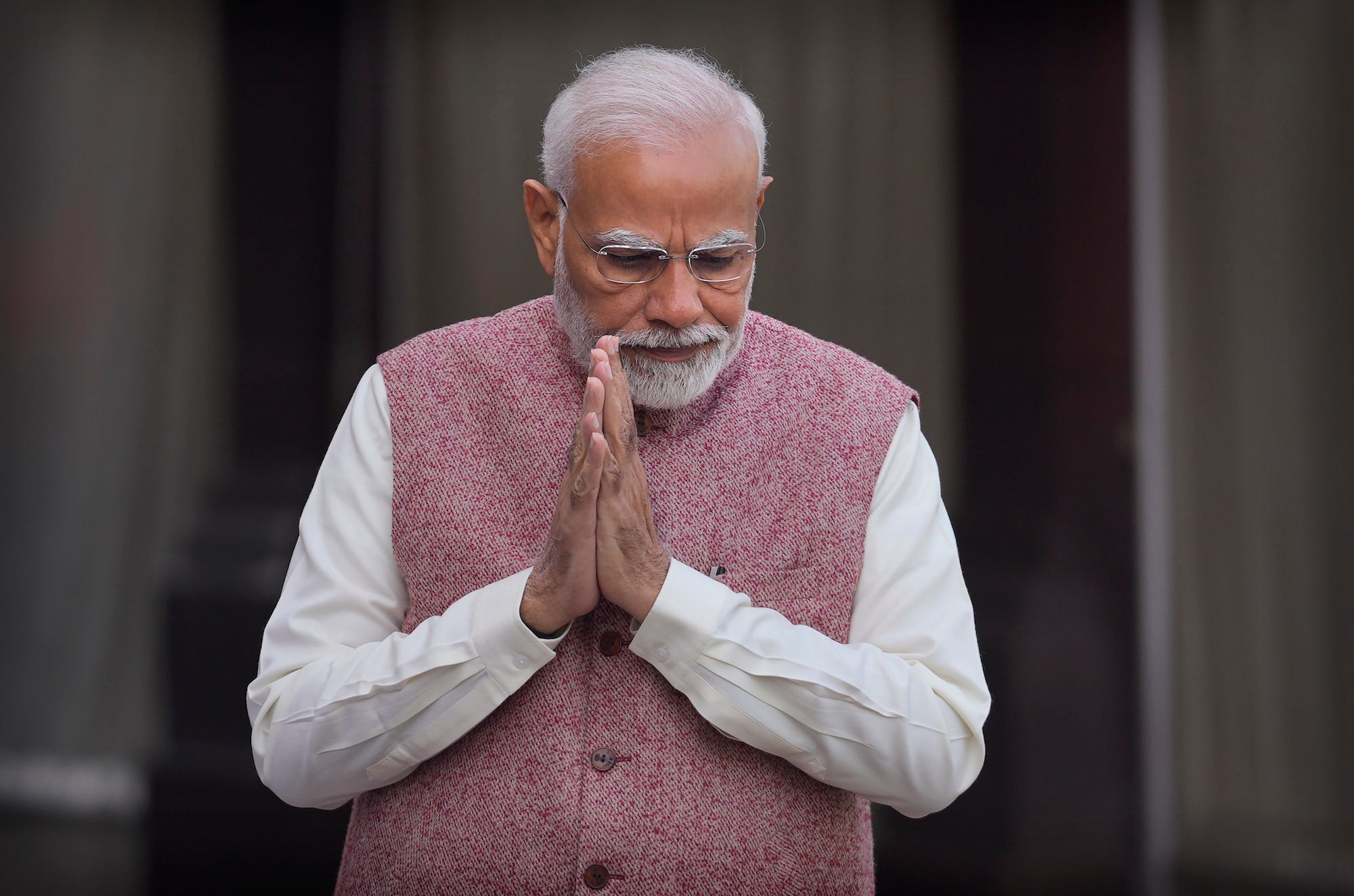 Indian Prime Minister Narendra Modi greets his cabinet colleagues as he arrives on the opening day of the winter session of the Parliament, in New Delhi, India, on December 7, 2022.

Links and videos of a BBC documentary about Indian Prime Minister Narendra Modi are being blocked on YouTube and Twitter in India.

The two-part documentary, “India: The Modi Question,” investigates claims about Modi’s involvement in the 2002 riots in Gujarat where he was serving as chief minister at the time. Over 1,000 people, mostly Muslims, were killed during the violence that was prompted by the murder of a group of 59 Hindu pilgrims.

Kanchan Gupta, a senior adviser to the Ministry of Information and Broadcasting, tweeted on Saturday that the office “issued directions for blocking multiple” YouTube videos showing the first episode of the documentary. The ministry also ordered Twitter to block “over 50 tweets with links to these YT videos,” he said.

He tweeted that the ministry is using “emergency powers under the IT Rules,” introduced by Modi in 2021, and that YouTube and Twitter have complied in India.

Modi is part of the BJP, or Bharatiya Janata Party, which has been India’s ruling political party since 2014 when Modi took office. He has denied contributing to the violence depicted in the documentary.

Gupta criticized the documentary on Twitter, calling it “hostile propaganda,” and “anti-India garbage.” He accused the BBC of having a “colonial mindset,” and said the documentary was “undermining the sovereignty and integrity of India.”

A YouTube spokesperson told Insider in a statement that, “The video in question has been blocked from appearing by the BBC due to a copyright claim.”

A spokesperson for the BBC said it “has not asked Twitter to remove any content relating to the documentary. As is our standard practice, we issue Takedown Notices to websites and other file sharing platforms where the content infringes the BBC’s copyright.” The documentary has been broadcast only in the UK on the BBC’s video on-demand service.

The spokesperson said the documentary “examines the tensions between India’s Hindu majority and Muslim minority and explores the politics of India’s PM Narendra Modi in relation to those tensions.”

“The documentary was rigorously researched according to highest editorial standards. A wide range of voices, witnesses and experts were approached, and we have featured a range of opinions – this includes responses from people in the BJP. We offered the Indian Government a right to reply to the matters raised in the series – it declined to respond,” the spokesperson said.

Two Parliamentary members of the opposition party All India Trinamool Congress, shared links to the documentary. Derek O’Brien’s tweet was removed; Mahua Moitra shared an archived link to the video but it longer works. In a tweet with the link she said, “Sorry, Haven’t been elected to represent world’s largest democracy to accept censorship.”

Twitter CEO Elon Musk responded to a tweet asking him about The Intercept’s article on removing the documentary and said it was the first he’d heard of it.

“It is not possible for me to fix every aspect of Twitter worldwide overnight, while still running Tesla and SpaceX, among other things,” Musk tweeted.

Musk has called himself  “a free speech absolutist,” but clarified in another tweet in April that, “By ‘free speech’, I simply mean that which matches the law. I am against censorship that goes far beyond the law.”